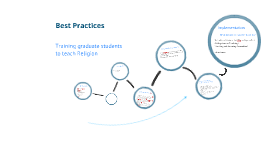 Transcript: 21st Century Skills Big Dreams Big Goals support to Get There Communication Collaboration Critical Thinking Technology Literacy We graduate students. Big dreams, big goals, and the support to get there. We might just start a movement Presented by, Jocelyn Mir 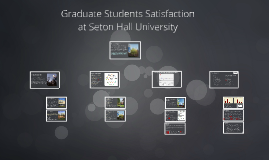 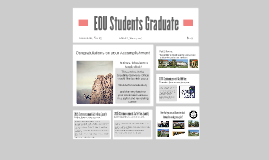 Transcript: Good Luck and Best Wishes from Pat Arnson and Lynne Tilley 8:00 a.m. – Commencement Check in and Continental Breakfast – Quinn Coliseum 9:00 a.m. – Teaching & Administrative Professionals Continental Breakfast – New Practice Gym (Old Pool) 10:00 a.m. – Commencement Ceremony – Community Stadium We are looking forward to seeing you at Commencement. Friday, June 12, 2015 8:30 a.m. EOU Students Graduate Congratulations on your Accomplishment $1.25 2015 Commencement Activities (cont) 10:00 a.m., No. 85 Saturday, June 13, 2015 At times, it has been a tough climb! 2015 Commencement Activities Saturday, June 13, 2015 8:30 a.m. 2015 Commencement Activities (cont) Now that you are an Alumni we look forward to seeing you again! Pat & Lynne Would like to thank you for your service to the DSO and to our students. 8:30 a.m. – Commencement Rehearsal, Quinn Coliseum 10:00 a.m. – OHSU 34th Annual Convocation & Awards Ceremony – McKenzie Theater – EOU Campus 11:00 a.m. – Honor Sociey of Phi Kappa Phi Induction Ceremony & Reception – Hoke 339 1:30 p.m. – EOU Student Awards Assembly – McKenzie Theater. Reception follows in Lobby. 5:00 - 7:00 p.m. – EOU Off Campus Graduation Celebration – David E. Gilbert Hall. Hope to see you all at the Awards Assembly! Those of us in the Disability Services Office would like to wish you a Wonderful Graduation, and the very best for your continued success in a joyful and rewarding career. * OHSU – Sigma Theta Tau Induction Ceremony – EOU Campus. This is an event to honor the students who are being inducted into Sigma Theta Tau International (the Nursing Honor Society). Family members and friends are invited to this ceremony. Thursday, June 11, 2015 4:00 p.m.

Transcript: Each Department Student Organization (DSO) is provided with 1 position of DSO Representative per 100 students, with a minimum of 1 DSO Representatives. DSO can represent any academic unit devoted to a particular field of study and recognized by the GPSC (e.g. department, program, college). DSO Representatives are elected every September and vacancies are fulfilled through the Assembly under recommendation of the DSO. Having a DSO in Good Standing (or in probation) allows students to receive funding by the GPSC. DSOs are put in probation for a temporary period while they fulfill the Good Standing requirements. Departmental Student Organizations (DSO) Representatives Graduate & Professional Students At-Large Representatives Each College and School within the University of Arkansas is provided with 3 positions of At-large Representatives that are representing all graduate and professional students enrolled in their College. At-large Representatives are elected every April and vacancies are fulfilled through the President. GPSC Cabinet GPSC Assembly Standing University Committees President Vice President Secretary Treasurer Standing University Committees 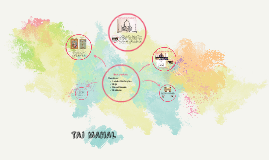 Transcript: Mumtaz Mahal Mumtaz died at young age of 39 years on June 17, 1631 due to postpartum haemorrhage and from complications related to repeated childbirth. These were preventable causes of maternal mortality, which are still common in India today. Despite great advances in medicines and technology in the last 382 years since then, many women in India still suffer the fate of Mumtaz The base structure is a large multi-chambered cube with chamfered corners forming an unequal eight-sided structure that is approximately 55 metres (180 ft) on each of the four long sides. Each side of the iwan is framed with a huge pishtaq or vaulted archway with two similarly shaped arched balconies stacked on either side. This motif of stacked pishtaqs is replicated on the chamfered corner areas, making the design completely symmetrical on all sides of the building. Four minarets frame the tomb, one at each corner of the plinth facing the chamfered corners. The main chamber houses the false sarcophagi of Mumtaz Mahal and Shah Jahan; the actual graves are at a lower level. Inspiration(Dashnyam) Architecture And Design (Purevdaavuu) History of Taj mahal building (ShirBazar) Tomb(Shijir) Members: Header Dashnyam Shijir PurewDaawuu ShirBazar Tomb of the Taj Mahal The buildings are constructed with walls of brick and rubble inner cores Posthumous portrait of Mumtaz Mahal, wife of Mughal Emperor Shah Jahan (1592 - 1666) Construction began in 1632 AD, (1041 AH) In 1631, Shah Jahan, emperor during the Mughal empire's period of greatest prosperity, was grief-stricken when his favorite of three wives and beloved companion, Mumtaz Mahal, a Persian princess, died during the birth of their 14th child, Gauhara Begum. Construction of the Taj Mahal began in 1632. The court chronicles of Shah Jahan's grief illustrate the love story traditionally held as an inspiration for Taj Mahal.The principal mausoleum was completed in 1643 and the surrounding buildings and garden were finished about five years later. Love history of Taj mahal The Taj Mahal, a wonder of the world and world heritage (cultural) site, is a magnificent specimen of Mughal architecture. Most people know the Taj Mahal, a mausoleum in Agra, India, as a monument of love symbolizing the eternal love of a Mughal emperor Shah Jahan towards his wife Mumtaz. However, not many are aware that the Taj Mahal also tells the story of maternal death and, by extension, a host of issues surrounding it that is emblematic of reproductive health in India. The bricks were fired locally and the sandstone was quarried 28 miles (45 km) away near Fatehpur Sikri. Shah Jahan Tomb Taj MAHAL Best students Costs : Initial estimates for the cost of the works of 4,000,000 rupees had risen to 5,000,000 by completion Over 1,000 elephants were used to transport building materials during the construction. Shahabuddin Muhammad Shah Jahan (5 January 1592 – 22 January 1666) The tomb is the central focus of the entire complex of the Taj Mahal. It is a large, white marble structure standing on a square plinth and consists of a symmetrical building with an iwan (an arch-shaped doorway) topped by a large dome and finial. Like most Mughal tombs, the basic elements are Persian in origin. Taj mahal 22.44 hectares (55.5 acres) Architecture And Design