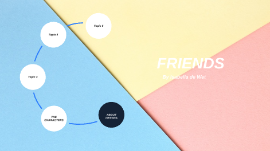 Transcript: By: Luke Page The amazing class trip. Trip Gold Coast of Australia This beautiful city was the best class trip of my life, heres why... Why the Gold Coast? Why it was great. The scenery was breath taking. Beachs! reason 2 If beaches are your thing, the Gold Coast is perfect for you. The coastline stretches for 57 kilometers and you can pick from 20 different beaches. Surfers Paradise Beach Pictures Pictures beachs Learn to surf reason 3 Chart Chart Timeline Timeline YEAR Topic 4 Topic 4 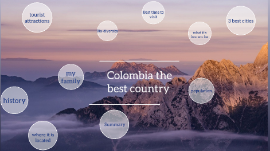 Transcript: Colombia the best country In the North-Western corner of South America Near the equator Where is Colombia? where it is located History history was formed as a nation in 1810 and declared independence from spanish domination civil war began in 1948 Colombia declared a fued against drug dealers (FARC and Pablo Escobar) with the help of USA Relatives in Colombia my family most of my family lives in Colombia Visit them once a year a large family spend holidays together best time of year tourist attractions Places to visit as a tourist: attraction where it is Museum of gold Rosario Islands Coffee Park Salt Cathedral Bogota Cartagena Armenia Chia Rainforests Thousands species of birds Pink dolphins (in amazon) Jaguars Different species of flowers Many bodies of water (fresh water) Colombia has the largest number of terrestrial mammal species. Has a ton of bio diversity: Bio-diversity some animals and plants Anytime!! Weather is the same all year close to equator especially Christmas always warm sometimes rains best time to take a trip to Colombia: Best time to visit https://youtu.be/VH2YG559lGQ Video Colombia is known for: what it's known for Colombian coffee Soccer Oceans authentic food people famous people natural resources (emerald and gold) tropical landscapes In my opinion, the three best cities in Colombia are: Cartagena Bogota Cali Three best cities: 3 best cities Cartagena Bogota Cali 49.07 million people live in Colombia population is very diverse 99.2% of the population speaks spanish 80% of the population is catholic about population: population info graphic Colombia is the best country because of: it's unique culture it's welcoming environment it's beautiful cities it's bio-diversity This why I think that Colombia is the best country Thank you! In conclusion: Summary 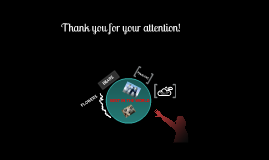 Transcript: BEARS FLOWERS BEST IN THE WORLD nALKSJCM;K PENGUINS lARGR Big and SMALL WE CREATE OUR OWN LUCK Thank you for your attention! 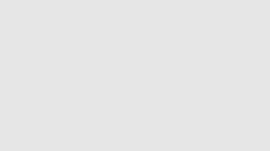 Transcript: Best Place Ever The best place Toronto Toronto is a city that is made up of culture and history. Toronto is at the southern part of Canada next to lake Ontario and has the most richest soil for farm land in Canada. Toronto has a lot of culture within the biggest historical museums in Ontario and the Ontario Science center, and the multiple Art and music theaters in Toronto. Toronto's Science museum Ontario science museum Video YouTube video Places in Toronto Tourist Attractions Places to visit in Toronto Places to visit Restaurant Topic 3 Toronto economics Toronto's economics GDP GDP country Population GDP 09:00 10:00 11:00 12:00 13:00 Summery Summery 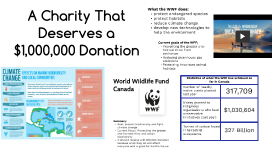 Transcript: What the WWF does: protect endangered species protect habitats reduce climate change develop new technologies to help the environment A Charity That Deserves a $1,000,000 Donation Current goals of the WFF: Preventing the greater one-horned rhino from extinction Reducing greenhouse gas emissions Protecting important animal habitats Statistics of what the WFF has achieved so far in Canada World Wildlife Fund Canada Number of healthy native plants planted last year 317,709 $1,030,604 Money granted to indiginous organisations who lead conservative innitiatives (last year) Tonnes of carbon found in terrestrial ecosystems 327 Billion Summary: Goal: protect biodiversity and fight climate change Current Focus: Protecting the greater one-horned rhino and ocean biodiversity It should receive a $1,000,000 donation because what they do will affect everyone and is good for Earth's future 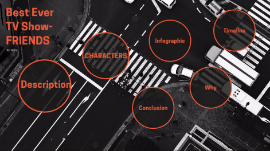 Transcript: Best Ever TV Show- FRIENDS By: Addy Friends is a 20 minute sitcom created by David Crane. The show is about the lives of six friends; Rachel Green, Ross Geller, Monica Geller, Joey Tribbiani, Chandler Bing and Phoebe Buffay. They are six 20 something year-olds, supporting one another and living in New York City. Over the course of ten years, these basic characters go through a lot of commotion including family trouble, romances, fights, laughs, tears and surprises. Description Description Theme song Video https://www.youtube.com/watch?v=Niu9Zmrx0p8 Characters! CHARACTERS Played by Lisa Kudrow, Phoebe is best friends with Monica Geller and Rachel Green, along with their neighbors, Chandler Bing and Joey Tribbiani, and also Monica's brother Ross Geller. She plays guitar and sings at Central Perk. Pheobe Buffay Phoebe Played by Matthew Perry. Chandler is known for his sense of humour. He lives with his best friend Joey Tribbiani. He moved to New York City and lives across the hall from Monica and, through her meets Phoebe Buffay. Chandler Bing Chandler Played by Courtney Cox. Monica is portrayed as a very organized character known as a neat freak. Monica also likes to be in charge especially when it comes to being the head chef at her restaurant. Monica Geller Monica Played by David Schwimer Ross is smart, polite, caring and has a Ph.D. Ross is often clumsy and socially awkward. He hangs out with the group which also includes his sister Monica. Ross Geller Ross Played by Jennifer Aniston, Rachel Green is a spoiled yet courageous character. She leaves her home life and ends up in New York City reuniting with her high school best friend Monica. Rachel Green Rachel Played by Matt LeBlanc, Joey is an Italian-American struggling actor, he lives with his best friend Chandler Bing. Joey is characterized as dim-witted, but means well, he is also very loyal, caring, and protective of his friends. Joey is considered a ladies man but he also has a bit of a childish side. Joey Tribbiani Joey Chandler is hilarious. Phoebe's craziness is a great part to the show. Monica is the most relatable character. Ross and Rachel have the most iconic relationship. But my favourite character is Joey because he is funny and makes dumb choices. He has good self esteem and is kind and respectful. He has all the good qualities that make up a character. My Favourite Character My Favourite Character Chart Monica Rachel Pheobe Chandler Joey Ross Bossy Orginized Neatfreak Smart Extroverted Outgoing Talkitive Empathetic Crazy Doesn't care what others think Outgoing Kind Hearted Funny Private Talkative Caring Unintelligent Funny Loyal Boring Smart Sweet Awkward Personality Traits Infographic Infographic Season 5, Episode 9: “The One With Ross' Sandwich” Season 4, Episode 23/24: “The One With Ross' Wedding” Season 5, Episode 8: “The One With All The Thanksgivings” Season 2, Episode 7: “The One Where Ross Finds Out” Season 2, Episode 14: “The One With The Prom Video” Best Episodes Chart Timeline (Season 1) Timeline Rachel moves in with Monica Ross's ex wife (Carol) is pregnant Pheobe receives $7000 Ross likes Rachel Monica and Ross's grandma dies Thanksgiving episode Ross buys a monkey Chandler and Joey buy a foosball table Pheobe dates a shrink that analyzes the group Carol has the baby Why Friends Is The Best Ever TV show Why Friends is the best ever TV show because the show never gets boring, you can watch the episodes in a random order. Even though the show is mostly funny it has dramatic parts to it which makes it more interesting. In conclusion, the 10 seasons in friends never get boring. It is so easy to pass the time when there is nothing to do, since they are only 20 minutes long. Friends is a really good show that you guys should definitely watch if you haven't already Conclusion Conclusion