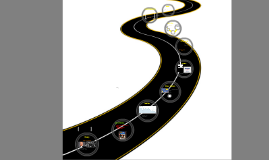 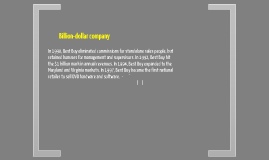 Transcript: Billion-dollar company Where they stand and what they offer In 1990, Best Buy eliminated commissions for standalone sales people, but retained bonuses for management and supervisors. In 1992, Best Buy hit the $1 billion mark in annual revenues. In 1994, Best Buy expanded to the Maryland and Virginia markets. In 1997, Best Buy became the first national retailer to sell DVD hardware and software. Richard. M. Schulze founded Sound of Music in 1966 which later became Best Buy and was the first CEO of it. Many other CEO's have come and gone but the most recent is G. Mike Mikan . In 1966, Richard M. Schulze and business partner Gary Smoliak opened Sound of Music, an audio specialty store, in Saint Paul, Minnesota In 1967, Sound Of Music acquired Kencraft Hi-Fi Company and Bergo Company. Two additional Sound of Music stores were opened near the University of Minnesota and in downtown Minneapolis. The Sound of Music ended its first year with gross sales of $173,000 (USD). On June 14, 1981, a tornado hit the Roseville, Minnesota store. Sound of Music responded with a "Tornado Sale," (with the sale promoted as a "Best Buy") and it became an annual event. In 1983, Sound of Music's board of directors approved a new corporate name: Best Buy Co., Inc What They Offer Best Buy is currently rank 53 in the fortune 500 and they are making a climb to the top. Best Buy offers a lot to the society they have one of the best customer services and they offer just a wide verity of product there if you need anything electronic that is definitely the place to go. The CEO The Best Buy Headquarters is located in Richfield Minnesota. Best Buy has gone international so there are approximately twelve hundred stores in the Best Buy arsenal at this moment. There will be more to come. Business Headquarters Best Buy sells consumer electronics as well as a wide variety of related merchandise such as computers, software, video games, music, DVDs, Blu-ray discs, mobile phones, digital camera, car stereos and video cameras, as well as home appliances (washing machines, dryers, and refrigerators), in a non-commissioned sales environment. Each store also includes installation of car audio and video equipment, on-site installation services, as well as a Geek Squad "precinct" for computer repair and warranty service and accidental service plans. Best Buy By: Miles Davis 21st Century Office The History 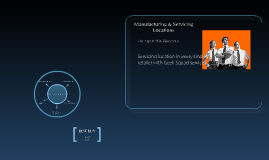 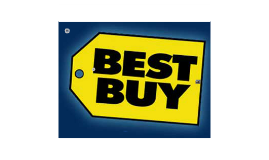 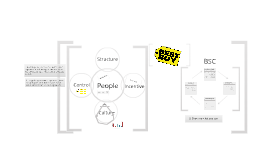 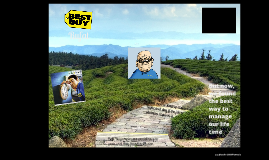 Transcript: Best Buy employees would have to work until they found a solution That means staying at work all night and day if the job or situation requires it But now, we found the best way to manage our life time Creative Languages Rufat (cc) photo by Jakob Montrasio Analytical 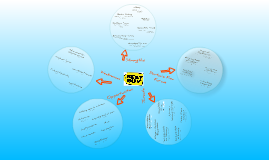