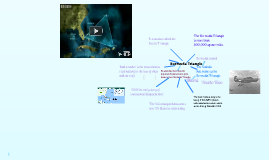 Transcript: The Isalnds that make up the Bermuda Triangle Bermuda island Miami Peurto Rico The most Famous story is the loss of 5 U.S.NAVY planes wich vanished in a severe storm on the 5 the of December 1945 The Bermuda Triangle is more than 500,000 square miles It was also called the Devils Triangle Its said that more than 50 ship and 20 planes have gone down in thev Bermuda Triangle The US coastyard answears over 20 disstress calls a day 1950 the early story of unseasonal disappearance Bad weather is the most obvious explenation for the loss of ships and aircraft Bermuda Triangle 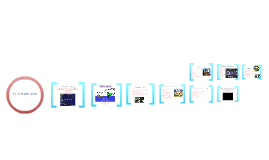 Transcript: A viable theory for the disappeance of Flight 19 Dec. 2nd, 1945- 5 U.S. planes left- and never returned weather average, scattered showers, rough sea 4pm- message to the pilots Compass malfunctioning Fuel ran out at 8 Crash into the ocean My thoughts: Into the Bermuda Triangle storms human errors piracy fires naviagational errors structural/ mechanical failures lack of seamanship/ knowledge Gulf Stream Compass can be 60 degrees off Pirates! Sinking ships exgtraterriestrial beings Atlantis-type people supernatural events evil spirits Pro-Bermuda Info Bermuda Triangle Disappearances in the Bermuda Triangle are facts that have led to much theorizing and even wild explanations" -Gian Quassar Gian on TV- so it must be real, right? ;) Into the Bermuda Triangle BermudaTriangle.org U.S. Navy officer S. D. Sigsby- derelicts missing vessel list from Coast Guard NTBS-30 missing aircrafts Larry Kusche counters theories: aliens, magnetic forces, methane eruptions, etc. finds faulty accounts LLoyd's of London many accidents does not equal a mystery high traveling! "A big hand appeared, and the plane crashed into the water like this" Navy Explanations And now from the experts... Only possible viable source was Quassar the Navy, Coast Guard, UnMuseum, etc. deny existence-go with the pros on this one... Hype was in the 70s- to most people, this is a dead topic reading a little too deep? As a critical thinker in training, ask what is more logical? The Bermuda Triangle- Solved VS U.S. Navy and U.S. Coast Gaurd say NAH "a mythical geographic area located off the Southeastern coast of the U.S." U.S. Board of Geographic names denies the Triangle's Existence Either these entities are all lying, or some people just let their imaginations run wild The Disappearance of Flight 19 Theories 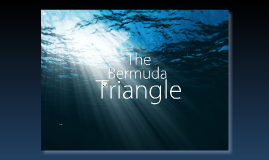 Transcript: Also known as devils triangle Trapped? The Bermuda Triangle is an area between Miami, Peurto Rico and Bermuda Island. It is a very commonly travelled route even though people say it's dangerous. Flight 19 started on December 5th, 1945. Five Avenger torpedo bombers lifted into the air from the Naval Air Station at Fort Lauderdale, Florida, at 2:10 in the afternoon. It was a routine practice mission and the flight was composed of all students except for the Commander, Charles Taylor. The mission called for Taylor and his group of 13 men to fly east 56 miles to Hens and Chicken Shoals to conduct practice bombing runs. When they had completed that objective, the flight plan called for them to fly 67 miles east, and then turn north for 73 miles and finally straight back to base, a distance of 120 miles. This course would take them on a triangular path over the sea. Thats when they started to lose radar and at the end was a dissapearence ...later a rescue team went to go search for them but not long after they dissapereared.. USS Cyclops dissapeared with a crew of 309 went missing in March 4, 1918. it was the largest loss of life in the US navy not related to combat. By : Nikola and Natasha The End By: Nikola and Natasha The last ones are that rouge waves(Tsunami high like waves that occur randomly in the ocean)have also capsized ships. The second one is that magnetic variations make compasses not point to true north. Triangle Citations Some theorize that the gulf stream(A river goin through the bermuda triangle) carries ships in its current if they have a failing engine. ships, planes, people... The Bermuda Triangle is on record as causing disappearances for at least 500 years Dale, Calder R. "The Enigma of the Atlantic: the Sargasso Sea, with Its So-called Bermuda Triangle, Has Terrified Mariners and Intrigued Scientists for Centuries: Magazine of the Royal Ontario Museum." ROM Summer 1997: 0-12. CBCA Reference & Current Events. Web. 20 Oct. 2011. <http://search.proquest.com/docview/199511649/132884ED96E392E6F54/1?accountid=44331>. Citation Website Flight 19 was a squadron of TBM Avenger bombers were doing a training exercise over the triangle but they never were heard from so sent a rescue mariner aircraft after them but the mariner was never heard from again as well. "Bermuda Triangle." Wikipedia, the Free Encyclopedia. Wikipedia. Web. 25 Oct. 2011. <http://en.wikipedia.org/wiki/Bermuda_Triangle>. www.easybib.com lost sea... Events of the Bermuda Triangle The NO RETURN!?? Another theory is that methane hydrates on seas continental shelves lower the density of the water making ships sink before they know it. no radar... dated since 1950... mysterious... Bermuda Natural Causes 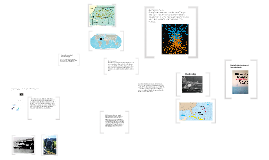 Transcript: The Bermuda Triangle, also known as the Devil's Triangle, is a region in the western part of the North Atlantic Ocean where a number of aircraft and surface vessels are said to have disappeared under mysterious circumstances. Kusche ship On October 30, 1954, Flight 441 was a huge carrier that belonged to the US Navy. The Bermuda Triangle is a windy yet sunny place. It's temperature is usually around 60-100+ degrees. The Bermuda Triangle doesn't have distinct seasons. The bermuda Triangle has winds that are normaly around 10 miles m.p.h Charles Berlitz's book named 'bermuda triangle' here are some of the top and most popular theories of Bermuda Triangle that try to explain and solve the mysteries of disappearances. Methane Gas in Bermuda Triangle PBM Martin Mariner: When the hopes for Flight-19 was quickly fading, two Martin Mariner planes were sent by US Navy to search them out. One came back, but strangely the other didn't. - suddenly Flight 441 simply vanished. The disappearance of Flight 441 remains as one of the biggest mysteries of Bermuda Triangle. S Bermuda Triangle Flight 19 was disappeared during a United States Navy overwater navigation training flight from Naval Air Station Fort Lauderdale, Florida. What is it? The Sargasso Sea This strange sea that has no shores but bounded by ocean currents on all sides, has been the trap for many vessels in the past. Many ships were believed to have become completely motionless here and later found in derelict conditions without a soul on them. Geomagnetic fields Strange disappearances in the Bermuda Triangle have been linked with evidence of compass and navigational problems, making geomagnetic fields a real, plausible case for disappearances in the Triangle. If this gas gets released, water density in that area can reduce significantly and the water can no longer provide the buoyancy required to keep a ship afloat. The Methane Gas theory for disappearances of ships and planes in Bermuda Triangle was not much popular until 1998, when Dr. Ben Clennell of Leeds University England, delivered a lecture at Wales. One of the first stories connected to the Triangle legend and the most famous ship lost in the region was the USS Cyclops which disappeared in 1918. The 542 foot long Cyclops was launched in 1910 and served as a collier ( a ship that carries coal) for the U.S. Navy during World War I. Famous theories about Bermuda Triangle The Bermuda Triangle (a.k.a. the Devil's Triangle) is a triangular area in the Atlantic Ocean bounded roughly at its points by Miami, Bermuda, and Puerto Rico. The Bermuda Triangle is famous for the disappearences of over 66 airplanes and ships. The most famous disapearance is an airplane called flight 19. Where is it located? The most famous case attributed to the Bermuda Triangle is the disappearance of Flight 19 and a search plane sent after them on December 5, 1945. In all, 27 men and 6 aircraft never returned home. It is known that large amounts of Methane gas are trapped thousands of feet below the seafloor. 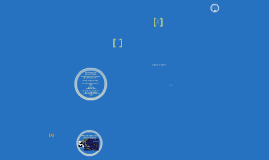 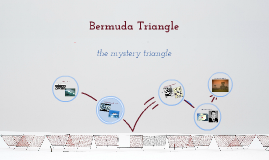 Transcript: Bermuda Triangle Now a video of flight 19 the mystery triangle What is it? Who had survived it? Thank you for your attention who has been there? What happends in it? Flight 19 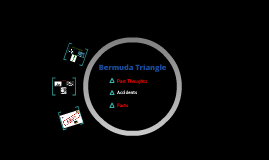 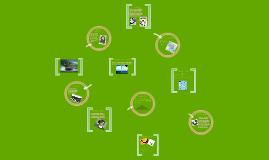 Transcript: Christopher Colubus Strange disappearances happen here without any evidence. When people fly or sail into the Bermuda Triangle, it is said that they lose radio contact and the compasses start to malfunction. It is called Devil's Sea because many people go missing with no evidence on how it happened. Charles Lindbergh What "Strange" Features Does It Have He was one of the first to record what happens in the triangle. He said that fag gathers around the place or boat which is cause by a magnetic pull. This makes compasses malfunction Flight 19 is a training flight when 5 fliers were on their way to the Bahamas. There was a report that each plane's compass started to malfunction. They got off track when the lost radio contact. Where is it located? Does It Really Exist? What Happens There? It remains a mystery, but some say that there is glowing water and a glowing green fog there. How Big Is It? The real size is unknown but people say that it is 500,00 square miles. The Bermuda Triangle Located near Japan, only 100km for Tokyo, there is a place that has some of the same features as the Bermuda Triangle. Some say that the islands there appear and disappear due to the active volcanoes here. At a time when Japan was at war, it was said that many planes and boats that went through this went missing. Others say that the boats were only fisherman. Located off the Florida coast and borders San Juan and the Bermuda Islands in The Atlantic Ocean. Flight 19 Devil's Sea Dragon's Triangle He sailed through the Bermuda Triangle and said the it was weird so he sailed out of it. He claims that a fireball hit the water near his ship. Many U.S. Coast Guards say that the Bermuda Triangle isn't a real place. There is nothing that can give evidence that it exists. There are no extraordinary factors that more than 1 person has recoreded.