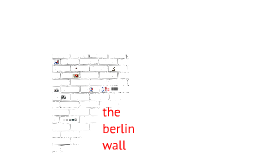 Transcript: $13bn industry Doctor Marshall Plan Wages Reparations Freedom of speech Hells no! $10bn 20% at least our zone is bigger! $1.5bn the berlin wall Skilled factory worker Fuller shops sooner a wall than this! Get your troops out of Berlin! losers! 2.7m Dentist 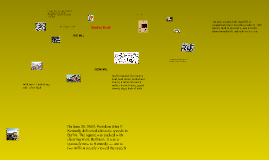 Transcript: Berlin Wall First Wall Built August 15, 1961 1st wall built overnight of barbed wire and concrete dividers Sunday morning the country was separated Second Wall Wall consisted of no man’s land, land mines, barbed wire fences, reinforced concert walls, electric fences, guard towers, dogs, beds of nails Wall was 43 miles long and 12 feet high On June 26, 1963, President John F. Kennedy delivered a historic speech in Berlin. The square was packed with cheering West Berliners. It was a spectacle new to Kennedy — one to two million people viewed the speech Between 1961 and 1989, the wall prevented almost all emigration. Communism fell on November 9, 1989 The date on which the Wall fell is considered to have been November 9, 1989 but the Wall in its entirety was not torn down immediately and took over a year. East Electric Fence West 12 foot Fence No Man's Land Guard Tower 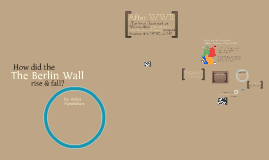 Transcript: The GDR was through sharing East Berlin. Another plan had been set for the final force to push the Allies out of Berlin. Constructing the Wall Berlin, the capital of Germany was on the Soviets sector. august 13, 1961: East Germany (Soviet) form by: Kailyn Handrahan The Soviet Union and the Western Allies (United States, Great Britain & France) occupied Germany after WWII, in 1945. The Berlin Wall These are the boundaries within Germany after WWII. Berlin Airlift An agreement had been set to also divide Berlin amongst the countries to share. After WWII: How did the Citizens of Berlin woke up to a city divided between East & West Berlin. By the end of the 1950's: In June of 1948, the Soviets closed down all highways, railroads and canals with the goal of the other countries not being able to get the proper supplies or food and eventually drive them out of Berlin. This supplying technique lasted for about a year, shipping 2.3 million tons of cargo into West Berlin. The Soviets eventually grew sick of sharing Berlin. East Berlin formed the German Democratic Republic in attempt to "defend Communism" but really also prevent emigration from East to West, capitalist Berlin. rise & fall? Germany's Eastern Government [GDR, German Democratic Republic] Instead of retreating, the United States had the idea of delivering goods through the air. 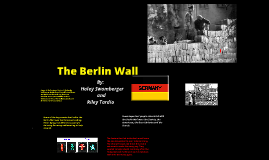 Transcript: The Berlin Wall The factors that led to the Berlin wall were the soviets wanted to over take Germany. The US and France and Great Britain did not want to make Germany pay. They wanted to help rebuild Germany after the Holocaust and make sure no evil dictators took over Germany again. Some important people associated with the Berlin Wall were the Soviets, the Americans, the Great Britains and the French. Some of the key events that led to the Berlin Wall was the Holocaust ending, Hitler dying, the different country's claiming Germany and wanting to help rebuild. Some of the lasting effects of the Berlin Wall are, in Berlin here the wall stood there are bricks on the road too show you weather or not you would be on East Germany or West. The walking signals are different for West and East By: Haley Swamberger and Riley Tardio 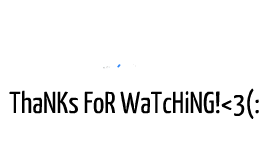 Transcript: Berlin Wall 1948 June: Berlin Aircraft Began 1949 May: Berlin Aifcraft Ended 1961, 3-5 August: Politburo decided to close the border between East and West Berlin. 1961 August 12: Walter Ulbicht signed to close the border. 1960, 31 August: East Germans closed the West Berlin Border to check the flow of refugees 1961, 13 August: Berlin Wall erected 1989, 11 November: Berlin Wall Opened 1990, 3 October: East And West Germany Re-united General Info: After 8/23/1961: West Berlin was not allowed to enter East Berlin On 6/21/1963, The Minister of National Defence of the GDR gave orders concerning the intallation of a border area at the frontiter between the GDR and west Berlin About 97 miles around former West Berlin there was 900 shootings, causing 239 deaths and 200 other injuries The GDR propaganda called the wall an "Anti-fascist protection wall" February 1990, a red line was painted on the pavement at the former "Checkpoint Charlie" to mark the course of the former Berlin Wall Q & A 1.) Who was the President of the US when the Berlin Wall was constructed? 1.) JFK 2.) Who was the leader of the Soviet Union when the Berlin Wall was built? 2.) Nikita Khrushchev 3.) Why was the Berlin Wall built? 3.) To divide East and West Berlin. 4.) In what year was the Berlin Wall built, and what year was it destroyed? 4.) 1961, 1990 5.) What happened if you tried to escape, and why would you attempt to escape? 5.) You were shot on sight without warning and people tried to escape to see family and friends on the other side of the wall. ThaNKs FoR WaTcHiNG!<3(: Timeline By: Brendan Squires & Josh TheMexican Byer 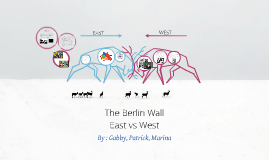 Transcript: In September 1960, Walter Ulbricht (1893-1973) became the head of the German Democratic Republic (GDR) The government of the GDR faced the serious problem of a "brain drain" and a loss of people. Decided to order the construction of a wall around East Berlin, dividing the former German capital into western and eastern sections The Berlin Wall has become inspiration for a lot of different artworks such as songs, from the works of David Bowie and Nena, to the actual graffiti that is splayed across the remains of the wall. “I can remember, standing by the wall, and the gun shot above our heads, and we kissed as though nothing could fall. And the shame was on the other side, oh we can beat them, for ever and ever, then we can be heroes, just for one day.” “The war machine springs to life, opens up one eager eye, focusing it on the sky. Ninety-nine red balloons go by ninety-nine Decision Street, ninety-nine ministers meet, to worry, worry, super-scurry, call the troops out in a hurry.” Berlin Wall graffiti At the end of the second world war, Russia has beaten the east side of Germany which will now belong to Russia. Russia had to give 2/3 of their land to their allies. Culture : East Vs West Many citizens involved themselves in violent protests when the wall was built. They were torn away from their families and friends for living in a certain part of the country. After August 23, 1961, citizens of West Berlin were no longer allowed to enter East Berlin there was a wall that comprised concrete segments with a height of about about 13 feet, usually with a concrete tube on top of it. Behind it on the east side lay an illuminated control area — also called the "death area." Refugees who had reached that area were shot without warning. More than 5,000 people successfully crossed the Berlin Wall to freedom. More than 160 people were killed in the death area, and another 120 people were injured. About 3,200 people were arrested in the border area WEST After the 2nd World War Berlin was divided into 4 sectors Refugees fled from East to West in search of a society sound enough for them to work for the barest daily essentials 4,600 doctors, 15,885 teachers, 738 university teachers, 15,536 engineers and technicians moved from East to West Germany Continued By : Gabby, Patrick, Marina EAST Artistic Expression Walter Ulbricht (1893-1973) Overview The Berlin Wall East vs West Communist leader noticed that thousands and thousands of people were leaving the East side of Germany to go over to the West. Communist leader needed to think of a plan to keep people in East Berlin because they needed people for workforce since their economy was going down. On August 13th, 1961, the barrier was officially under construction. Protests 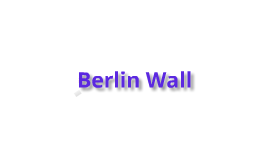 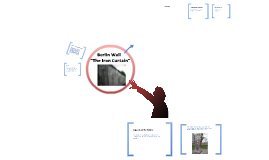 Transcript: Berlin Wall "The Iron Curtain" The people of Eastern Berlin did not prosper, because they could not enter Western Berlin. This caused them to stay in East Berlin and live in worse conditions. August 13, 1961- November 9, 1989 Events from the Past Impacts on the future: The wall has become what many artists have used for their art. There are many pieces of the Berlin wall that have been used as art. Who prospered? Who did not? Anastasian Wall in Turkey Antonine Wall in Scotland Cairo Great Wall in Egypt Avila Walls in Spain Democracy: The Berlin Wall connects to each ideal as a whole. The wall stopped people from East Berlin from entering West Berlin. The government was containing them, and keeping them from their rights. With the wall up, the people didn't have much freedom. The wall created no equality at all. It caused separation between East and West Berlin. 5 Ideals: After WWII, Berlin separated into four zones. The purpose of the Berlin wall was to separate East and West Berlin. It separated the communist east half of Berlin from the other half. The citizens of East Berlin were trying to flee into West Berlin. It was basically a way to contain the people. During the night on August 12, 1961, construction workers dug holes, put up concrete, put up barbed wire and began to create a wall. One impact the wall had, was it separated families. Over the years it was up, it separated people.