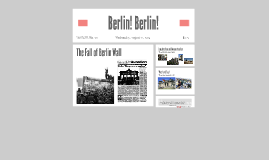 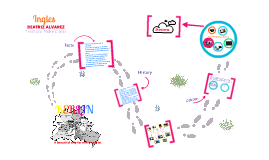 Transcript: Ingles BEATRIZ ALVAREZ Facts Berlin is the capital city of Germany One of the 16 states of Germany The president and the chancellor of Germany have their head office in Berlin Population of 3.5 million people Berlin is Germany's largest city It’s located in northeastern Germany on the River Spree Around one third of the city's area is composed of forests, parks, gardens, rivers and lakes. History During World War II, large parts of Berlin were destroyed The victorious powers divided the city into four sectors (western sectors: the United States, the United Kingdom and France, eastern sector: Soviet Union) On 13 August 1961, East Germany began building of the Berlin Wall between East and West Berlin The Berlin Wall fell on 9 November 1989 On 3 October 1990, the two parts of Germany were reunified as the Federal Republic of Germany, and Berlin again became the official German capital. Culture: Berlin is home to many international and regional television and radio stations (MTV Europe, RBB) Berlin is an important center in the European and German film industry (home to more than 1000 film and television production companies and 270 movie theaters) Berlin's nightlife is one of the most diverse and vibrant of its kind in Europe. Berlin is notable for the length of its parties. Clubs are not required to close at a fixed time on the weekends, and many parties last well into the morning, or all weekend Students Benzaquen/ Erlenmaier Granero / Vicario. FESTIVALS AND EVENTS Many young people and international artists continue to settle in the city, and Berlin has established itself as a center of youth and popular culture in Europe. Most important Festivals and Events Lange Nacht der Museen Instituto Padre Claret Karneval der Kulturen A beautiful city for every tourist Berlin International Film Festival •Media BERLIN •Nightlife Christopher Street Day Parade The ten most important sights of Berlin are: Christmas Markets 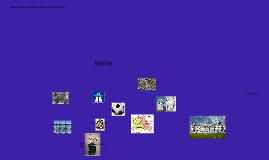 Transcript: Berlin Birlin is nine times biger than paris Karl Benz built the first automobile in 1886 he was from Berlin. 65% of Berlin's autobahn has no speed limit. october fest is the bigest festivel in Berlin. the bigest sport in Berlin is soccer fall of berlin wall was in 1985 making two cities the same. Berlin is known for there architecture. Berlin is the largest city in germany. Berlin is the capital of Germany. the end Wilhelm Conrad Roentgen discovered X-rays in 1895 and was awarded the very first Nobel Prize in Physics in 1901. one of the oldest cities in the world.

Transcript: It was split between the victors and lost its world leadership roles. In 1990, Berlin was restored as a capital and as a major world city. Weather forecast: Points of interest: Graph: Hamburg, Germany Berlin has a continental climate with cold winters, hot summers, and mild autumns and springs. Germany Berlin is named for it’s leadership roles in science,music,museums, higher education, government,diplomacy and military affairs. Berlin, Germany Egyptian Museum of Berlin Berlin city hop-on-hop-off Tour Botanical Garden and Museum Germany Points of Interest: It was virtually destroyed by bombing,artillery,and ferocious street-by-street fighting. Hotel #4 Munich, Germany Hamburg, Germany History of Berlin It became a small capital of a country named Prussia. Berlin was founded in the twelfth century. Berlin, Germany 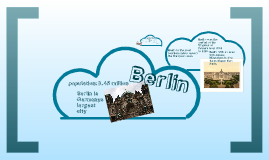 Transcript: Berlin population:3.45 million Berlin is Germanys largest city Berlin is the most populous urban area in the European area. Berlin was the capital of the Kingdom of Prussia from 1701 to 1918. Berlin with an area 892 square kilometers is nine times bigger then Paris. Places to go in Berlin Germany The Berlin wall Little of it is standing the Berlin wall is a must see item by vistors coming to the city of Berlin. Berlin sightseeing cruise The pefect introduction to Berlins famous sights. Marlene Dietrich was an actress in 1901 and was in the movie The Blue Angle, and Shanghai Express Geography The Havel River has a total length of 3.25 kilometers. Elke Erb mountains Economy The economy of Berlin has been effected through the years by the city's changing political fortunes. 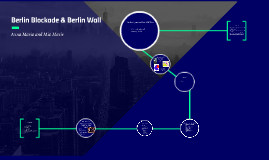