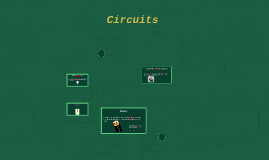 Transcript: Switch A circuit can have more than one electric reciever. If there are a few recievers, however, they will share the energy equally, so the effect will be weak. The device that opens and closes the circuit. Circuits Open Circuits In a circuit, there can be more than one battery. But the ends must be connected + to -. One battery can run a couple recievers, but since they will be sharing the energy, the bulbs will be dim, and the motors will be slow. Electric Reciever #1 The battery is what gives the Electrical Reciever electricity. In other words, the battery is the source of electricity in a circuit. A circuit must have an Electric Reciever to have a purpose. The Electric Reciever uses the battery's power to make something happen. An Open Circuit is a circuit in which the electricity is allowed to flow. Battery Electric Reciever #2 (optional) 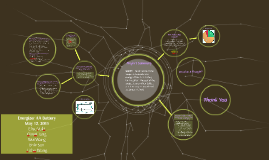 Transcript: Weekly in person team meetings to review the project and coordinate work Used wechat to communicate and schedule meetups Used BlackBoard and email to share files & split work among members Had a final project meeting to review and assess project risk Assigned a project manager every week to turn in work How Risky is Your Project? Based off of the heat map we determined that the project risk is somewhat high. We have 23 low risk items, 69 medium risk items and 8 high risk items. Low: 23 Medium: 69 High: 8 Added additional resources to high risk project tasks Secured vendor contracts to prevent the price of chemicals from increasing Added in additional time for researching environmental conditions to make sure our product meets regulations Really understand the scope and deliverables of the project Implement good communication practices throughout the project. How did your team manage the work of this project and the risk assessment? Thank You Project Risk Question & Thought? Budget reserve: 100k Schedule reserve: 20 days Budget Impact: Somewhat High After evaluating the budget we will likely use around 65k of our reserve, putting us slightly under budget. Schedule Impact: Somewhat High After evaluating the schedule we will likely use 14 reserve days leaving us 6 additional days Battery Prototype After assessing the risk what is the likelihood that you will meet schedule and budget? What type of changes did you make in week 5 after you implemented the preventative measures for your critical risks? What would you change if you were to manage this type of project in the future? More profit for the company New customer base Environmental advances that promote the company SCOPE: The objective of the project is to develop an energy efficient AA battery for Energizer. The cost of the project is one million dollars and the completion date will be January 1, 2016 Creating redundancy by having additional resources, such as 2 engineers instead of one. Spend more time evaluating the dependencies to see how we could make the project more efficient. Have contracts with vendors to reduce the risk of cost increase. Project Summary What type of recommendations do you have for the class? Energizer AA Battery May 12, 2015 Elise Vokt Qiwei Tang Wei Wang Bole Sun Lishu Wang How do you think your project can help the organizations that you are working with? 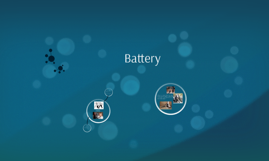 Transcript: Roxanne hit Brandon Brandon sued Roxanne for 15 milion Brandon won so Roxanne had to pay 15 million Robert Lee Skipper Brandon Vs Roxanne Battery Cases A 13-year-old former St. Augustine girl told the court how her mother’s boyfriend initiated a sexual relationship with her when she was 11. Robert Lee Skipper, 41, is charged with two counts of sexual battery against a person less than 12, a crime punishable by life in prison. Battery: is a criminal offense involving unlawful physical contact, distinct from assault which is the apprehension, not fear, of such contact 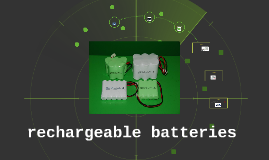 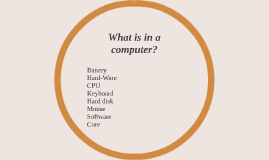 Transcript: Internet is a wireless that sends the internet from the computer, to the wireless router and then to the ISP. 4.What was the first iPhone called? It was called an iPhone OS. A wireless is a connection that does not need cables it is just a signal so you can for example walk around with the device. What is in a computer? 1. An iOS is what controls your computer. 2. An iOS also give us the software. 3. It also gives us the layout of our desktop. Hardware's are all the things you can touch such as a mouse, keyboard, monitor, data storage and hard disk, screen A battery is what makes the computer work. What an iOS does 5.When was iOS released? It was released on June 29, 2007. Ram I think a computer is a electronic device that stores your memories and hard wares which is a piece in the computer that you can touch but a soft ware are pieced that cannot be touched. What an operation system is? An operating system is the layout of the computer and how it looks. 1. Who invented iOS? 5 facts about an iOS Internet What is the most important things in a computer? Wireless Facts about an iOS Battery Hard-Ware CPU Keyboard Hard disk Mouse Software Core 2. What is an iOS? An iOS controls your computer and how the details look. 3.What is in a iOS? The iOS is a group of the apple operating system Is like a brain of the computer that makes it function. Ram is a memory in your computer. Hardware What is a computer CPU CPU is like a brain in the computer. The company apple invented iOS 5 things an iOS does 4. An iOS is a software. 5. It is not a computer company. CPU 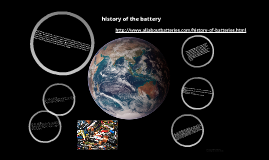 Transcript: photo credit Nasa / Goddard Space Flight Center / Reto Stöckli http://www.allaboutbatteries.com/history-of-batteries.html history of the battery Among the relics found in the tomb was a clay jar or vase, sealed with pitch at its top opening. An iron rod protruded from the center, surrounded by a cylindrical tube made of wrapped copper sheet. The height of the jar was about 15 cm, and the copper tube was about 4 cm diameter by 12 cm in length 1800 -- Alessandro Volta publishes details of a battery That battery was made by piling up layers of silver, paper or cloth soaked in salt, and zinc. Many triple layers were assembled into a tall pile, without paper or cloth between zinc and silver, until the desired voltage was reached. Even today the French word for battery is ‘pile' (English pronunciation "peel".) Volta also developed the concept of the electrochemical series, which ranks the potential produced when various metals are in contact with an electrolyte. How handy for us that he was well known for his publications and received recognition for this through the naming of the standard unit of electric potential as the volt. 1898 to 1908 -- the Edison Battery Thomas Edison, the most prolific of all American inventors, developed an alkaline cell with iron as the anode material (-) and nickelic oxide as the cathode material (+). The electrolyte used was potassium hydroxide, the same as in modern nickel-cadmium and alkaline batteries. The cells were well suited to industrial and railroad use. They survived being overcharged or remaining uncharged for long periods of time. Their voltage (1 to 1.35 volts) was an indication of their state of charge. He was remarkably close to discovering the principle of the battery, but missed it. He thought the reaction was due to a property of the tissues. He used two dissimilar metals in contact with a moist substance to touch dissected frog legs. The resulting current made the muscles in the frog legs twitch. Camille Faure's acid battery used a grid of cast lead packed with lead oxide paste, instead of lead sheets. This improved its ability to supply current. It formed the basis of the modern lead acid battery used in autos, particularly when new separator materials were developed to hold the positive plates in place, and prevent particles falling from these plates from shorting out the positive and negative plates from the conductive sediment. 1859 -- Lead Acid -- the Planté Battery Raymond Gaston Planté made a cell by rolling up two strips of lead sheet separated by pieces of flannel, and the whole assembly was immersed in dilute sulphuric acid. By alternately charging and discharging this cell, its ability to supply current was increased. An improved separator was obviously needed to resist the sulphuric acid 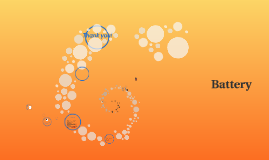 Transcript: Once it gets all the information, it goes ALL the way to again. The internet is lots of things. What happens is that you search for something and it goes through such a long journey, so fast, that you can think of it as a train that goes 1000 km per minute. Fast, right? Internet OS A network is a series of computers that can communicate with each other and share programs. There are two types of networks: Wireless network a network that has no wires and has a long range. An example is an iPAD. Wired network a network that has to stay in the same place in order to comunicate with others. Symbian, an OS This is a RAM (not the goat) Network Provider The internet Computer WHO invented it?: Nokia WHAT do I think about it?: I think it is pretty cool, although iOS and Android are better. WHEN was it invented?: it was invented/ released in the year 2002 WHERE was it made?: America WHY was it invented?: it was invented because it was convenient, popular and had a good design in it's time. What does an OS do? An OS enables us to do the following: touch (íPAD) type see the screen press buttons. What is an operating System? Finds the IP address on the internet and asks for information from the source The internet's Journey CPU- what does it do? (basic explanation) Service OS's are, frankly, so important, that without it a computer/phone/tablet/PSP/... well, you get the point, they would all be just plastic (and maybe a little metal) things, no better than a toy electronic. Thank you! Keyboard Mouse CPU Operating System Screen Charger Router Network Battery The CPU for the computer is similar to a human brain. It is artificial but the CPU is where all the logic is applied. Everything that goes on in your PC at some point goes through your CPU. An operating system is the system that is basically the manager of a computer. This "system" gives you the looks/ layout and "feel" of your computer. Different people like different operating systems. A few examples are: iOS Symbian Windows Vista All parts are important in a computer, though an OS is very important. What and how powerful is an OS? What makes a computer work