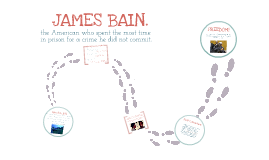 Transcript: Victim described rapist: a mustache bushy sideburns aprox. 17 or 18 claimed his name was "Jim" or "Jimmy" In 2001, a Florida statue made it possible to retest certain cases. Bain asked 5 times and the court denied all 5 cases. The INNOCENCE PROJECT then helped Bain get a post-conviction DNA testing. The DNA came back negative. Bain was convicted of rape, burglary, and kidnapping based mostly on the police lineup. A man with not a scratch on his criminal record, was sentenced to life in prsion Forensic Science used... James Bain is no Bane... :D On December 17, 2009, Judge James Yancey released Bain after 35 years wasted in prison. Sources Post Conviction http://www.innocenceproject.org/Content/James_Bain.php DNA testing on the semen on the victim's underwear DNA testing on Bain's jockey underwear Blood testing Police investigation Only Bain and one other suspect had sideburns in a police lineup FREEDOM! Wrongfully Accused Victim's uncle thought it sounded like a student of his and took Bain's student file for a picture JAMES BAIN. The trial occurred, however, before DNA testing was available, so Bain could not be definitively tied to the semen found on the victim's underwear the American who spent the most time in prison for a crime he did not commit. Bain claimed he had been home watching TV with his sister to be his alibi but the police didn't buy it and arrested him March 4, 1974 On a quiet night in Lake Wales, Florida, a nine year old boy was lifted from his bed, dragged out the window, forced into a nearby baseball field and brutally and forcibly raped. The man convicted: James Bain Police collected Bain's jockey underwear and sent it to the FBI to be tested 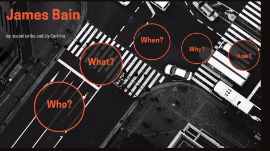 Transcript: James Bain By: Isabel Uribe and Ely Carrillo Who is James Bain? Who? James Bain was from Florida, he spent more time in prison for a crime he did not commit than any other American exonerated through DNA evidence. What? On the evening of March 4, 1974, a nine-year-old boy sleeping at his home in Lake Wales, Florida, was dragged to a baseball field and raped. Bain was accused and was sentenced for 35 years in prison. What happened? When? When did this happen? In 1974, at the age of 19, Bain was convicted of rape and kidnapping. He was released in 2009 at the age of 54. Why? Why? The victim told the police that the attacker appeared to have been around 17 or 18 years old and had mustache and bushy sideburn. According to the victim, the man had said his name was "Jimmy" or "Jim". The police showed 5 pictures of potential supects and he chose the one of Bain. The police questioned Bain and he claimed that he was watching tv at home at the time of the attack. According to FBI analysis presented at the trial, the rapist left semen on the victim’s underwear. The trial occurred before DNA testing was available. But they could test their blood. The test showed that it was blood type B, but James' blood type was AB. However, the FBI analysist said that James had a weak A. The defender of James said otherwise that his A was very strong, but was not considered in trial because there was more evidence against James. This was a mistake the FBI made because there was two tests that had different results and didn't bother checking again and taking it in consideration. James A 2001 Florida law made it possible for Bain's case to be reopened for DNA testing. The case came before the court five times and was denied five times. With the aid of the Innocence Project of Florida, Bain was finally granted access to post-conviction DNA testing. The state sent the DNA found on the victim’s underwear to the DNA Diagnostics Center. The result of the test showed that the DNA of the semen was not the same as the DNA of James. How was he proved innocent? How? After prison After prison, James received $1.7 million and is writing a book about his wrongful conviciton. 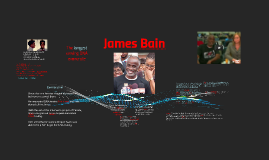 Transcript: Sources: "Exoneration Case Detail." Exoneration Case Detail. N.p., n.d. Web. 07 Dec. 2013. "The Innocence Project - Know the Cases: Browse Profiles:James Bain." The Innocence Project - Know the Cases: Browse Profiles:James Bain. N.p., n.d. Web. 07 Dec. 2013. "Innocent Man Freed After 35 Years Has An Incredible Outlook On Life." Business Insider. N.p., n.d. Web. 08 Dec. 2013 The boy said his attcker's name was jimmy...had bushy sideburns and a mustache... the uncle quickly thought of James Bain; James had been a student at a school where the uncle was once the assistant principal Bain had 12 eye witnesses that were with him at the party and could have validated his alibi. Incident Date: March 4, 1974 Jurisdiction: Florida Sentence: Life The longest serving DNA exonerate With the aid of the innocence project of Florida, Bain was granted acess to post-conviction DNA testing. James Bain Bain was at a party during the evening when the crime was taking place and then was at his house watching TV for the remainder of the night... Sister could have verified that Year Conviction: 1974 Exoneration Date: December 17, 2009 Sentence Served: 35 Real Perpetrator Found: No Contributing Causes: Eyewitness Misidentification, Unvalidated or Improper Forensic Science Accusations: Rape, Burglary, and Kidnapping Since day one he was requesting transcript but never received them. He requested DNA testing five times and was denied all five times. Bain had type AB blood while the DNA showed that the rapist had type B; FBI conducted a serology analysis and found perpetrator's blood type using semen found in the victim's underwear. Prosecutors said Bain had a weak A and a strong B...it was the total opposite He was incarcerated at age 19 Compensation: 1.75 Million Accusation: Child Rape The nine year old boy was kidnapped and raped in a nearby baseball field in Lakes Wales, Florida. He described the attacker to his uncle and his uncle assumed he knew who he was speaking off. During the police photo line-up only Bain and another guy had a mustache and sideburns. Until 2009 the Innocence Project Team was able to help him to get the DNA testing. They only used six of the twelve eyes witnesses; his defense called only 4 of them, mostly his family. Family members do not make good alibi witnesses.. some believe they can be biased, just saying what is good for their family member Exoneration The boy told police he saw the perp with a red motorcycle, which Bain also had. 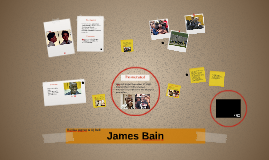 Transcript: The key piece of evidence was the victim's underwear. Semen was left in the underwear FBI conducted an analysis to figure out of the blood type The blood type was B. Bain has blood type AB. James Bain https://www.theledger.com/article/20100107/News/608118318 https://www.npr.org/templates/story/story.php?storyId=122051808 https://en.wikipedia.org/wiki/Innocence_Project Evidence Bain was convicted of rape, kidnapping, and burglary Sentenced to life. Bain was convicted of raping a nine year old boy. The boy was kidnapped and dragged to a baseball field and raped. Conviction James Bain Haylee Ogren & AJ Bell https://www.innocenceproject.org/cases/james-bain/ https://www.law.umich.edu/special/exoneration/Pages/casedetail.aspx?caseid=3008 https://www.palmbeachpost.com/news/stolen-lives-james-bain-spent-years-prison-for-rape-did-not-commit/LUinRlQF8BIAotXdrNhukI/ https://www.theledger.com/news/20170613/lake-wales-man-exonerated-after-35-years-in-prison-discusses-hope-persistence Background Exonerated Story Investigation Citations Citations Life after Prison Bain is now married Has a son In the process of writing a book. James Bain, 19 lives in Lake Wales, Florida Convicted in 1974 Exonerated in 2009 served 35 years Bain left prison December 17, 2009 Was 54 when finally released. Received $1.7 million for the wrongful conviction. the suspect was said to have bushy sideburns and mustache. Suspect was 18 or 19. The DNA was sent to the nationwide database but found no match. 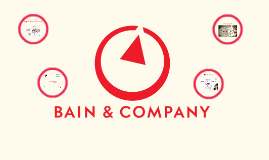 Transcript: Bain is all over the World! Rank of Bain 53 Offices over 34 Countries Thank you! Bain as career 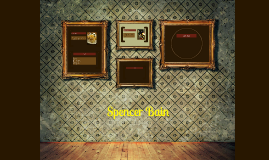