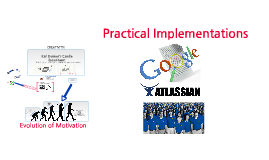 Transcript: Carl Steinberg Nathan Stoppelmann Ann Tran Neuroplasticity.... Brain Science and Leadership Neuroleadership David Rock (Author/Leadership Consultant) and Jeffery Schwartz (UCLA Research Scientist) Applying neuroscience concepts to leadership Management Rewired Educational Leaders Practice and Emotion causes change in our brain when we learn Daniel Pink 7 Reasons Why Carrots and Sticks Don't Work 1. Kills Intrinsic Motivation Sawyer Effect - "hidden costs of rewards" loss of autonomy 2. Diminish Performance 3. Crush Creativity **note: this does not hold true for algorithmic tasks 4.Crowd Out Good Behavior 5. Encourages Cheating, Shortcuts, and Unethical Behavior 6. Becomes Addicting 7. Fosters short-term thinking mastery not attainable! But these goals limit... Evolution of Motivation Motivation 1.0 Motivation 2.0 Motivation 3.0 Practical Implementations CREATIVITY! Risk Seeking the Dr Robert Cooper > Stanford Business School – Karl Dunker's Candle Experiment type I vs type X engaging in Socratic dialogue Higher incentives leads to worse performance. ex. Donating blood Bottom of Maslow’s Hierarchy of Needs Physiological Needs Motivation from Need for Survival but people aren't! We're PURPOSE maximizers the -Intrinsic motivation -Autonomy -Mastery -Sense of purpose -Best motivation for complex situations -Facilitates creativity, innovation Three Brains: Head, Gut and Heart Brain Science and Leadership - "Carrot and Stick" Idea - Respond to External motivators - Motivation by receiving rewards, avoid punishments - Best used for performing simple tasks John Medina > Molecular Biologist – "the brain is so sensitive to external experiences that you canliterally rewire it through exposure to environmental influences. Neglect ingredients of genuine motivation (Autonomy, mastery and purpose ) may receive negative side effects is mallable or "plastic"... Begin to expect reward >>“Now that rewards” >> Nontangible Rewards - i.e. compliments Economics = maximization of wealth right? Exercise, practice, and exposure to new stimuli increase neuroplasticity How to Create a Motivation 3.0 Environment BA from Northwestern University, JD from Yale Law School Career - Chief Speechwriter for Vice President Al Gore from 1995 to 1997 - Articles published in NYT, Harvard Business Review, Fast Company and Wired - Contributing Editor for Wired - Regular business column for UK’s The Sunday Telegraph Author >> Drive: The Surprising Truth About What Motivates Us >> A Whole New Mind: Why Right-Brainers Will Rule the Future >> The Adventures of Johnny Bunko: The Last Career Guide You Will Ever Need >> Free Agent Nation: The Future of Working for Yourself Currently lives in Washington, DC Took 3 1/2 minutes longer to solve when given incentive!** - Give employees autonomy over what they are doing and how they do it - Give them an opportunity to master it - Give their work a higher purpose - Tangible rewards can stifle creativity! Charles Jacobs “The traditional command-and-control style of management doesn't lead to permanent changes in behavior. Ordering people to change and them telling them how to do it fires the prefrontal cortex’s hair trigger connection to the amygdala . The more you try to convince people that you’re right and they're wrong, the more they push back. The brain will try to defend itself from threats. Our brains are so complex that it is rare for us to be able to see any situation in exactly the same way as someone else. The way to get past the prefrontal cortex’s defenses is to help people come to their own resolution regarding the concepts causing through their prefrontal cortex to bristle.” Focus on solutions and not problems. Create new behaviors rather than trying to fix old ones Disclaimer 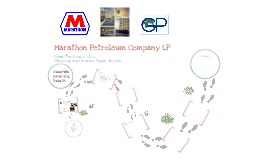 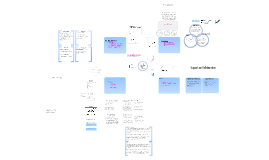 Transcript: The Lonely End of the Pink: GENDER Gender alone is an insufficient lens for understanding the male experience (Gosse, Parr, & Alison, 2008). Education researchers should focus less on issues that are gender specific and more on the challenges of teachers in general (Skelton, 2007). Although individuality is important, this work presents a lens that deliberately sets up an atmosphere where gender binaries are unavoidable. Skelton and Gosse, Parr, and Allisons' views combined with the need to present a binary filled atmosphere represent a reoccurring theme within this study: the push and pull of competing messages. Often manifested through stereotyping, are born because of binary definitions that are presented throughout the literature on this topic and permeate school culture. REFLEXIVITY Experience presents us with an accepted view of 'the way it is' yet as we come to know more about our own experiences and locales, through reflexivity, we redefine our expectations – our experiential lens takes on a fluid characteristic. Demographics Male Primary Teacher Experience Male Primary Teaching Discourses Role-Modelling and Identity Qualitative Comparison Interviews and Conversations Poetry Analysis Interviews Conversations Poetry Unifying Findings I don’t think how I taught in the classroom changed. I didn’t look back on some of the questions you asked but I did find myself in certain situations thinking – we talked about that, Dave asked me about that but nothing really comes to mind that really affected my job. Before this study no, but after this study I might think that ‘Oh other people actually think that’. Direct Questions: Participation in this Study = "Not Affected" but...responses suggested otherwise. Participants Reactions to Literature Review: Agreed, Disagreed, and / or Debated. Some demonstrated reflexive influence. "I never really thought about it until now." "You've just burst my bubble." Situations described in lit review: Agreed with or experienced 23 times Disagreed or debated 45 times. 37 Neutral Reactions Discussion Overriding Recommendations Specific Recommendations Summarized Future Research Possibilities Support and Collaboration I show affection to my students by treating them fairly and by having positive relationships. I was not afraid to talk to them about issues that they might deem important and just being able to be there for them - but I'm not be the lovey-dovey type character. Gender and Reflexivity Literature Methodology Findings Discussion Demographics Unifying Themes Some evidence suggests the men may not have been aware of the issues that surround their work. There is a staff area, do I get to go there? No. Maybe once a week I force myself to go there. Are you confined to the "work" and that's why you can't get to the staff room? Yes, because you're always on duty. Opportunities Transcripts were coded and organized by general topics derived from the literature review. Further analyzed by applying a second layer of coding to identify unifying, related, and/or connected themes. Themes that required further categorizing were analyzed a third time and additional ‘deeper’ connections were made among the transcript excerpts Theory Teacher Influence through participation Role modelling challenged. Identity negotiations and constructs. Conversations Demonstrating Care Workspace Experience & Professional Relationships Conversations ` Participant It was definitely full-hearted support on their behalf. They always thought it was a good thing to pursue. My aunt was definitely supportive; she's a teacher and she though it would be a great idea. Pretty much every family member thought it was a great idea for me to be a teacher so I sort of went with it. 3 Parts: Part 1: Participation in Study = Change Part 2: Reaction to Literature Review Findings Part 3: Participation in Conversations = Change Challenges Poetry Findings 11 of 14 participants described their professional relationships with their colleagues as being consistently positive. Influenced through participation? Further Findings Represented Lived experiences of male K-3 teachers in PEI. Poetry Similar coding to initial interview coding. Reactions to literature Becoming Oh yes, I've been asked to lift TVs and tables. The school was putting together this book room last week. I wasn't asked but one job was to move this shelf and we (the other male teacher) jumped to help. We were not asked we just assumed it was our duty to do so. Like a gentlemanly thing? Yes, exactly. Experience Becoming Primary Teachers You know I was a young guy wanting to teach kindergarten, a single guy with no kids, many times she said snide comments like: What would I know about children? What’s this guy know? Who is he to tell me about what's appropriate for this age group, he doesn't know a thing about kids? Who is he? Where is he coming from? A lot of the negativity, that attitude that she had really did impact me. It can be uncomfortable when you’re that 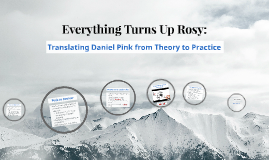