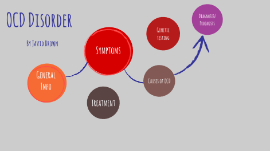 Transcript: OCD Disorder By Javid Brown My disease is called OCD. Also known as 'Obsessive Compulsive Disorder" Another name for this disease is "The doubting disease" The name was chosen because the person that has it Obsesses over thoughts they have and they have compultions, And other rituals. The founder of this disease are "sigmund Freud" It was recognized in the 1600's and was recognized through a similar disease modiefied to be worse than the original. General info about my disorder General Info The symptoms of OCD include, Excessive hand washing,Irrationald fears/Thoughts, Unexplanable behavior only understood by the person with the disease. Repeating of certain task Ex: (Turning light switch on and off a certain amount of times) Depression,home isolation,avoidance of people,schizophrenic like thoughts in your head,Mood swings,Unwanted thoughts,and so much more. Symptoms of OCD Symptoms Currently,OCD has not made progress in being genetically tested. Genetic testing Genetic testing Doctors determine wether or not a person has this disease by either a brain scan,Or a description of the patients symptoms.. The life expectancy for people with OCD is lifelong, However,The chance of suicide by a victim of OCD is VERY high due to the fact they are crippled by everyday things. The OCD impacts the person by turning "irrational" thoughts for normal people into real thoughts for people with OCD. The disorder affects family members by having the house the way THEY want. It doesn't really affect the community Diagnosis/Prognosis Diagnosis/Prognosis Doctors,Scientist,Phyciastrist have not come up with a explantion for Mode of inheritance,Explanation of inheritance,and statistics of this disorder at this time. Causes of OCD Causes of OCD The current treatment for OCD is CBT (Cognitive Behavioral Therapy) and prescription medicine prescribed by doctors (Zoloft) (Limictil) are the current treatments for OCD. Past treatments include Check in to the mental asylum,distracting yourself. There are no future treatments for OCD. Treatment Treatment 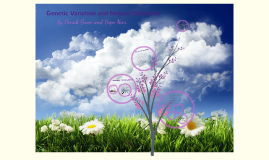 Transcript: Heredity's whole job is to ensure that offspring look like their parents. If that's the case, then how can natural selection even have any traits (beak size, fur color, ear shape, flower color, etc.) to pass onto other generations? The warrior ants have a clever little trick to defend themselves from each other. You see, every colony has a specific chemical smell that essentially says "I'm family, don't kill me" (kinda like a secret password is a way to get into a clubhouse). However, when other colonies attack a colony, the colony under attack can actually create the same chemical "safe word" the raiding colony uses, and are spared, without the other colony even realizing what happened. Without genetic variation, there would be no natural selection Warrior Ant Examples of Natural Selection That being said, heredity also helps natural selection. If it weren't for heredity, the trait would never be able to spread through generations, which would make evolution never happen. Why is it so important? Genetic variation is important because it provides the genetic material for natural selection. Variation refers to the fact that some combinations of traits will produce some slight advantage over others in this competition for survival and reproduction.This makes them produce more offspring, and so those traits are the ones that spread into a higher percentage of the population. If there is no variation ... nothing that gives any one individual an advantage over any other in this competition for survival and reproduction ... then it is pure randomness which ones get to reproduce more. So the next generation will be exactly the same as this one ... and so on. So there is no evolution. Peppered Moth How does Genetic variation occur in Natural selection That's where Genetic variation comes in.. Before the Industrial Revolution in London, Peppered moths held true to their namesake; white with black specks along their wings, which was the perfect camouflage for the birch trees in the area. However, the Industrial Revolution poured so much soot into the air that the trees became stained with black. This meant the birds could easily find the white moths for lunch. However, the darker colored moths weren't eaten, so natural selection made future generations black in color. However, when the soot cleared up after the boom, the whole thing had to happen again. Genetic Variation and Natural Selection by Denali Gwen and Hope Neer Genetic variation occurs mainly through DNA mutation , gene flow (movement of genes from one population to another) and sexual reproduction. Due to the fact that environments are unstable, populations that are genetically variable will be able to adapt to changing situations better than those that do not contain genetic variation. Surprise or not, humans are actually still evolving. Experts say that about 9% of modern humankind's genes are still rapidly changing as we speak. These namely involve things such as the immune system (which makes sense, considering all the medicines and shots we are making), sexual reproduction, and sensory perception (again, makes sense, due to all the bright screens in your pockets and the loud music we blast directly into our eardrums). Who knows, we might look very different genetically in even as few as 5 generations from now! How does it relate to us? 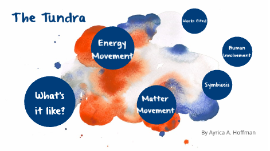