HomeTemplatesOtherBackground For A Presentation Of Tamales

Background For A Presentation Of Tamales 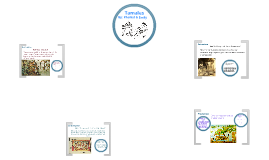 Transcript: Why was maize important? Production A lot of tamales were made out of chocolate, fish, bee, egg, sweet pineapple, raisins, cinnamon, ant, cheese, corn, turkey, tadpoles, beans and rice. The highest ranking commoners led caravans to distant lands to aquire exotic goods for the trading market. By: Khailed & Farmers raised many turkeys and provided meat for special occasions, and hunted wild game like pigeons and rabbits. Tamales Consumption Different Types Of wrappings Tamales were traded in the plaza in front of the town's temple. Tamales were sold using the barter system. Consumers traded food for different goods. Distribution The wrappings were banana leaves, fabric, avocado leaves, soft tree bark, and edible non toxic leaves. The most commonly used was corn husks, banana leaves, and avocado leaves. Extraction Special Meals for Special Occasions How Were Tamales Traded In The Aztec Empire? Different Types of Different types of tamales and corn husks. Aztec farmers grew crops, for example, they grew maize all the time. Maize could be stored for periods of time. Aztec Farmers grew crops such as red pepper, tomatoes, sage, squash, green beans, sweet potatoes and avocados. After working for several hours, commoners ate a simple meal in the late afternoon. The meal was usually a porridge called atole. The porridge is often seasoned with peppers, or sweetened with honey. Emily Tamales When Did Aztec Commoners Eat Maize? How was it traded? How Did They Find There Resources? 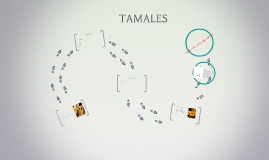 Transcript: Ingredients Types of tamales Tamales it is a mexican traditional dish made of batter. Tamales have been made by Mayan people who prepared them for feats in preclasic period. THANKS FOR YOUR ATENTION!!!! ;) TAMALES -Green tamales -Red tamales -Sweet tamales -Oaxaca tamales -Rajas tamales etc Tamales are a favorite food in Mexico, eaten as both breackfast and dinner, and often acompanied by hot atole and arroz con leche. Tamales in Mexico In Mexico, tamales begin with a dough made from nixtamal corn, called batter, or batter mix. Tamales are generally wrapped in corn or plantain leaves, depending the region -Pork roast -Chicken -Corn batter -Corn oil -Salt -Chili -Seed etc 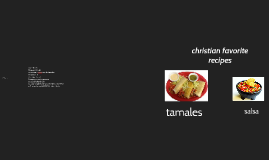 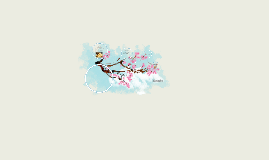 Transcript: - A tamale is a traditional Mesoamerican dish made of masa, which is steamed or boiled in a leaf wrapper. The wrapping is discarded before eating. - The tamale is recorded as early as 5000 BC, possibly 7000 BC in Pre-Columbian history. 12/15/14 C/Gutierrez Charlie Flight Closure History References Remotivation - How many of you know what tamales are ? -How many of you ever tasted one ? - How many of you like tamales ? - https://www.google.com/?gws_rd=ssl#q=tamales - http://www.tamarastamales.com/his.tamale.html - http://www.tamarastamales.com/his.tamale.html - http://mexicanfood.about.com/od/deliciousmaindishes/a/Tamales.htm - http://mexicanfood.about.com/od/deliciousmaindishes/a/Tamales.htm -Start by preparing the dough. Next, prepare the desired fillings that you are going to use. Then, prepare the corn husks and wrap the the tamales. Steam them in a large steamer for 90 minutes. Motivation - - You will know more about Hispanic food - You should listen because you will know more about one of the most commonly known Hispanic foods Overview - History - Vis Aid: Prezi -2-4 minutes - Please hold all Questions till the end Any Questions ?? WII-FM Attention Tamales Final Summary Tamales If you don't like trying new things, now's the time -You can use this information by just knowing it. It can help you know more about the Hispanic food and its popularity of this Hispanic food and many more Hispanic food. How can you make a tamale ? Talked about: -History • The preparation being so labor and time intensive, tamales became holiday fare, made for special occasions. - How can you make tamales ? • Making tamales is not difficult, but it is a very time consuming process. That can take up to a day to prepare a whole large batch of tamales. 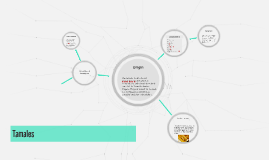 Transcript: Tamales first of all are handmade which requires your body to output energy. When tamales are boiled the water steams as it turns into a gas and is released. The corn masa in Tamales makes a chemical reaction when processed so when consumed and allows the digestive tract too let the chemical niacin pass through. Ingredients The tamale when done should look like a thin bar wrapped in a corn husk not too lumpy but not to thin that there is no meat. The inside should be a light yellow with the filling being visible to the eye. Ingredients Filling 2 ½ lbs. Boneless pork butt 1 Tbsp. Garlic powder 1 Tsp. Salt 1 Tsp. Black pepper MASA 10 lbs. Masa (cornmeal flour) 4 cups Pork lard ¼ cup Water 3 Tbsp. Baking powder 2 oz. Chile Ancho to color masa TAMALE ASSEMBLY 6 dozen dried corn husks CHILE SAUCE ½ lb. Chile Ancho 1 Tsp. Garlic powder ½ Tsp. Ground cumin 2 cups Water (stock saved from boiling the Chile Ancho) 2 Tbsp. Pork lard 2 Tbsp. Salt The Tamale is a traditional Mesoamerican dish which is steamed and boiled and dates back too 8000 B.C from the Ancient Mayans. They were used for festivals but the Mayans used them as portable foods for their soldiers. Origin Science Involved Tamales Variations Prep time - 4 hours plus. The Tamale can be made in many ways using the same recipe just changing the filling. There is a fruit tamale, a vegetable tamale, a chicken tamale, a beans or cheese tamale, and the popular favorite the pork tamale. Tamale - Finished 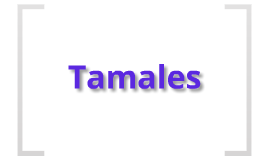 Transcript: Tamales Tamales can be traced back as early as 5000 BC. Tamales just might be the best food ever created. If you have ever had a good one, you know just what I am talking about. The spicinss and the warmth do a body good. They're served as a nutritious and portable food. Tamales have become a favorite fall time food in Mexico and many parts of the United States! They look like this... 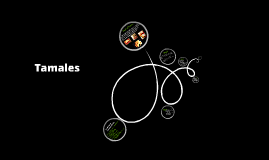 Transcript: Place a mound of extra husks or a foil ball in the center of a streamer basket placed in a Dutch oven. Shred the meat using two forks, discarding fat. To make masa beat shortening on medium speed in a large bowl for 1 min. 3 cups shortening To assemble each tamale, spread 2 tblsp of the masa mixture on the center of the corn husk. Tamales 4 cups of red chili sauce Step 8 1 medium onion, quartered Origin of Tamales Step 7 10 cups of water Alternately add masa harina mixture and broth to shortening, beating well after each addition. 3 garlic cloves, minced 1 1/2 tsp of baking powder Cover and steam 40 mins. adding water when necessary. 3 1/4 lbs of pork shoulder, trimmed of fat and cut up Then, simmer covered, about 2 1/2 hrs or until meat is very tender. Step 4 (each corn husk should be at least 8 in. long and 6 in. wide) In the mean time, soak corn husks in warm water for at least 20 mins. Then rinse, and drain well. The tamale is recroded as early as 5000 B.C. In Pre-Colombian times, it would be around 7000 B.C. from a woman that cooked for the army, because they needed long lasting food. In a large sauce pan, heat the red chili sauce and add meat. Simmer, covered for 10 min. 3 1/2 tsp of salt Remove meat from broth and allow both to cool. Fold in sides of husk and fold up the bottom. Lean the tamales in the basket, open side up. Alicia Cutcher Step 6 Step 9 Step 10 To freeze these for future meals, leave them in the husks and place them in freezer bags. To reheat, thaw and wrap in a wet paper towel and reheat in the microwave for 2 minutes for one or two or re-steam them just until hot. Bring water to boil and reduce heat. In a seperate bowl, stir together masa harina, baking pwder and 2 tsp. of salt. Traditional Tamales (Pork) Step 2 Place about 1 tblsp. meat and sauce mixture in the middle of the masa. Step 3 Strain the broth and reserve 6 broths . 50 dried corn husks (about 8 in long) Add water to Dutch oven just below the basket. Step 1 6 cups of masa harina Enjoy!!! [[: In a 5 qt Dutch oven, bring pork, water, onion, garlic, and 1 1/2 salt to boil . Step 5 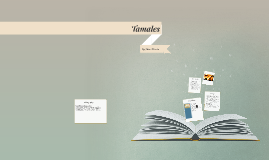 Transcript: By Nanci Moran Masa- Dough Red chili Garlic Ojas de maiz-lea Pork-Or which ever meat of your choosing Onion clove Cumin The reason why Recipe Bibliography https://www.google.com/search?q=tamales&biw=1366&bih=643&source=lnms&tbm=isch&sa=X&ved=0ahUKEwiJ3735is_JAhXl64MKHY8FA3oQ_AUIBigB&dpr=1#imgrc=_B0b9FO7bo_b3M%3A The reason we were making tamales are because it unites us together. We are able to communicate Food makes us spend time together because of the traditions. It's my favorite dish that my mom makes, it's a simple dish, but time consuming, which is also why I like it. I get to spend time with my mom and siblings while helping her out to make the tamales. Everyone has a part to do, whether it's preparing the dough, or simply wrapping them up. Ingredients First you start off by preparing the meat, which ever meat you want. It could be pork, chicken, these are the most used for tamales. The meat has a special kind of sauce. The sauce- You put onion and cumin with red chili and blend it in to mix. Once the sauce and meat are boiled in to mix condiments. Leaves of corn are put in hot water to get soft and wrappable for tamales Start making your tamal. Put the leaves of corn wrapper flat and lay dough of masa on it. Extend the masa(dough) with a spoon to make room to put in the meat and wrap it up. Tamales