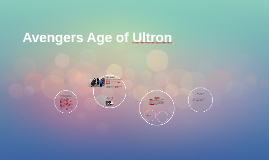 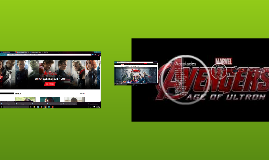 Transcript: By April 2013, filming was scheduled to begin in early 2014 at Shepperton Studios in England.At the Hollywood premiere of Iron Man 3, Whedon said that he had completed a draft of the script, started the storyboard process, and met with actors. Whedon also mentioned that he wrote with Downey in mind and included a "brother/sister act" from the comic books,later confirming that he was referring to Quicksilver and Scarlet Witch. Whedon explained his rationale for including the characters in the film saying, "their powers are very visually interesting. One of the problems I had on the first one was everybody basically had punchy powers... [Quicksilver]'s got super speed. [Scarlet Witch] can weave spells and a little telekinesis, get inside your head. Cast Samsung's addition to the film shouldn't come as a surprise, as it has been a big marketing partner. The devices the Avengers used, including Tony Stark's see-through phone, were all provided by the electronics company.In January 2015, a featurette focusing on Ultron was shown at Samsung's "Night With Marvel" event at the 2015 Consumer Electronics Show (CES). Also at CES, Samsung revealed a selection of hardware inspired by the Avengers films, as well as a simulation of Avengers Tower via its Gear VR virtual reality device Avengers: Age of Ultron grossed $459 million in North America and $946 million in other territories for a worldwide total of $1.405 billion. It is the seventh highest-grossing film worldwide and the fourth highest-grossing 2015 film.Avengers: Age of Ultron '​s worldwide opening of $392.5 million is the seventh-largest ever.The film set a worldwide IMAX opening-weekend record with $25.2 million (previously held by The Dark Knight Rises) and also broke the record for the fastest movie to make over $40 million in IMAX theaters, doing so in 12 days.According to some analysts, the opening weekend box office gross was lower than expected because of the weekend's featured boxing match between Floyd Mayweather and Manny Pacquiao. On May 15, 2015, Avengers: Age of Ultron became the twenty-first film in cinematic history, the third Marvel Studios film and the eighth film distributed by Disney to cross the $1 billion threshold at the box office. Audi’s India branch used the hashtag #AudiAvengers with great success. Audi’s Twitter content was mainly contest (free tickets) and question driven, generating high levels of engagement. However, it was not as successful when promoted on Facebook, where engagement meant a lot of likes, but little else. In December 2015, the Academy of Motion Picture Arts and Sciences placed Avengers: Age of Ultron on their shortlist of potential nominees for the Academy Award for Best Visual Effects at the 88th Academy Awards Con........ Avengers: Age of Ultron is a 2015 American superhero film based on the Marvel Comics superhero team the Avengers, produced by Marvel Studios and distributed by Walt Disney Studios Motion Pictures. It is the sequel to 2012's The Avengers and the eleventh film in the Marvel Cinematic Universe (MCU). Avengers: Age of Ultron made its world premiere at the Dolby Theatre in Hollywood on April 13, 2015,and held its European premiere on April 21 at the Vue West End in London. The film was released in 11 territories on April 22, with its release jumping to 55% of its international market (44 countries) by the end of its first weekend, before the North American release on May 1, in 3D and IMAX 3D. In North America, the film opened in 4,276 theaters, including 2,761 3D theaters, 364 IMAX, 400 premium large format, and 143 D-Box theaters. Many independent theater owners in Germany (approximately 700 screens) boycotted the film in response to Disney raising its rental fee from 47.7% to 53% of ticket sales On March 4, 2015, ticket pre-sales for the film began. "The two-month gap between advance sales and the release is much wider than normal and reflects the heavy fan anticipation for" the film. Gillette didn’t use any special hashtags, just #avengers and #ageofultron and #flexball. However, Gillette did partner with Stan Lee for the promotion of fictional Avenger-inspired razors. The company’s UK firm also had a very successful video on Facebook. The film was wriitten and directed by Joss Whedon The sequel was announced in May 2012, after the successful release of The Avengers. Whedon, the director of the first film, was brought back on board in August and a release date was set. By April 2013, Whedon had completed a draft of the script, and casting began in June with the re-signing of Downey. Second unit filming began in February 2014 in South Africa with principal photography taking place between March and August 2014. AUDI Marketing At the 2013 San Diego Comic-Con International, Whedon announced the film would be subtitled Age of Ultron. Despite the subtitle, the film is not based on the 2013 comic book miniseries Age of Ultron. Feige explained that they simply just liked the title Age of Ultron but the 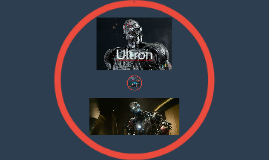 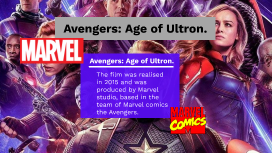 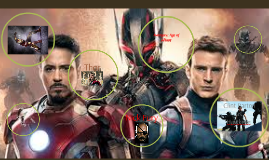 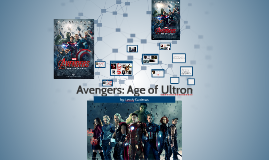 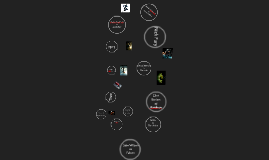 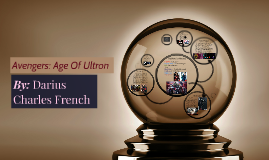 Transcript: Iron Man- Tony Stark Captain America- Steve Rodgers Hulk- Bruce Banner Thor Black Widow- Natasha Romanoff Hawkeye- Clint Barton Quicksilver Scarlet Witch The Avengers (the light) have always had a chip on their shoulder. Even with Scarlet Witch ,Quicksilver and Vision on their side, Ultron (the darkness) was still a tough bugger to beat. Cyber-intelligence was always complicated, but not as complicated as Ultron was. he had the ability to switch from one body to another, just like that. So they had to get rid of EVERY single trace of him there was, which was NOT an easy task. The Hero (or Heroes) By: Darius Charles French Birth Of Vision Light Vs. Darkness Magic Weapon Ultron The "magic weapon" in this movie would be the use of one out of the six infinity stones (Epic Foreshadowing). Ultron planned on using the Time Gem Infinity Stone from Loki's scepter to create his own ultimate body which later became the Vision (who was originally Jarvis), thanks to Thor. It started of as a fantasy, but Tony Stark accidentally brought Ultron to life, and created a monster at the same time. His ultimate goal (whether he wanted to admit it or not) was global destruction and the end to the Avengers. The Quest Back in the Winter Solider, Captian America took down both S.H.I.E.L.D and HYDRA to prevent a massacre. But S.H.I.E.L.D reunited along with War Machine (Colonial Rhodes) to help the Avengers out. Return Of S.H.I.E.L.D Avengers: Age Of Ultron When Tony Stark and Bruce Banner start a peacekeeping program, things go terribly wrong, forcing him, Thor, Captain America and the rest of the Avengers to reassemble once again. As the fate of Earth hangs in the balance, the team is put to the ultimate test as they battle Ultron, a technological terror bent on human extinction and global destruction. The Shadow