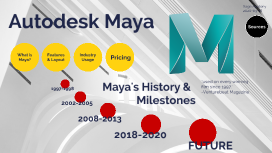 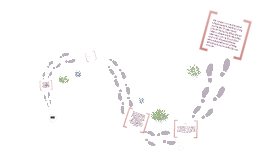 Transcript: The begining... In 1994, John Walker decided to totally leave the company. He left to work on engineering in Switzerland. At this time AutoCAD still accounted for the large majority of Autodesk’s profits. The company had many other products, but none seemed to match the success of AutoCAD. However most of these programs were just extensions or add-ons to AutoCAD. Some examples of these programs include AutoSketch, which was a 2D design program, and AutoCAD designer, which allowed users to created solid models in AutoCAD, as opposed to hollow models. With the purchase of Softdesk in 1996, Autodesk began a new initiative to develop multiple versions of AutoCAD for specific sections of the industry. Softdesk itself was software for architecture, engineering, and construction, so these were three of the major areas Autodesk focused on. In addition to creating these multiple versions of AutoCAD, Autodesk began buying other smaller companies and incorporating them and their software into the Autodesk lineup Growing... The early ninety’s saw a transition for Autodesk. The company restructured itself into 5 main departments, each corresponding to a different version of AutoCAD that was dedicated to a specific field. Also during this time, Autodesk invested in, and then fully acquired the company Ithaca Software. Ithaca Software created the software Hoops Graphics System. This software was integrated into AutoCAD, which resulted in the program being easier to use for new and less savvy customers. Autodesk, Inc., is a leader in 3D design, engineering and entertainment software. Between 1998 and now Autodesk has acquired over 30 different smaller companies, and have taken their software and either incorporated them into their own, sold their newly acquired software with an “Autodesk polish”. Some of the more significant acquisitions Autodesk has made are of Alias and Softimage, Co. Alias is the company that produced the program Maya and was purchased in 2006 for 197 million dollars. Softimage was purchased 2008 and developed a program of their namesake. With this transition to a public company, Walker’s role as founder changed from being project management to financial management, which was not in his favor. Thus, he stepped down from his head roll and started to directly work on programming for the company. He developed an AutoCAD software expansion for engineers that allowed for prices and schedules to be set up along side the design process In 1982, computer programmer and entrepreneur John Walker acquired the rights to the CAD program simply known as AutoCAD. Walker bought the program from its creator Michael Riddle for 10 million dollars. Walker created the company Autodesk around AutoCAD and the program was extremely popular and financially successful upon its completion. The success led to Autodesk going public in 1985. That commitment to both engineering and entertainment software seems to be one of the great hallmarks of the Autodesk Company. Since computer aided design can be so beneficial to both of those fields, and the people at Autodesk understand what is required for both fields, Autodesk has a wide variety software products that can appeal to a generalist or someone looking for software that does very particular tasks After many years of appending AutoCAD, Autodesk seemed to make its top priority acquiring other 3D software based companies. By acquiring all these different software, Autodesk made it so that all the software was up to a certain operational standard. It is interesting to theorize where Autodesk will go next and if they will continue to acquire any other big name companies. In 1994, Autodesk set up over 700 user training programs around the world. The programs helped teach users about and how to use various Autodesk programs. During this time, Autodesk also set up a system so that savvy users and companies to create their own add-ons to AutoCAD and other Autodesk programs. This allowed Autodesk’s programs to gain a large new level of customization and specific application for its users. 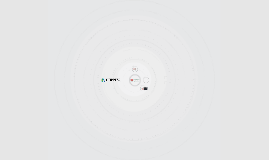 Transcript: Here is an illustration of what can be done with autoCAD Software is software used in the field of architecture or design in the office of study The turnover is 2.5 billion of dollars and employs 7,500 Autodesk is a digital publishing software company that was founded by John Walker So, we can say that autodesk has revolutionized the world of 2D and 3D software This company has created a lot of software known like autoCAD Autodesk is the leader in the world of 2d and 3d software redemption 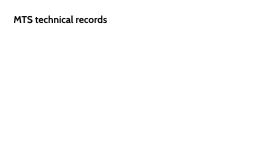 Transcript: Autodesk Created by: Mr Tyler Doggett cREATED AND FOUNDED BY jOHN wALKER IN 1982 Agriculture Engineering Building Constrution Media and Entertainment sIMS Assasin's Creed: BROTHERHOD the end :) Autodesk, Inc. is an American multinational corporation that focuses on 3D design software for use in 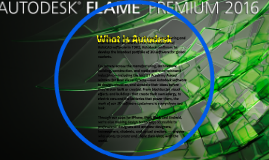 Transcript: What is Autodesk Autodesk, Inc., is a leader in 3D design, engineering and entertainment software. Since its introduction of AutoCAD software in 1982, Autodesk continues to develop the broadest portfolio of 3D software for global markets. Customers across the manufacturing, architecture, building, construction, and media and entertainment industries—including the last 21 Academy Award winners for Best Visual Effects—use Autodesk software to design, visualize, and simulate their ideas before they're ever built or created. From blockbuster visual effects and buildings that create their own energy, to electric cars and the batteries that power them, the work of our 3D software customers is everywhere you look. Through our apps for iPhone, iPad, iPod, and Android, we're also making design technology accessible to professional designers and amateur designers, homeowners, students, and casual creators — anyone who wants to create and share their ideas with the world. 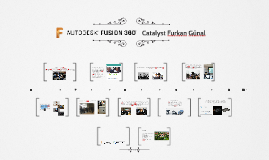 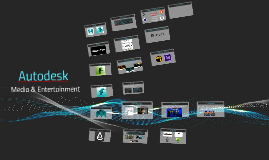 Transcript: Product: Product: Animation Artificial Intelligence Networking Memory management Video support Is the creation of the skeleton to a 3d animation. It means you can yank the bottom of the chain-the hand, for instance-and all of the bones above the hand automatically rotate into position. Products: Are softwares that have modeling capabilities and flexible plug in architecture for different platforms, to work on model, texture, render, sumilation and animation. Product: Rendering Physics engine Collition detection Sound Scripting Autodesk Shotgun- Iterative process Flame, Smoke and Shotgun are the products that facilitated this part of production. Zbrush Modo Cinema 4D Houdini Blender Competitor for composing: Maya & 3d Max It is a software, that allows high quality speed rendering to the images. UV Mapping: It is a visual effects technique for composing two images or video streams together. Product: Competitor for production management: Product: Film editing & Post production: Green Screen Max Fleischer invented something called a Rotoscope in 1915. Functionality: Motion Builder: Competitor: Media & Entertainment Arnold: IK- Kinematics Developers use them to create games for consoles, mobile devices and personal computers. Competitors for 3d modeling: