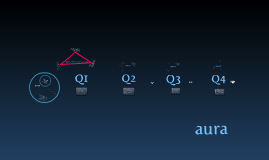 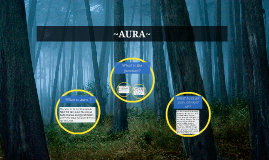 Transcript: WHAT DOES AN AURA CONSIST OF? What is the function? Be patient HOW TO READ AN AURA What is aura ? The aura is the electromagnetic field that surrounds the human body (Human Energy Field-HEF) and every organism and object in the Universe. Be aware of after-images Find a suitable background that fits your The aura consist of seven levels/layers/auric bodies . Each one of the subtle bodies that exist around the physical body, has its own unique frequency. They are interrelated, and affect one another and the person's feelings, emotions, thinking, behaviour, and health as well. Therefore a state of imbalance in one of the bodies leads to a state of imbalance in the others. Determine any color(s) that are visible How to Read an Aura ? Aura benefit us as early detection on a certain condition around us, where the thick aura we will be the better our ability to detect a condition that is far away from us. Aura also serves as conductor of the media if we do the treatment from a distance or in a telepathic and hypnotic activities that we do, where in accordance with its aura / energy can penetrate just about anything / can not be inhibited by anything. ~AURA~ Record what you see Get the proper lighting. Position your partner, or yourself. Learn what the colors and shades mean Relax your eyes as you gaze at your subject 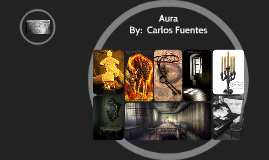 Transcript: Themes: Three main themes occur in Aura 1) Dark and Light 2) Old and Young 3) Past and Present Dark and Light "You climb the stairs behind that sound in the darkness, and you’re still unused to the obscurity. You remember it must be about six in the afternoon, and the flood of light surprises you when Aura opens the door to your bedroom (Aura 23)." "You smile when you find that the evening light is blinding compared with the darkness in the rest of the house (Aura 24)," "The flicker of your match lights up the narrow, empty patio, where various plants are growing on each side in the loose, reddish earth (Aura 79)." "The ray of moonlight shows you the body of the old lady, Senora Consuelo (Aura 113)." "Nothing has changed: the perpetual shadows...(Aura 47 )." Dark and Light The darkness of the house could symbolize how Felipe was kept "in the dark" in regards to Senora Consuelo's true intentions and it helps to give the story a more ominous tone of voice. Due to the religious undertones of this story, the dark may also be seen as the absence of God and the presence of evil. Shadows, the in between of dark and light, are present which can be associated with the suppressed part of the mind or that which one is trying to hide. It is interesting to note that Felipe's revelations all occur in or around light as if to symbolize the moment as "illuminating." Old and Young "'Wanted , young historian, conscientious, neat. Perfect knowledge colloquial French.' Youth … (Aura 1). " "You move aside so that the light from the candles and the reflections from the silver and crystal show you the silk coif that must cover a head of very white hair, and that frames a face so old it’s almost childlike (Aura 13)." "Now you know why Aura is living in this house: to perpetuate the illusion of youth and beauty in that poor, crazed old lady (Aura 69)." "The woman, you repeat as she comes close, the woman, not the girl of yesterday : the girl of yesterday— you touch Aura’s fingers , her waist— couldn’t have been more than twenty; the woman of today— you caress her loose black hair, her pallid cheeks—seems to be forty (Aura 81). "‘I’m going toward my youth, and my youth is coming toward me (Aura 105 )." Old and Young Senora Consuelo is said to be 109 years old and her husband died 59 years ago. Unsatisfied with her life (perhaps because her husband could not give her children), she takes steps to relive her youth through Aura. The relationship between the two women suggests a mirrored existence once it is realized that they are somehow one and the same. Past and Present "... you fall exhausted on the bed, touching your cheeks, your eyes, your nose, as if you were afraid that some invisible hand had ripped off the mask you’ve been wearing for twenty-seven years, the cardboard features that hid your true face, your real appearance, the appearance you once had but then forgot. You bury your face in the pillow, trying to keep the wind of the past from tearing away your own features, because you don’t want to lose them (Aura 121-122)." "It has to do with the memoirs of my husband, General Llorente. They must be put in order before I die. I want them to be published . I decided that a short time ago (Aura 17).” Past and Present Tying in with the old and young theme, Senora Consuelo is obsessed with the past and attempting to relive it in the present. The story revolves around Felipe finishing her husband's memoirs and forcing him into a present version of her husband. As the story progresses, the meaning of time is lost as characters spontaneously age over days and Senora Consuelo's plot is revealed. Motifs 1) Cats “You walk toward her, smiling, but you stop when you hear the painful yowling of a number of cats— yes, you stop to listen , next to Aura, to be sure that they’re cats— and then follow her to the parlor (Aura 29).” “The cats? What cats (Aura 40)?” “One day he found her torturing a cat (Aura 66)…” “You open one of the windows and pull yourself up to look out at that side garden, that square of yew trees and brambles where five, six, seven cats— you can’t count them, can’t hold yourself up there for more than a second— are all twined together , all writhing in flames and giving off a dense smoke that reeks of burnt fur. As you get down again you wonder if you really saw it: perhaps you only imagined it from those dreadful cries that continue, grow less, and finally stop (Aura 45). 2) Witchcraft "You eat mechanically, without noticing at first your own hypnotized attitude, but later you glimpse a reason for your oppressive sleep, your nightmare, and finally identify your sleep-walking movements with those of Aura and the old lady. You’re suddenly disgusted by that horrible little doll, in which you begin to suspect a secret illness, a contagion. You let it fall to the floor (Aura 84)." "You put your hands on your forehead , trying to calm your disordered senses: that dull melancholy is hinting to you in a low voice , the voice of 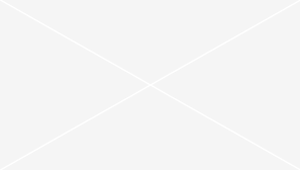 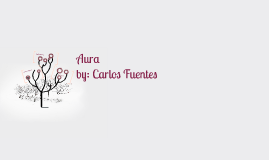 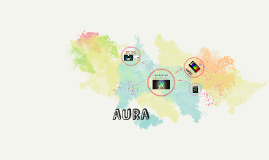 Transcript: Levels Aura What is the Aura? Chakras are a number of nerves crossing at various parts of the body forming major and minor energy meridians which carry the energy to different parts of it. wHAT ARE Chakras? What does the Aura look like? cOLORS conclution An invisible emanation or field of energy believed to radiate from a person or object. 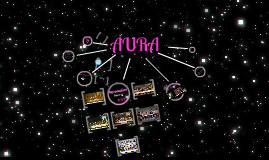 Transcript: Aura . Introduction\Definition of Aura Experiencing Aura in the Museum Reproduction of “The Last Supper” Experiencing Aura Through Music Conclusion\Questions Introduction\Definition of Aura . Reproduction? NOT? The aura also includes the physical changes in a work of art, which are caused through years of existence. Those physical, or even chemical, changes are some of the elements that save the aura of a piece of art and their reproduction is impossible. Discussion Why does Aura has such a great importance? Does reproduction has its own aura? Music Reproduction AURA Thank You For Your Attention! Outline Conclusion Aura = Time, Space and Unique Existance Reproduction ≠ Aura . Works Cited A piece of art is characterized with its in time, space, and its unique existence in the place where it happens to ! Reproduction? Aura or Experiencing Benjamin, Walter. “The Work of Art in the Age of Mechanical Reproductio.” Philosophy@marxists.org. 26 Sept 2012. Web. Greffe, Xavier. "The Economic Impact Of The Louvre." Journal Of Arts Management, Law & Society 41.2 (2011): 121-137. Academic Search Elite. Web. 28 Sept. 2012. Mattick, Paul Jr. "Mechanical Reproduction in the Age of Art." N.p., 1 May 1993. Web. 28 May 2012. Reproduction of “The Last Supper”