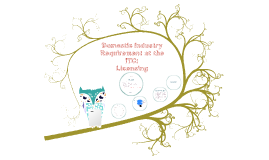 Transcript: How was substantial investment not shown? Facts: Rule that Incorporates Precedent: Nintendo's Argument: Facts: Precedent Nokia was a phone company that was sued by Interdigital for allegedly infringing their CDMA technology. Motiva's Argument: Motiva owned patents related to a system that provided a functional movement assessment for exercise and physical rehabilitation. In 2008, Motiva filed suit against Nintendo in the United States District Court for the Eastern District of Texas for infringing on its patent with the Wii. In 2010, Motiva filed a complaint at the ITC. Nintendo moved for summary determination that the domestic industry requirement of Section 337 was not satisfied. Take Aways: How was this shown? Motiva's litigation activities satisfied the requirements for licensing. The litigation against Nintendo was a strategy to force Nintendo to license its patent. Nintendo's license would force others to invest and license in Motiva's patented technology. Holding: Domestic Industry Requirement at the ITC: Licensing Litigation can satisfy the economic prong. (as seen in Interdigital and PPC) Litigation must be substantial and directed toward a licensing program that would encourage adoption and development of articles that incorporated the patent. Currently a rising 3L at The American University Washington College of Law Originally from the Tariff Act of 1930 19 U.S.C. § 1337(a)(3) (3) . . . an industry in the United States shall be considered to exist if there is in the United States, with respect to the articles protected by the patent, copyright, trademark, mask work, or design concerned-- (A) significant investment in plant and equipment; (B) significant employment of labor or capital; or (C) substantial investment in its exploitation, including engineering, research and development, or licensing. Holding: Information Regarding Brianna Evidence showed Motiva’s litigation was targeted at financial gains, not at encouraging adoption of Motiva’s patented technology. Also, Motiva never offered to license the patent. Therefore, they weren't attempting to build a licensing industry. Rule: Domestic Industry - Licensing: Applicable Law Next Case: Interdigital v. ITC A Complainant does not have to show that their product is manufactured in the US. Only need to show substantial investment in the exploitation of the patent. To safeguard domestic companies from foreign infringing products. Proving licensing is tough when a company was not attempting to license Proving licensing is tough when a company does not keep good records What could Motiva have done to satisfy the domestic industry? PPC manufactured cable connectors that were used to connect coaxial cables to electronic devices. PPC had granted only one license for the patent that resulted from years of litigation. The license included other patents related to the technology. PPC argued its litigation expenditures were substantial and satisfied the domestic industry requirement. The Law Interdigital Comm. v. ITC, 707 F.3d 1295 (Fed. Cir. 2013) Hire an employee or company to license like Interdigital. Offer or request Nintendo and other infringing parties seek licensing for the patent. Assert a patent against an industry that utilized the patented technology. Think about what their end game was and whether suing first and asking for a license later was a reasonable licensing strategy. Table of Contents Get to know Brianna Learn the applicable law regarding domestic industry and why it is used Precedent Recent Federal Circuit Case: Motiva Questions Facts: o Employee’s wages and benefits of those engaged in licensing o Actual licensing revenue Holding: Questions? Travel is essential, too! Graduate of Georgia Tech in Computer Engineering Rule: Motiva’s domestic activities failed to satisfy any of the requirements. There were no commercialized products incorporating Motiva’s patented technology . Litigation was not a significant or substantial investment that could satisfy domestic industry. John Mezzalingua Assocs. (PPC) v. ITC, 660 F.3d 1322, 1327 (Fed.Cir. 2011) Karaoke, not so essential, but fun! Why do we need domestic industry? PPC failed to satisfy the domestic industry through licensing because its expenditures in litigation/ licensing were not "substantial." PPC did not have a formal licensing program Litigation was not entirely for the asserted patent in the case The expenses must be separated based on the patent The purpose of the litigation appeared to be to stop the defendant from manufacturing infringing products because PPC did not offer to license the patent prior to litigation and sought an injunction Expenditures on patent litigation do not automatically constitute evidence of the existence of an industry in the United States established by substantial investment in the exploitation of a patent. Recent Case: Motiva v. ITC, 716 F.3d 596 (Fed. Cir. 2013) To satisfy the domestic industry requirement by proof of investment in patent licensing 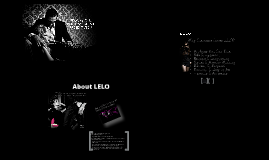 Transcript: About LELO The portfolio is sold in 40 international markets LELO is the world’s leading designer brand for intimate lifestyle products The portfolio is sold in over 40 international markets Founded in Stockholm, Sweden in 2003, all products have been conceived by our international design team The only company to manufacture personal massagers in-house for the highest quality control Famous for revolutionizing the personal massager industry from the beginning with stylish designs, rechargeable batteries and body-safe materials The story of innovation continues with ground-breaking technologies such as SenseMotion™ & SenseTouch™, keeping LELO at the forefront of the personal massager industry Stylish Unmatched not only in terms of quality and safety, LELO personal massagers are also gorgeously designed with ergonomic curves for style and complete comfort. LELO is the world’s leading designer brand for intimate lifestyle products Why Customers choose LELO? A Name You Can Trust Safe & Hygienic Reliable & Long-lasting Stylish & Award-Winning Discreet & Targeted Practical & Easy to Use Versatile & Accessible Discreet All of LELO’s motorized massagers are whisper quiet as well as fully-lockable, meaning customers can enjoy their LELO item whenever and wherever they wish. Rechargeable LELO personal massagers were among the first fully rechargeable motorized massagers to appear on the market, offering customers a convenient, economical and environmentally-friendly power option. 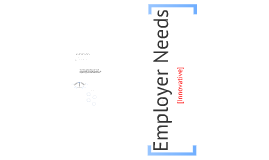 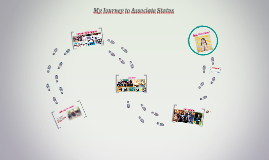 Transcript: #77 LUCKY Eta "HD" Class Spring 2013 Just call me LUCKY ...and AKM And.... My Journey to Associate Status Any Questions? I love my aKDPhi Alumnae Why associate again? This semester 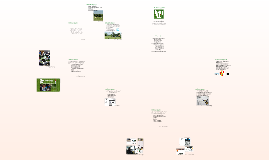 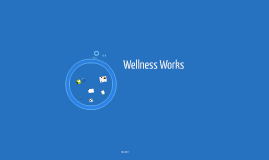 Transcript: Submit: 00100 steps How to use Moves Get a pedometer! Farmers Markets This week's recipe Submit your recipe Recipe archive Recipe Corner Workplace wellness initiatives on the rise. (2012). Professional Safety, 57(9), 16. 10 days a year Parry, S., & Straker, L. (2013). The contribution of office work to sedentary behavior associated risk. BMC Public Health, 13(1), 1-10. Perry , L. S. (2012, June 01). Standing up: Redesigning the workplace to address obesity. Health and Wellness. Wellness Works New York City Long Island New Jersey Chicago Los Angeles Morgan, A. L., Tobar, D. A., & Snyder, L. (2010). Walking Toward a New Me: The Impact of Prescribed Walking 10,000 Steps/Day on Physical and Psychological Well-Being. Journal Of Physical Activity & Health, 7(3), 299-307. Helpful Apps Walking Meet-ups! 54% of adults in the US are not active enough Explain the initiative *What it is *How to participate Questions? $1 spent=$3 in return 5K Photos 11.3 hours per day This month is ...... Tip of the week: “Did you know that....” Steps and Counting! Submit here Steps and Counting! Submit here Steps and Counting! Submit here 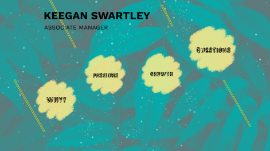 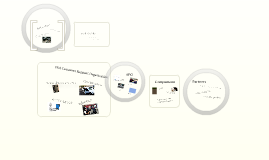