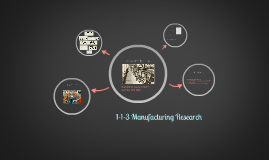 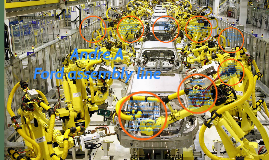 Transcript: http://history1900s.about.com/od/1910s/a/Ford--Assembly-Line.htm Economic information The assembly line helps by moving in a business go by so much faster and give more things to the economy Fact #2 http://www.history.com/this-day-in-history/fords-assembly-line-starts-rolling http://robohub.org/the-evolution-of-assembly-lines-a-brief-history/ Background History Almost everyone that works at a Assembly line get payed more anyone else in the 1900s Economic information The Assembly line was built by the ford motors founder Henry ford and the purpose of the assembly line was to make their products faster with different groups Economic information Assembly line only takes 35 mintines to make a car so mean a Assembly line can make more than 35 cars a day http://www.caranddriver.com/features/fords-assembly-line-turns-100-how-it-really-put-the-world-on-wheels-feature Facts #1 In most time assembly lines can maake work days faster for a workers days go by faster because their doing the same thing over and over again The Assumbly line as also help other companies have a faster process and give more things to the economic Exp Toy\making factories and Vehicle manufactoring And in the economy most people lost their jobs in a Assembly line position because they forget to add a part in the product or vehicle and make them not work anymore Economiy information Andre.A Ford assembly line

Transcript: Olds, was the first person to have "patented" the idea of an Assembly Line. He was also, the first person to use it in a automotive aspect. Henry Ford's Assembly Line: Henry Ford By: Ilyas Abdulle Before we start, I would like everyone to think about who you think invented the assembly line. Now keep that in mind, and we will come back to it later on. An arrangement of machines, tools, and workers in which a product is assembled by having each perform a specific, successive operation on an incomplete unit as it passes by on a series of stages organized in a consecutive order. Even though the idea, did pop up in the building of the Terracotta Army, commissioned by the Chinese Emperor Qin Shi Huangdi to be buried with his body, it wasn't prevalent at that time. Improvements He though Olds to patent this concept, many people took that idea and improved upon it. Ford was the next person to take hold of the idea, and he used it for a much bigger scale that revolutionized the way cars were built. What is an Assembly Line? Assembly Line So who really "invented" the Assembly Line? Ransom E. Olds Ransom E. Olds 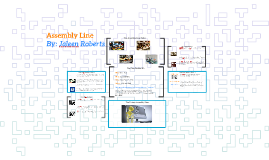 Transcript: When: December, 1, 1913 Assembly Line By: Jaleen Roberts Why was the assembly line invented in the first place? 1974 Silver Arm: The 20th Century (Cont.) Victor Scheinman forms his own company and started marketing the Silver Arm. It is capable of assembling small parts together using feedback from touch and pressure. 1961 George Devol's Robot: Henry Ford produced his first assembly line involving the frame of the car attached to a tow rope that took the frame around a room where different workers would assemble the same part on each car. The 21st Century (Cont.) Who: Henry Ford The Five Double-U's This was the peak in the Model T’s production. Utilizing the assembly line, 1.8 million cars were produced in one year. Jan. 1, 1969 The Stanford Arm: 1954 The Robotic Age Is Born: Olds proves the assembly line’s efficiency by quadrupling the output of vehicles in his factory. He moved from 425 in 1901 to 2,500 to in 1902. Victor Scheinman created the Scheiman arm, a robotic 6-axis arm. It was the first robotic arm that could move things and assemble things in continues patterns repeatedly. The arm's design becomes a standard and is still influencing the design of robot arms today. 1901 The Curved Dash: Oct. 7, 1913 Henry Ford: 1902 Power Of The Line: General Motors installs first robotic arm to use on assembly lines. This was installed in Trention, New Jersey. The arm weighed 4,000 pounds and cost $25,000. At this point Japanese and Italian companies use robotic assembly lines to manufacture cars. This sparked a surge in worldwide robotics usage. The 21st Century Automotive companies showered robotic companies with investments. Which allowed them to make more robots and caused more companies to buy robots. 1914 Double Wage Day: The invention of the assembly line revolutionized the automobile industry and the concept of manufacturing worldwide. Jan., 1924 The Peak: Ransom Olds produced a curve dash by using a progressive assembly, which used a horizontal plane that was easy to move around on wheels and sped up the car-making process exponentially. Where: Highland Park Ransom Olds uses the assembly line in his Olds Auto Factory. He also patents the concept of the assembly line. General Motors, also using the assembly line, and introducing the idea of paying cars on credit, took over the business that Ford had started, overshadowing Ford and leaving 75% of Americans buying cars on credit. What: Assembly Line Unimation, a company working in robotics is created. It was founded Joseph F. Engelberger, and later George Devol Was appointed Co-Head of the company. Jan. 1980 The Dawning : George created the "Programmed Article Transfer". Henry Ford doubled the assembly line worker’s wages from $2.50 to $5.00, and reduced the work day from nine hours to eight hours. This spurred tons of workers to join the assembly profession and allowed more and more cars to be made at cheaper prices. The Assembly Line Today The Future Assembly Line 1980 The Money : The 20th Century 1961 The Installation: Jan., 1901 The Patent: May 26, 1927 G.M.: 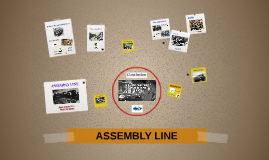 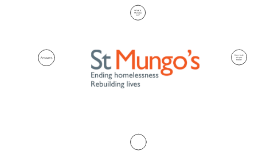 Transcript: At St. Mungos, they help end homelessness by using the money that is donated to them to pay for housing, education, getting a job and helping homeless people get back on their feet in general. What St. Mungos do? What St. Mungos do? How many people do you think sleep on the streets each night in London? How many children do you think sleep on the streets? What do you think the average life expectancy is for a man who is homeless? What about a woman? How much do you know? How much do you know? There are over 250,000 people sleeping on the streets in London. Over 120,000 of them are children. The average life expectancy for a man is 47 years and for a woman its 43 years. Answers Answers 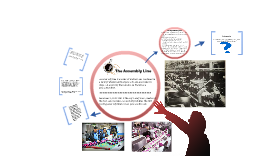 Transcript: In an assembly line, each worker is assigned one very simple yet specific task, which he or she repeats, and then the process moves to the next worker who does his or her assignment. This continues until the product is complete. It is a way to quickly and efficiently produce items. All workers do not have to be human; robotic workers can make up an assembly line as well. Discussion: What other products can assembly lines aide in the production of? Has your view on if assembly lines are efficient or not changed? Why or why not? ******************************* Exit Question PB & J assembly line There will be five steps to this assembly line. First person: Get bread out of bag and place on plate. Second person: Spread jelly Third Person: Spread peanut butter. Fourth Person: Slice PB & J in half. Fifth person: Place sandwich in the ziploc bag provided. Form into two groups to perform as an assembly line and one person perform alone. The two groups, consisting of five people, will perform the five steps as an assembly line while the individual performs alone. The first one to create five, neat sandwiches wins! The Assembly Line An assembly line is a series of workers and machines in a factoyr where identical products are assembled in steps. An assembly line can also be known as a production line. December 1, 1913. This is the day Henry Ford, creator of the Ford automobiles, successfully installed the first moving assembly line to mass produce his cars. Assembly lines today can be used to produce cars, airplanes, buses, tennis shoes, and other common products. Fords assembly line cut the time producing cars from twelve hours into two and a half hours. This made is easier and cheaper to produce cars that the average person could afford 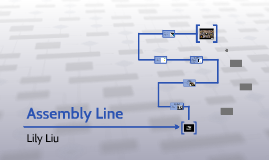 Transcript: Greater Efficiency and Productivity Development of New Industries Increased Aggregate Supply time it took to make a Model T decreased from 12.5 hours to 93 minutes economy was more efficient and could produce more goods contributed to the booming economy of the 1920s in 1908, price of Model T was $850; in 1924, it cost $295 increase in GDP higher standard of living for Canadians Lily Liu Improved Working Conditions Ford attracted workers using higher wages and shorter hours workers had the money to buy cars and the time to use them contributed to the development of the middle class cars went from an expensive luxury to an affordable necessity upsurge in car-related industries (e.g. steel, petroleum) birth of fast food industry amount of time needed to make a product decreased lower costs consistent products and increased quantity Assembly Line Standardization and Mass Production