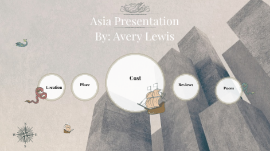 Transcript: Asia Presentation By: Avery Lewis Location Location -Yiheyuan,Beijing- -NO. 19 Xinian Gong-men road- Location Pictures Location Pictures Pictures Location TITLE Pictures TITLE 2019 TITLE TITLE TITLE Place -Place- Place The summer palace is a traditional site and you can stay there. A lot of tourist like to stay and explore too. Cost THIRD TOPIC TO see the Summer palace it cost $30 for the entrance fee, $5 for the dehe garden and $10 to enter the Buddhist incense. Reviews Reviews The average review for the summer palace is 4.5 stars out of 14,139 reviews. I would love to stay there,because not only does it have a pretty high rating it also seems like really pretty and a really great bucket list item. Poem 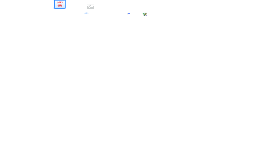 Transcript: do you want to live there? South asia Russia pakistan, bangladesh, nepal, and bhutan = less than 1/2 Islam is perhaps the most conservative of the major religions. Hinduism is reasonably conservative as well. treatment of women style of dress no alcohol Urban or rural? climate of South Asia The East India Company Islam Ecosystems of South Asia socially conservative high, medium, low? the world at night... beach in karachi, pakistan in modern history South Asia South Asia Population density low income = less than $1000 per year Socioeconomics was founded in 1600 to sail from England to India and trade goods between the locations. it established relationships with the kingdoms in India at the time built factories made tons and tons of money eventually takes over rule of the British Empire in India india = 60-70% The British government fully ruled the region of South Asia from 1858 to 1947. built extensive railroad system built factories, schools, public buildings ran the government as a minority discriminated against the native population fought many rebellions of Muslims and Hindus Hinduism do you want to live there? South asia ranks Reasonably low Buddhism soviet union British Raj Positano, italy there was a great civilization in the Indus River Valley around the time of the ancient Egyptians, about 3300-1300 BCE. at it's peak, it was home to approximately 5 million people in modern history There is a dominant language purely due to population ... Hindi is the most prevelant approximately 800 million people speak Hindi, mostly in India most Indians speak english as well this is an effect of British rule 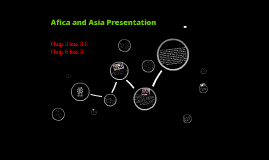 Transcript: Afica and Asia Presentation Conclusion Starting in early 200’s, the first of the dynasties had ended. Other leaders tried to take the power that Han had. After certain leaders tried their time, the Mongols came and took control. The Mongols ruled for a long time, in which violence carried on. A man by the name of Shotoku Taishi tried unifying Japan under one government. After his death, everything fell out of hand again. About 800 years later, trade became very popular in Southeast Asia. Several groups, including the Portuguese, the Dutch and the Europeans fought for trade routes. The Dutch became very strong in the islands (non-mainland), while the Portuguese had support from the mainland states such as Vietnam and Thailand. As the years continued, ways of religion in the non-mainland states changed. Christianity had started making its way, while in the mainland, Buddhism was the main teaching. In 1500, mainland southeast Asia was a relatively stable area. All around the region, from Bruma to Vietnam Kingdoms formed with their own ethnicities, languages, and cultural elements. Bibliography In 1511, Portuguese seized Melaka, one of the main sources of spice. The Portuguese did not have s military large enough to take full control of Melaka, so they made small settlements around it to be included in the trade. Chap. 3 less. 3 & Chap. 6 less. 3 Spice trade Route In 1279 a grandson on Genghis Khan named Kublai khan rose to power, completed the conquest of the song dynasty, and created a new dynasty known as the Yuan. Kublai khan made his capital at Khanbaliq in north China. This area would later be renamed Beijing. By this time, religious preferences had changed quite a lot as well, and Confucianism had become dominant in court. In the early seventh century, Shotoku Taishi began trying to unify Japan under one government and give more power to the sole ruler of Japan. This was done to more effectively prepare the islands of Japan against an invasion. Since this was enacted, it caused the ruler of Japan to be viewed as a divine figure and symbol of Japan. After Shotoku Taishi died, another yamato ruler was appointed, but he was very strongly influenced by the Fujiwara clan. In 710 the emperor began to create his capital at Nara. In 794 the emperor moved his capital from Nara to Heian, which is now at the site of modern day Kyoto. By this time the Fujiwara clan basically ruled through the emperor and because of it, the government began returning to their decentralized state. During the time of trade, religious beliefs changed. In the non-mainland states, Islam and Christianity were taking action. In the mainland however, Buddhism remained as the main belief, and influenced new ways of government. The Han dynasty has fallen and ended in 220, making china a chaotic empire. For over three hundred years the Chinese went through disorder and civil war. The Sui dynasty came next, but it did not manage for too long (581-618) However, even though they did not last for very long, the Sui dynasty was still able to keep china at peace for a time. "Google Images." Google Images. N.p., n.d. Web. 23 Sept. 2012. <http://images.google.com/imgres?q=buddha>. "Google Images." Google Images. N.p., n.d. Web. 23 Sept. 2012. <http://images.google.com/imgres?q=khan>. Later, the English and Dutch traders came to take over. The Dutch took control of a Portuguese fort in Melaka, excluding them from the trade. As the Dutch became more powerful, they took over most of the trade, leaving the English with a port in southern Sumatra, and leaving the Portuguese with nothing. As Dutch military and political power grew, so did their expansion of control. Chapter 6 less. 3 In 1767, the Thai capital was attacked by the Burmese army, which forced the Thai to move their capital to what is now Bangkok. By 1800 the Khmer monarchy was all but gone, thanks to several attacks made by the Vietnamese. Things were different in the Malay Peninsula. Over there Islamic traders were slowly entering the area because of the growing attraction to the spice trade. The Portuguese, Dutch and Europeans continued to fight over the trade routes. While the Europeans and the Dutch were fighting over trade in the islands, The Portuguese were in trade with some of the mainland states. This was an advantage for them because the mainland had strong monarchies and political unity. The small trade islands were very unorganized. The only reason they were profitable, was for the many spices they had. The Asian World and Southeast Asia in the Era of the Spice Trade By Brandon Kieler, Nick Carter, and Isaac Hanson Then in 960 a new dynasty known as the song dynasty rose up and had the best economic prosperity and cultural achievement out of all the dynasties. This dynasty fell when the Mongols created the Mongol dynasty. Chapter 3 less. 3 "Google Images." Google Images. N.p., n.d. Web. 23 Sept. 2012. <http://images.google.com/imgres?q=mongols>. The Mongols were a type of pastoral