HomeTemplatesPowerpointAre You Smarter Than Your Teacher Powerpoint Template

Are You Smarter Than Your Teacher Powerpoint Template 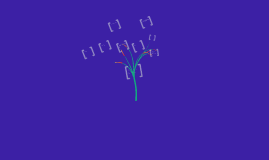 Are You Smarter Than Your Computer?

Transcript: Rom stands for read only memory, and Ram stands for random access memory. rom is needed to start the computer what is the use of a hardrive? $300 2 nubers and they are 1s and 0s Busses are the links that connect to the Ram, Rom and CPU $100 Welcome to.... Are you Smarter than your Computer? how many computer parts did you learn today? did you enjoy this game contestants? $1000 each! to save info and files. what is the difference between Rom and Ram? $500 What are busses? $600 Question nuber 1: What is the definition of mother board? if the cpu was part of the humaN BODY, what would it be? $200 A Printed Circut Board Starring: Christian'mic'nerd, Kamerion'mic'doof, Smarty #1, and Smartie # 2 the brain!!! Read only memeory What is the deffinition of ROM $300 Question nuber2: How many different nubers are in a binary code? $200 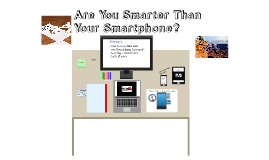 Are You Smarter Than Your Smartphone?

Transcript: Are You Smarter Than Your Smartphone? Tweetdeck Hootsuite Google+ Facebook LinkedIn Twitter Summly: Stay Up to Date with the News How to keep data safe Are they asking too much? Leverage convenience Lock it down Privacy? Questions???? The World is at your fingers...don't mess up The best aps for you Source:http://mashable.com/2011/02/16/red-cross-tweet/ 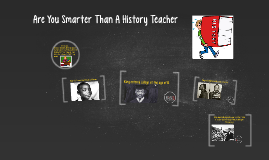 Are You Smarter Than A History Teacher

Transcript: How to play: King was such a gifted student that he skipped grades nine and 12 before enrolling in 1944 at Morehouse College, the alma mater of his father and maternal grandfather. Although he was the son, grandson and great-grandson of Baptist ministers, King did not intend to follow the family vocation until Morehouse president Benjamin E. Mays, a noted theologian, convinced him otherwise. King was ordained before graduating college with a degree in sociology. King was imprisoned 10 times in his life False! When King was awarded the Nobel Peace Prize in 1964, at the time he was the youngest Peace Prize winner ever, at the age of 35. His acceptance speech in Norway included the famous statement, “I believe that unarmed truth and unconditional love will have the final word in reality. This is why right temporarily defeated is stronger than evil triumphant.” King apparently improvised parts of the “I Have A Dream” speech in August 1963, including its title passage. Clarence B. Jones worked on the draft of the speech, which was being revised up to the time King took the podium. He says King’s remarks were up in the air about 12 hours before he spoke, and the “dream” reference wasn’t in the speech. King later added it live when singer Mahalia Jackson prompted him to speak about the “dream.” In June 1963, King had talked about his dream in a speech in Detroit. The civil rights leader was born Michael King Jr. on January 15, 1929. In 1934, however, his father, a pastor at Atlanta’s Ebenezer Baptist Church, traveled to Germany and became inspired by the Protestant Reformation leader Martin Luther. As a result, King Sr. changed his own name as well as that of his 5-year-old son. King’s birth name was Michael, not Martin. True! When King was awarded the Nobel Peace Prize in 1964 was he the youngest ever to receive this award? According to the King Center, the civil rights leader went to jail 29 times. He was arrested for acts of civil disobedience and on trumped-up charges, such as when he was jailed in Montgomery, Alabama, in 1956 for driving 30 miles per hour in a 25-mile-per-hour zone. Are You Smarter Than A History Teacher True! True! King entered college at the age of 15. True! Various statements will be said about Martin Luther King Jr. If you believe the statement is "True" stand up. If you believe the statement is "False" stay seated. 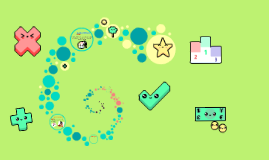 are you smarter than a teacher 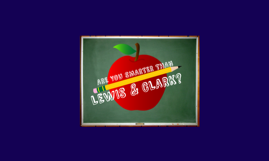 ARE YOU SMARTER THAN

Transcript: Sacagawea How did the men get along as the two leaders of the expedition? a. They hardly ever agreed on anything important. b. They always agreed on important things. c. They did not interact much. NEW DISCOVERIES ARE YOU SMARTER THAN Sacagawea The old lady was from the Nez Perce . ABOUT LEWIS & CLARK What is NOT a hardship they had on the journey? They gave Lewis and Clark watermelons in trade for smoked meat. True or False: Clarke leaded the men more, and Louis made more observations by himself RELATIONS WITH NATIVE AMERICANS From which tribe was the old lady that pleaded for their survival? How did the Otw-Missouri help on the expedition? Sacagawea rescued a boat that was tipped over. Louis and Clarke They always agreed on important things HARDSHIPS True a. Walking through the Rocky Mountains b. Rowing across the Pacific Ocean c. storms a. The source of the Missouri River GEOGRAPHICAL FEATURES LEWIS & CLARK? c. beavers Relations with Native Americans Which did Louis and Clarke NOT discover in the West? a. prairie dogs b. bison c. beavers Relations w/ Native Americans What geographical feature did Louis and Clarke discover? b. rowing across the Pacific Ocean a. The source of the Missouri River b. The Grand Canyon c. The source of the Mississippi River New Discoveries The End false. True or False: Sacagawea accidentally tipped over a boat, ruining some supplies. Louis and Clarke 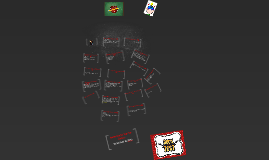 Are You Smarter Than Your Teachers? 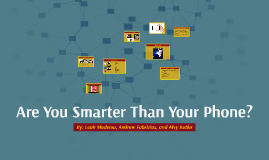 Are You Smarter Than Your Phone?

Transcript: Who is it used by? Apple VS. Samsung What is it used for? The good, the bad and the ugly... Communication by texts, calling and email Social media Internet access Taking pictures Planning and organizing Playing games Viewing documents Videos Brand Names The Future is Now! What does the future hold for smartphones? So, what exactly is a "smart phone"? Everyone!!! Arch Rivals! Any Questions? Apple Samsung Nokia HTC Sony LG Motorola Blackberry Micromax We have all used this technology before Overall we've really enjoyed the products we've had Occassionally, there are software bugs, that can be easily fixed We definately see smart phones being around for quite a long time Are You Smarter Than Your Phone? By: Leah Medema, Andrew Fabrizius, and Alvy Butler 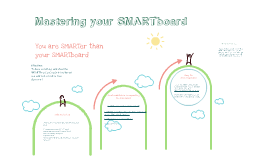 You are SMARTer than your SMARTboard

Transcript: Tools and Tricks Mastering your SMARTboard Objectives: To learn something new about the SMARTboard and ready to implement one new tool or trick in your classroom! http://eduscapes.com/sessions/smartboard/ Using the SMARTresponders Great websites for incorporating the SMARTboard Using the SMARTboard for more than just a projection screen: - Take your notes on the SMARTboard - import your notes from Microsoft Word - use it for editing a paragraph - any other ideas? Try one new thing by the end of next week! Check out the tool bar! Wrapping things up... You can import tests from word, power point and exam view! If you are interested, check out my screen cast on https://onslow.eduvision.tv/Default.aspx Select Hunters Creek Middle School and select the SMARTresponder tutorial video. I hope you've learned something new! Fill out the half - sheet of paper for your use in the classroom. Keep it in your PDP/Teacher Data Notebook for post - observations so you will remember all the great things you are doing! You are SMARTer than your SMARTboard http://www.internet4classrooms.com/links_grades_kindergarten_12/whiteboard_lesson.htm http://exchange.smarttech.com/#tab=0 Let's play kooshball!