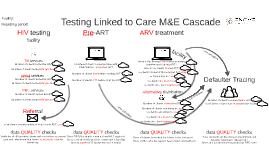 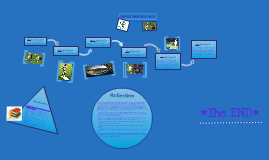 Transcript: *The END* http://news.bbc.co.uk/sport2/hi/football/world_cup_2006/4991652.stm http://en.wikipedia.org/wiki/Violence_in_sports http://www.fifa.com/worldcup/archive/edition=9741/photo/523/580/picture.html#33325 http://en.wikipedia.org/wiki/2006_FIFA_World_Cup_Final http://sportscorner-pak.blogspot.com/2011/04/zinedine-zidane-headbutt.html http://soccerlens.com/what-did-materazzi-say-to-zidane/287/ http://news.bbc.co.uk/sport2/hi/football/world_cup_2006/teams/france/5164616.stm Before the headbutt there was a fight happening between the two players. Materazzi kept on insulting Zidane, his mother and sister. After the insults Zidane started walking away but suddenly turned back and the rest... you know!! I think this type of behaviour shouldn’t be allowed in any sport, because it causes many things. One affect these fights have are that they can hurt the player’s emotion leading into lack of focus. Also, these fights usually get physical which leads the player into an injury. Although, sometimes you just can’t handle it and you do something which you don’t realise you are doing!! Usually the players in the argument get sent out of the game which means the team can lose! This is exactly what happened to Zidane, and since he was the best player the team lost because he wasn’t there. It is really hard to ignore insults but if you are in the FINALS you should try harder, which Zidane failed to do. There are ways how you can stop this type of behaviour (physiologically), and some of them are: 1. If a player is insulting/ pushing, they should just ignore them as much as they can. They should believe what ever the other is saying/ doing is nothing. 2. All sports event are important, and the players know any violence or fighting can result into them losing. So, they should always finish the game and then do what ever they want after! 3. If the players are getting into a fight, they should think about the children who look up to them. Later, they will (maybe) realise what they are doing. 4. All players should take an oath to not fight during the match, other wise the whole team will be disqualified. 5. The opposing team members should not talk or interact with each other, so there is no way they can fight. Also, points 1, 2, 3 and 5 should be followed in our community (clubs, kids playing for fun), as people do anything which is done on T.V. If the professional players think violence isn't the answer to anything, so will the people who are playing it for FUN! The incident happened on the 9 July 2006. Who did it involve? REPORTING PROJECT Zinedine Zidane headbutted Marco Materazzi on the chest! Where did it happen? What is the incedent? Why did it happen? ******************************************** When did it happen? How did it happen? BIBLIOGRAPHY: Reflection The fight was between French captain Zinedine Zidane and Italian player Marco Materazzi th This happened in the 2006 FIFA World Cup final in a stadium in Berlin, called Olympiastadion. Zinedine Zidane and Marco Materazzi The incident happened because, Zidane was angry and fed up. And as all of you would do if you were insulted, you would fight back. Although, that wasn't what he wanted to do, because before he tried to walk away. However, I think he couldn't take it anymore and did the act! By: Evangel 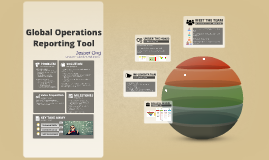 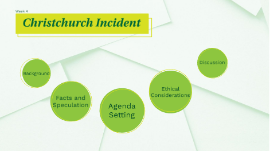 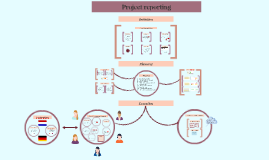 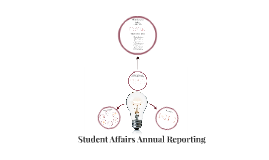 Transcript: Responsible for the "G" Super-duper responsible for raising a poor "G" rate The Supporting Documentation The official student record Good for getting raw data Terrible for interpreting data Good for interpreting that raw data Still (unfortunately) requires user input Key Concepts 1 Student Affairs Annual Reporting Total Number of Graduates who are Available to be Employed Run a Student Status Changes report to identify your successful starts within the Reporting period 4 The Cohort Sheets Where all annual reporting data comes from Used in conjunction with student groups Results are exported to Excel 1) The G&E Chart 2) Month one start cohort sheet 3) Supporting documents for starts 4) Month one graduates cohort sheet 5) Supporting documents for those graduates 6) Month two starts cohort sheet 7) Supporting documents for those starts 8) Month two graduates cohort sheet 9) Supporting documents for those graduates 10) Keep going until month ten Some General Rules: Determines whether dropped students or unemployed graduates count against our rates Four things can make a dropped student unavailable for graduation Six things can make an unemployed graduate unavailable for employment Save those results as a student group Data that gets used in a binder Staff Members A Few Things to Know Excel Program Coordinators and Instructors often know a lot about their students and may have availability and employment information Crystal Reports CampusVue Interspersed with the cohort sheets, depending on what "side" they are for Provides the proof of our positive claims MUST BE uploaded into CampusVue as well as in the hard copy binder The Goal: A Few Things to Know: divided by Bursars are great sources for updated contact information Student Services Coordinators Employment Some General Rules: Responsible for the "E" Super-duper responsible for raising a poor "E" rate Graduation We focus on annual reporting for our accrediting body, ACCSC. They use the terms "Graduation" and "Employment" and so therefore their report is called the G&E Report. Availability 2 3 All of this goes into... A BINDER! Run that group through the Master Student Listing Summary to get those students' "G" outcomes and save those as a group. Then run that group through the Student Status Changes report (again). Save all of that into Excel. We submit our report at the end of the year (October) We work to have a full draft much earlier in the year We include students that are no longer active We cover one 12 month period in each report 5 We prove it with paper documentation that we collect to support the claim we are making about the student (whether they graduate, are unavailable or get a job in-field) Export your outcomes to Excel Timeline: What Is Success? Graduation Run that group through the Student Placement Details Report to get the "E" outcomes. Always means the G&E chart Always the first item in the section Provides the numbers The Binder order: Others further education return to home country 6 Come after the chart Provide the names and outcomes behind the numbers on the chart Tracks program starts and statuses for both graduation and employment Total Number of Students who are Available to Graduate from the Program Data that gets exported from CampusVue Why? Longer programs have lower graduation rates The longer the program, the more chance there is for life to get in the way of studies Employment Registrars can often help clarify a messy enrollment situation and may recall details of the drop, since they are the ones to process the drop At Its Simplest Form, it's also just a fraction. A Super Brief Look into the Process Itself Graduates Who Become Employed in Field Analyze the heck out of your exported data to determine final G&E statuses and rates for each program And How Do We Prove It? Career Services Coordinators divided by The Chart To Prove Our Students are Succeeding At Its Simplest Form, it's just a fraction. Students who Graduate from the Program Success is Graduation and Employment In-Field Resources Employment rate requirements are the same for every program 68% Unlike the academic curriculum, the employment search process follows no set pattern medical situation active-duty military death incarceration 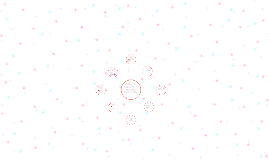 Transcript: E.g. Create eqity in women's health services access and outcomes in disadvantaged groups Actions E.g. We engaged with more than 50 intersectorial stakeholders such as a,b,c... which aligns to our core goal of: Engagement - Create strong engagement with our key stakeholders, including members, partners, the community and government What's the Campaign? What's the problem? In order to solve this problem, we... e.g. NWHS...A one day event with top 100 influencers that opens the conversation about this issues Outcomes vs. Objectives Building partnerships allows us to be seen as a figure of authority, which brings us closer to our vision: To be the leading authority in women’s health in Australia and New Zealand. If we are the leading authority in women's health, we can now solve the initial problem. E.g. If we want to increase awareness, we need more people to hear our message, so we'll track that with reach, followers, media presence.... Campaign Objectives Social media campaign Social media cross-promotion with partners Press room Press release Journo co-chairs What's the solution? Outcomes How does this relate to the College's goals? Insert tickbox table: Reach 1000 Followers +200 Media presence 5000 reach = Tick Raise Awareness goals. We reached 1000 people with our NWHS thanks to partnering re-tweets that augmented our reach. This is 500 more than our average, which means we doubled the reach of our message E.g. To increase awareness on women's health pressing challenges in different specialist streams How does this relate to our Mission and Vision? E.g. Inequity in women's health services access and outcomes in disadvantaged groups Marketing Metrics