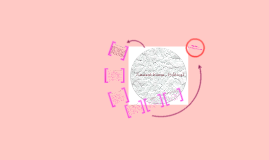 Transcript: What were the rights of the citizens, including women, children and minority groups? How much freedom did people have? The plebians are the less wealthy citizens of Rome but they are still allowed to vote were the patricians are the more wealthy citizens of Rome. The slaves were not allowed to vote because they are not citizens of Rome. The current head of state is Giorgio Napolitano he was elected on the 4th round of balloting on the 10th of May 2006. The president is in power for 7 years than has to be re-elected. The structure of the government in Rome, there is two consults which are the head of government, there are 300 senators who supervise government maters, there are 2 censors who supervise citizens, set taxes, and appoint senators. Usually chosen from former consuls for 18 months, there are also 10 tribunes who guard rights of plebians, 16 praetors who are the Head of Senate or assembly in consuls absence, act as high judges.and serve for two years, 8 quaestors who act as treasures,they serve for 1 year, there is also military assembly who Pass laws, elect officials, and declare wars they are made up of patricians and plebeians. How was the government selected? Romans didn’t believe in one religion but in a mixture of rituals, superstitions and traditions which they collected over the years from a number of sources. Could people practice a range of religions? Who was the head of state? How was the head of state selected? THE END!!! By Molly Larsen 7B Ancient Rome - Political The women are not allowed to vote in Rome, you have to be 18 to also to vote in Rome so children can’t vote and the minority are not citizens so aren’t allowed to vote. The citizens of Rome other than slaves were allowed to vote for two consuls. They were elected to serve for one year. It was the Consuls job to govern Rome. They had to both agree on all decisions. After they had served their year they were replaced. They were not allowed to be consuls again for ten years. What style / structure of government? 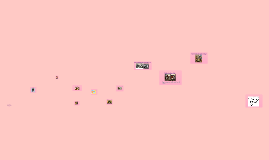 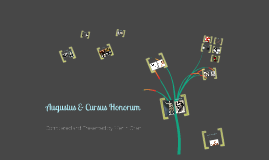 Transcript: AUGUSTUS Mark Antony Join forces UNITE! Hannibal's Havoc Hamilcar The Defeat of Hannibal The Tearing Apart of the Second Triumvirate Hannibal Undisputed King - Augustus The Start of the Second Punic War 218 - 201 BC Thanks for Listening and Watching!!! A NEW PLACE A Start of Carnage and Gore I AM KING!! The Expansion of Hell Battle Of Actium DEFEAT A NEW KING! NEW ERA! NEW WORLD! Thanks guys and girls and students and teachers and everyone else! I hope this has helped you in enlarging your knowledge on the Roman Empire and Ancient Roman History in general! A NEW CONCEPT ASSASSINATION OF LORD CAESAR (Arrow) THE GOOD OLD SENATE The End of the Mighty Hellraiser Mark Antony Commits Suicide A NEW ROMAN EMPIRE! Second Punic War Barred from Home Country Completed and Presented by Merlin Chen A NEW EMPEROR! Augustus & Cursus Honorum Marcus Lepidus Driven into Exile A NEW MONARCHY To Marcus Lepidus KILLLLL!!!!!! WREAK HAVOC! Scipio 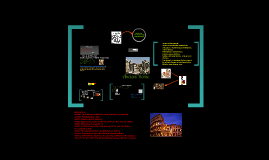 Transcript: How did different civilizations organize people into groups? Rome had many social groups based on heredity, property, wealth, citizenship, and freedom. Women were classified by what their husbands did as a living. The boundaries between social classes were very strict, only the emperor could wear a purple toga, members of the senate could wear a white toga with a broad purple stripe. Commoners could wear a white toga with a narrow purple stripe. The social classes went from emperor to senators, to commoners, to slaves. Describe the many important literary contributions. Many different books on comedy, plays, tragedy, satire, and history, were written by the Romans. Although the Romans wrote them, they stole many writing styles from the Greeks and manipulated them to work to their advantage. Describe a famous author and his work. Cicero wrote many famous books, some of which are still on the New York Times bestsellers list. 1.De Amiticia 2.Pro Archia 3.Brutus 4.Pro Marcello What types of writing systems did they use? They stole the writing systems from many different cultures. They spoke Latin. They wrote all sorts of writing types and wrote them down in books Complex Religion: The civilization was polytheistic because the Romans worshipped many gods. The most important god is Jupiter; God of the Sky, and his wife is Juno; Goddess of the Sky. A few other gods were; Mars= God of War Mercury= Messenger of the Gods Neptune= God of the Sea Janus= God of the Doorway Diana= Goddess of the Hunt Vesta= Goddess of the Hearth Minerva= Goddess of Healing and Medicine Venus= Goddess of Love The Christian Religion experienced heavy persecution in Ancient Rome. In the Great Fire of A.D. 64, a fire burned half the city. Romans blamed the fire on the Christians and they suffered massive persecution until Constantine became Emperor. Emperor Constantine took away the law that says you can’t worship what you want and converted to Christianity himself. Thusly the whole Roman Empire switched to Christianity. Achievements: •600 B.C- The Etruscans establish cities from northern to central Italy. •218 B.C- Hannibal invades Italy. •64 B.C- Pompey captures Jerusalem. •45 B.C- Julius Caesar captures Pompey becoming the first emperor of Rome. •44 B.C- Julius Caesar is assassinated. •27 B.C- Octavian becomes Caesar Augustus and is the emperor of Rome. •0- Jesus Christ is born. •64 A.D- Fire burns half of Rome and Christians are blamed. •305 A.D- Constantine becomes first Christian emperor of Rome. •380 A.D- Christianity is declared as the sole religion of Rome by Theodosius 1. • 476 A.D- The last roman emperor was Romulus Augustus, who fell to Odoacer. https://irvine.wikis.gdc.georgetown.edu/file/view/RomanEmperorCartoon.jpg/285945106/RomanEmperorCartoon.jpg http://i.istockimg.com/file_thumbview_approve/4338341/2/stock-illustration-4338341-roman-soldier-no-background.jpg http://t3.gstatic.com/images?q=tbn:ANd9GcRjwSn-xiTZ0oKN1KuQH5gugXEXLtYMZHM8irp76nd6fAmuJ0j1Y9VfNYts6w http://www.crystalinks.com/Twelve-Tables.jpg http://www.google.com/imgres?q=roman+military&um=1&hl=en&safe=active&sa=N&rls=com.microsoft:en-us&biw=1366&bih=600&tbm=isch&tbnid=lV1vMy0EhltQMM:&imgrefurl=http://romanmilitary.net/strategy/structure&docid=dzmJ4WV-z99VeM&imgurl=http://romanmilitary.net/strategy/images/guard.jpg&w=550&h=298&ei=CipbUNSaA_GFyQGvuoAQ&zoom=1&iact=rc&dur=171&sig=112557151423766512392&page=1&tbnh=89&tbnw=164&start=0&ndsp=23&ved=1t:429,r:0,s:0,i:73&tx=92&ty=7 Find an artist and give a summary of their work. http://www.google.com/imgres?imgurl=http://content.artofmanliness.com/uploads//2010/11/cicero-portrait-1.jpg&imgrefurl=http://www.themoralliberal.com/2012/03/02/cicero-defining-law-justice-and-their-origins/&h=162&w=126&sz=6&tbnid=VUrnZKX7nPyKKM&tbnh=0&tbnw=0&prev=/search%3Fq%3Dcicero%26tbm%3Disch%26tbo%3Du&zoom=1&q=cicero&usg=__h9NBWWUGerhO_VoONHgbn3jTvEc=&docid=YnS5Lzjrz9ctZM&sa=X&ei=GihbUO-iJcnkygGy1IHoAg&ved=0CGoQ1Rc Ancient Rome Romans got water from aqueducts which transported the water to every house. Romans made many a bathhouse where the public would go bathe and get together. Arts & Architecture A famous Greek artist was Polygnotus, who was most famous for his wall murals. Many of his styles of work the Romans used as their own. Describe a typical home or building for your society. What types of jobs/work were popular for the people living in your civilization? political jobs administration jobs military farming trades merchants construction religious entertainment artists lawyers teachers Print Payne, Robert, and William Harlan Hale. The Horizon Book of Ancient Rome. New York, NY: American Heritage Pub.; Book Trade Distribution by Doubleday, 1966. Works Cited They consisted of maintaining the water supply, repairing roads, caring for temples and other public buildings, and distributing the grain supply. Depending on your wealth you could have two room apartment, called a flat, or a one story house built around a central hall. Wealthy 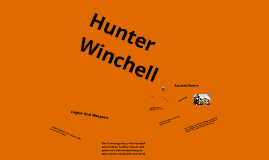 Transcript: Hunter Winchell Ancient Rome Circus Maximus The Circus Maximus is a place where the romans held chariet races Took Place in the 6th century BC Colosseum The Colosseum is an elliptical building measuring 189 meters long and 156 meters wide with a base area of 24,000 m² with a height of more than 48 meter Happened in AD 80 the year after Vespasian's death Legion And Weapons The Flamberge was a two-handed sword which had the impact and power of a two-handed weapon but could be wield with one hand Roman weapons were usualy made out of iron or steel 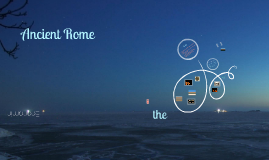 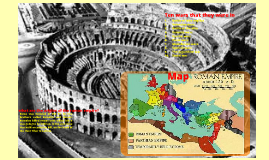 Transcript: Ten wars that they were in Map 1. Battle of lake reqillus 2. Veientine wars 3. Battle of the allia 4. Samnite wars 5. Pyrrhic wars 6. Punic wars 7. Macedonian wars 8. Spanish wars 9. The jugurthine war 10. Social war what are the origins of the roman empire? Rome was founded in 753 BC by two brothers called Romulus and Remus. Romulus killed remus over which hill it was going to be built on. in the end rome was built on palatine hill, on the bank of the river Tiber in Latium.