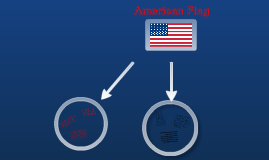 Transcript: Before that day the flag has served mostly as a milarty ensign or a converment making of American territory flown forts embassies and ships displayed on speacial occasions like the Fourth of July. The fifty stars stand for the fifty states and the thirteen stripes stand for the thirteen British colonies Suddenly the stars and stri[pes flew as it does today, and especialy as it did on September 11 from houses from storefronts from churches above village greens and the college quads Consist thirteen equal horizontal of red alturnating with white with a blue rectangle in the canton. Good heart argues this was the opening move of the civil war, and the flag was used throughout the north to symbolize american and nationalism The nicknames for the American flag are stars and stripes and Old Glory. The national anthyem is the Star-Spangled-Banner. American Flag 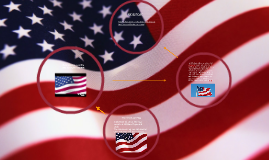 Transcript: In 1776 Betsy Ross made the first Amarican flag. Then, on June 14 1777,in order to establish an official flag for the new nation, the Continental Congress passed the first Flag Act: “Resolved, That the flag of the United States be made with thirteen stripes alternate red and white; that the union had thirteen stars white in a blue feild. http://www.usa-flag-site.org/history/ The American Flag Here is a video of the star spangled banner. The American flag has survived for over 200 year and 2 world wars. http://www.united-states-flag.com/flag-history.html source: September 11, 2001, the flag became a simble of hope and pride. 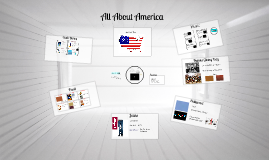 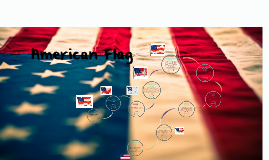 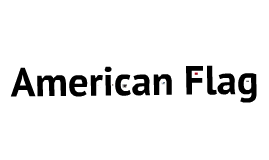 Transcript: What the stripes and colors of the flag represent... When a U.S. flag becomes worn,torn,faded or badly soiled. It's time to replace the flag with a new one. We do not call it "burning the flag", we call it "retiring the flag". Average citizens can not retire a flag, they must take the flag to a military facility, VFW post, or any Boy Scouts or Girl Scouts of America. Other ways to retire the American Flag You can also bury the flag six feet under the ground. You can also cut the stars and stripes using scissors and or a knife. Other interesting and important facts about the American flag. IF the American flag is presented upside down it means (help) or (in need of help). The United States flag code specifically states that the flag is not allowed to be flown draped over the front ends of trucks or any other vehicles. The flag code also says that if a flag is flown in a parade, it is to be placed in the front of the floats. http://www.spokesman.com/video/2009/nov/10/flag-retirement/ Flag Day June, 14 is set aside to honor the American flag,a symbol to Americans and the world of the values our country was founded on, of our freedoms, and that we will continue to stand strong as we fight against foreign and domestic enemies. Displaying the flag from a staff on a building. This is how most American’s display the flag from their homes. When you display the flag from a staff projecting horizontally or at an angle from a window sill, balcony, or front of building, the union of the flag should be placed at the peak of the staff unless the flag is at half staff. 4 U.S.C 7(h). Displaying the flag over the middle of the street. During patriotic holidays, many communities hang a flag over the middle of the street. If this is done, the flag should be suspended vertically with the union facing north on an east to west street or the east in a north and south street. 4 U.S.C 7(j). Displaying a flag without a staff. If you decide to display the flag without a staff, the flag should be displayed flat, whether indoors or out. When displayed either horizontally or vertically from the wall, the union should be uppermost and to the flag’s own right, that is, to the observer’s left. When displayed in a window it should be displayed in the same way. 4 U.S.C 7(i). The colors of the red and white stripes in the flag of the United States of America. white signifies purity and innocence. red signifies hardiness and valor blue signifies vigilance, perseverance and justice what does our flag stand for and symbolize Why do some people burn the American flag? American Flag How to properly display the American Flag 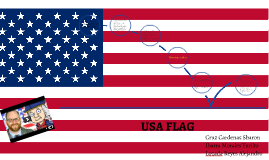 Transcript: Red The color red in the US seal and transferred to the American flag stands out for its courage and strength . White The white color on the American label and transferred to the American flag means purity USA FLAG The flag of the United States, also known as Stars and Stripes, Old Glory and the Star, representing the United States of America as a government, a nation and even as an ideology. The flag of the United States of America is one of the most recognizable symbols of the country. The flag consists of thirteen red and white horizontal bars and a blue rectangle in the upper left margin, which contains five white-tipped stars representing the states of the Union . Its popular name comes precisely from its design: stars and stripes, The Star-Spangled Banner ("The Star Spangled Banner"). Meaning of colors The first change came with the introduction of the states of Vermont and Kentucky in 1795. 23 years later, in 1818, the number of stars rose to 20 and grew star to star to join Alaska in 1959 and Hawaii in 1960, setting the current 50-star flag, the longest design history. Cruz Cardenas Sharon Ibarra Morales Yuriko Lozada Reyes Alejandro Blue The blue color is the US seal and transferred to the flag of the United States is the main color and represents perseverance , justice and Surveillance . Golden fringe The gold fringe Flag United States only knows the flags utilization in indoor and approves nor disapproves not use in most any act of Congress or Executive Order . It is generally using Military and ceremonial banners has no meaning and any specific Only To dress the flag. 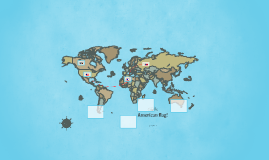 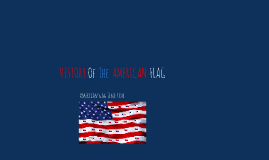 Transcript: Betsy Ross made the first flag in 1776, This flag was designed in 1777 as a 13 flag star in a 3-2-3-2-3 formation In June 1777, this flag was created with stars in a circular design, very similar to the Betsy Ross flag. This is the 15 star and 15 striped flag after Kentucky and Vermont were added as states. This flag was created in 1795 In 1818, a flag with 20 stars and 13 stripes were created after 5 more states were admitted to the United States. At this point, the flag will only change the number of stars added; the number of stripes (13) will stay the same for the rest of the future designs. Illinois was created as a state in 1818, so another star was added to the flag (21 stars). This is an 1820 flag design with 23 stars. This 1822 flag was created after Missouri became a state Arkansas then became a state on June 15, 1836. On Jan 26, 1837, Michigan became a state. Then Florida became a state on March 3, 1845 On December 29, 1845, Texas became a state adding another star to the flag. Iowa then was added to the United States, adding another flag in 1846. Wisconsin was then added to the US in 1848 In 1850, California was added as a state Minnesota was then added to the US Oregon was then added to the list of states, 34 star flag created after Kansas was admitted (1861) In 1863, West Virginia was added making a 35 star flag. A 36 flag star design was proposed because Nevada was added to the list of states in 1864 When Nebraska was admitted (1867), a 37 star design was made Colorado was admitted to the US in 1876, making a 38 star design. North Dakota, South Dakota, Montana, Idaho, and Washington became states, making a 43 star flag Wyoming was then added to the list of states on July 10th, 1890. This flag had 44 flags. In the early 1896, Utah was admitted as a state. In 1907, Oklahoma was added to the the United States, making a 46 star design. Within a month of each other, New Mexico and Arizona formed. A 48 star flag was designed Alaska was added to the list of states on January 3, 1959. And finally, Hawaii was added on August 21, 1959 making our current 50 star flag! FLAG HISTORY American Flag Time Line AMERICAN The Of In 1777, a 13 star flag was proposed. It had a 3 - 2- -3 - 2 - 3 formation of the stars. The first American Flag was sewn by Betsy Ross in May of 1776.