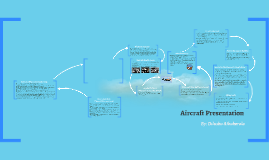 Transcript: In the earlier variants, the e series and below, most planes used wooden parts such as wooden propellers As allied fighters received better armaments, the variants from f to k were made to receive better armour. Around they year 1942, most bf 109f models were fitted with a light-alloy plate of armour around the pilot and fuel tanks. Materials Used In Design Flight 821 was a Boeing 737-505 It is recorded as being the deadliest accident involving the Boeing 737-500 Bibliography When and Where was it made? Cont. The me 109 or bf 109 was a german fighter aircraft used primarily during the second World War. In 1933 the RLM (Reich Aviation Ministry) were looking for a future single seat fighter. After having the development contract signed, the first design work on the me 109 began in the March of 1934. The first prototype 'V1' was to be powered by a single Rolls - Royce Kestrel engine and had its maiden flight towards the end on the May of 1935. The bf 109 V2 was fitted with a german Jumo 210A engine and was completed in the October of 1935. The V3 model was the first armed bf 109 and was equipped with two 7.92 mg 17 machine guns The V4 was a copy of the V3 model with an addition nose mounted machine gun Once it was guaranteed that the bf 109 design would enter production over its competitors the V5 and V6 were made These aircraft were fitted with improved Jumo 210B engines. Three designs received combat experience during the Spanish civil war. The crash site of Flight 821 was in Perm, Russia The incident occurred on the 14th of September 2008 At 5:10 (UTC + 06) upon approach to the Perm Airport, Flight 821 crashed, killing all 82 passengers and 6 crew aboard. By: Dilusha Athukorala Would have implemented an international control system which could have be trained in every country which uses commercial flights. Have warnings and reminders put in place so that pilots can see that actions like the autopilot is turned on or off. Check pilots alcohol and fatigue levels before they are allowed to fly Aeroflot Flight 821 What is the name of the aircraft? Societal and Environmental Implications The societal implications after the crash were that many people felt uneasy after the incident and for about a month air travel was decreased in Russia The accident caused less people to use Aeroflot flights and the company was even sued by the mother of one passanger for 7.7 million rubles During the time of the crash, the jet fuel and debris from the plane had destroyed most plant life around the crash site. Furthermore, the jet fuel from the plane had reached some waterways as well Prevent this issue in the future Training more crews to learn the types of aircraft they fly so that the issue between different aircraft models will be minimised. More checks on planes during service and better training for ground crews in these practices. What Went Wrong? What is its purpose? "Aeroflot Flight 821". Wikipedia. N.p., 2016. Web. 17 Aug. 2016. Ranter, Harro. "ASN Aircraft Accident Boeing 737-505 VP-BKO Perm Airport (PEE)". Aviation-safety.net. N.p., 2016. Web. 17 Aug. 2016. Sherman, Stephen. "Messerschmitt Bf 109 (Me 109) - History And Pictures Of German WW2 Fighter Plane". Acepilots.com. N.p., 2016. Web. 17 Aug. 2016. "Messerschmitt Bf 109". Wikipedia. N.p., 2016. Web. 17 Aug. 2016. "Evolution Of The BF109 • /R/Warthunder". reddit. N.p., 2016. Web. 17 Aug. 2016. http://asndata.aviation-safety.net/reports/2008/20080914-0_B735_VP-BKO.pdf Messerschmitt Bf 109 When and Where was it made? The cause of the accident was most likely due to the crews loss of spatial orientation. The autopilot was turned off. This was caused as the crew was not experienced and had not received enough training when it came to operating a plane of this size. They also had not trained to work with Western planes as the pilot was not familiar with the attitude indicator Another factor involving the crash was pilot error. After the crash, there was an unspecified amount of alcohol in the pilots body. The main variants of the bf 109 were produced from 1936 to the April of 1945 After the initial prototypes were made and tested, the RLM allowed work on the bf 109b In the March of 1938 the first of Bf 109C variant came out of production. The bf 109C - 1 out matched all planes during this time. The bf 109D variant was used mainly as a way to fill the gap between the C and E variants. The bf 109E-1 was delivered early into 1939. Unlike previous models the E-1 was fitted with three blades. By the September of 1939 the Luftwaffe had roughly 1000 bf 109s in service, 200 of these planes took part in the Polish campaign. The E-3 modification was a more powerful, better armoured and better armed version of the E-1. The E variant even saw service in the attack against France in the May of 1940 and the Battle of Britain. The bf 109F series were fitted with much more powerful engines and were mounted with 2 machine guns and a single 20mm cannon in the nose. By 1942, the age of 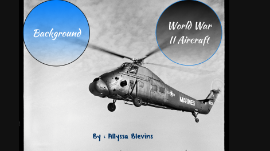 Transcript: By : Allyssa Blevins Background During World War II, much destruction had occured. Leaving history this event as a turn-table that can be heard and passed around worldwide to this day. Background - World War II was considered the 'Golden Age of the Aviation' - Effected many people globally, and killed many as well. - There were many new modernized aircraft types invented and used such as : fighters, jets, and bombers. Japanese Air Force World War II Aircraft World War II Aircraft B-29 Superfortress Most Important Aircraft : The Aviationist (Fighter Jet) 'Top Gun' Clip :) 'Top Gun' Clip :) (1:00 - 3:40) Kamikaze Sure they look happy to be 'soldiers' fighting in this time, but little do they know they will be blowing people away with their tasks..literally. Kamikaze - These brave college men are giving away their lives to their country. - Many say that they "seem insanely happy to be committing suicide" - They played an important role during the war by bombing the ships and other planes in combat. Why do they give their lives for a war this bad? - Pilots were university students motivated by obligation, and loyalty to family and their country. - Those who did not stay loyal to their word would not be accepted. How do you get accepted inTo the kamikazes? - They would prepare for this destiny by writing farewell letters and poems to loved ones and holding a ceremony — a drink of water that gave him a "spiritual lifting" before wedging themselves between 550-pound bombs. Purpose? Pearl Harbor (1941) A suprise attack on the U.S. Naval Base by the Japanese Navy Air Service. Pearl Harbor (1941) The United States carriers were not at the base when Japan wanted them to be so the Japanese planned a second attack. A total of 2,300 U.S. servicemen were killed and 1,143 were wounded. 70 civilians were killed. The U.S. declared war on Germany and Italy on December 11, after they declared war on the U.S. 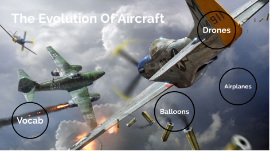 Transcript: The Evolution Of Aircraft Synchronization Mechanism: Gear that intterupts the firing of a gun so the propeller can safely rotate without being destroyed. Aileron: A hinged surface on the wings of an aircraft that controls the roll. Rudder: Vertical panel that is used for yaw. Yaw: Yaw is steering left or right. Roll: Roll is rotating the plane on its sides. Pitch: Pitch is simply pointing up or down. Vocab Vocab Balloons Balloons Balloons were first used in the French Revolutionary Wars in which they were used for observation of enemy advancements. They also played a similar role in the Civil War. Their biggest role in war was in the first world war where, the Germans used massive Zeppelins to carry out several bombing raids on Britain and despite the fact that they were an impressive force, they were very ineffective and were dropped from the military. Jean-François Pilâtre de Rozier and François Laurent d'Arlandes and the balloon was designed by the Montgolfier brothers. The Inventors The Inventors Image Image Airplanes were first used in a military role was in the first world war in which, they were used to take photographs of the enemy trenches and they were used to help guide friendly artillery. Occasional when planes passed they’d exchange potshots with pistols but, a Dutch man by the name of Anthony Fokker designed a machine that allowed a machine gun to fire through the propellers of the plane. The next major advancement in fighter technology was the first jet, which was created by the Germans. This new breed of plane has shown its potential and makes up most of our airforce today. Airplanes Airplanes First plane with a synchronization mechanism: the Fokker E.1 First plane with a synchronization mechanism: t... Anthony Fokker was the man who made real fighter planes possible. He created the first airplane to have a gun sync mechanism. Anthony Fokker Anthony Fokker From the famous and infamous General Atomics MQ-9 Reaper to the Northrop Grumman Global Hawk, drones are no doubtedbly the future of aviation and have already been used for things such as surveillance and the infamous drone strikes. Drones Drones Drones may seem like a modern technology but, they've been used before airplanes were even created dating back to the 1800s. With the earliest dated uses of them being known as the Austrian Balloons which were hot air balloons with bombs attached. First Military Drone First Military Drone Drones were first used in 2003 by the US military to perform various airstrikes on military targets in the middle east. First Usage of Military Drones First Usage of Military Drones