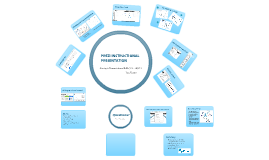 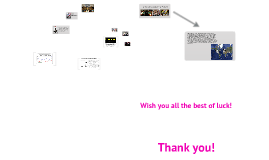 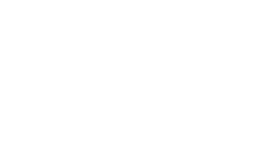 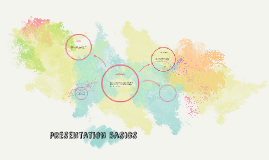 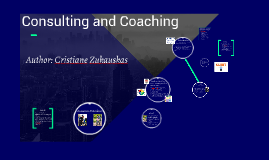 Transcript: Author: Cristiane Zukauskas References Coach Hire a coach when you want to discover yourself 1 - Assessement using DISC; 2 - S.W.O.T Analysis; 3 - Action Plan; 4 - Push you out of the comfort zone; 5 - Make changes effective; Instruction X Guidance Consultant Ride the bicycle for a while; Write you a "how to" manual; Provide training wheels; Overcome the challenges; Hire a consultant when you need an expert who can teach you a process or method Trends in Coaching: Trends in Consulting Consulting and Coaching Agenda Can I become a Consultant? Instruction X Guidance Difference between Consulting and Coaching; Trends in Coaching - Personal Brand; Trends in Consulting - IT Consulting; What Consulting and Coaching have in commom? References Get you on the bicycle; Walk alongside you; Guide you through the process; Make you confident; Ride on your own; There are over 200 types of conultanting; Anybody can become a Consultant; Different teams/clients; cultures; egocentric professionals; internal wars and long.... very long hours of work What Consulting and Coaching have in common? https://www.forbes.com/sites/forbescoachescouncil/2018/06/14/key-differences-between-coaching-and-consulting-and-how-to-decide-what-your-business-needs/#290432273d71 >> Linda.com @ linkedin learning: https://www.linkedin.com/learning/critical-roles-consultants-play-and-the-skills-you-need-to-fill-them/types-of-consultants https://www.linkedin.com/learning/critical-roles-consultants-play-and-the-skills-you-need-to-fill-them/what-does-it-take-to-be-a-consultant https://www.linkedin.com/in/taisolivieri/ for personal brand 1 - Direct strategic assistance ; re-structure the company; 2 - Obtain Fast Results; No specialist available; 3 - A company wants to double its revenue; 4 - It's just like when you want to gain muscles or loose weight; 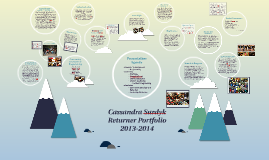 Transcript: Resident Programming Mug Brownies Thrifting and Coffee in Pilsen This program was developed upon interest in gaming on the floor. The residents that came thought it was a great program to go to for a while to take a break from studying and getting competitive with their peers! Starting from the first meeting to the first email I have been encouraging my residents to create their own programs! By outlining every step in the email and constantly pushing them to do it, many followed my advice. The first six weeks were really strong and built the community on our floor rock solid. Everyone had friends and was getting out and my amazing PM partner Kat was extremely supportive and was always there when I needed her. Kat and I as a team, in my opinion, was the recipe for the success for community development. Resident Programming Continued... What makes me unique when it comes to my strengths is that I am very well-rounded. Each of my strengths evenly distribute into the four main domains of leadership strength which include executing, influencing, relationship building, and strategic thinking. When looking at the rest of the staff's strengths in the spreadsheet, I realized that I was the only one who had this quality. Everyone else was very focused in one section of the four domains. That is when I knew that I had a lot to offer to the staff and could relate to everyone. I am very thankful for this quality because I really think it is what sets me apart from other staff members. Staff Role Continued: Smoothie Program With my interest in DIY and knitting and of course having the all women floor I had to make this program happen. Since many of my residents saw me knitting in the lounge and wanted me to teach them, I decided to make a program out of it! While a few residents actually did learn how to knit and some just stuck around to watch the classic movie Mean Girls, this program was successful and I was even asked to make it a bi-monthly event since some girls could not make it. ...and how it ties into Staff Role Strengths Quest Mug Brownies Smoothie Social Thrifting in Pilsen Game Night Mug Brownies Dimo's Pizza Run Knitting and Mean Girls Community Development: Programming Conclusion: Upon getting rehired for the 2014-2015 academic year at TBH/MRH, my community building plan would definitely evolve from what I did this year. First off, I would love to use the same work ethic as I did in the beginning of this semester because I know that the hard work at the start of the semester is what really brings the community together as a whole. So upon achieving an outstanding community this year, I will use the same tactics, but mold it appropriately to the upperclassmen and give them what they really need to succeed. I would do more program that pertain to a more focused mature audience, while still making a really fun program to be at. I would bring in academic advisors or the Undergraduate Success Center to really help my residents succeed while they are furthering in their path to success. While still putting focus on social programs, I want to mend my programs to still be creative but also provide an educational benefit. Again, while having upperclassmen, I would like to really be there for my residents and be accessible for any help they may need, whether it involves class, personal issues, or conflicts that they are experiencing on the floor. I would love to jump into this new level of my position and I really look forward to working with an older crowd that I definitely think I have the skills to relate to and be a valuable service. Cassandra Surdyk Returner Portfolio 2013-2014 During this SRH RA collaborated program, we made delicious smoothies and invited all of SRH to join! This program was an AMAZING kickoff to the new semester. The turnout of this program was superb, ranking in over 25 residents new and old! This program became very loud very fast between the blender and all of the social interactions that were happening! Strengths Quest (Continued) Staff Collaboration Community Development Reflection Presentation Agenda The residents of PSRH really enjoyed this program to Dimo’s Pizza! The purpose of this program was again to show the residents that were not familiar with Chicago some of the great places we have to offer! Dimo’s is in Wicker Park so residents got to also see what that cool area looks like and got to eat delicious crazy pizza slices!! I would like to highlight some of the resident programming that was most successful: Floor Thanksgiving This program was made by my resident Chrissey (also floor representative for Hall Council) for all of the residents who lived out of state or out of the country who could not celebrate Thanksgiving with their families. We spent most of the budget but it was so worth it! Cooking and spending time with the floor (even the ghost residents) was the highlight of my semester. Slender Resident Dorothy (also secretary in Hall Council) made this awesome program that