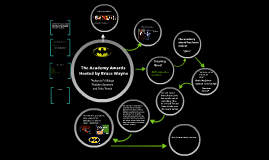 Transcript: tuxes nice suites fancy dresses long dresses short dresses no color coordination nessesary look your best *someone comes in from off stage* Then when he gets off side stage, you hear the batmobile rev, and the classic "duuuhnnaa". Joe will exit off stage. then a costumer will run from the opposite side stage carrying a batman costume to the side Joe just exited off of. Then the screen will come down and Joe will come from the side stage he just exited from and enter again, behind the screen in his batman costume, "running". Joe Batte And the Joker statue is missing! so inbetween the awards we will have our preformances and status updates on the academy award (provided by MMET) and its wereabouts. WHAT ARE WE GOING TO DRINK?? Lots of shiney things curtans lots of red and gold and silver ect Its a very fancy event so the atmosphere has to be very rich looking Along with the statues we could have some guys pose in tuxes some fake "expencive pottery" lights a red carpet WHAT ARE WE GOING TO EAT?? Decorations Breaking News! WHAT TO WEAR??? Then we all sit down... *dun dun dunnn* Joe will excuse himself and say he has to take care of something. Then he will ask Tim and Diane to take over the awards for him. american food italian food something relatively cheap dosent have to be anything specific really The academy award has been stolen! And the award show continues... *gasp* mocktails 7&7 rum and coke wine champaguine apple martini ect... So first...you walk in... MMET cuts in with a news report. The Academy Awards Hosted by Bruce Wayne Makenzie Wilkings Madison Summers and Bela Bomis ...and you see 4 statues.... 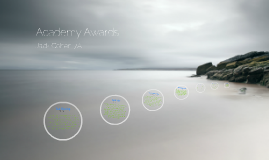 Transcript: Mobile The Staircase Dreams When a girl goes into an opshop looking for books on debating and comes out with a blue budgie that claims to be the reincarnation of Winston Churchill, you intantly love that blue budgie. The budgie 'Winston' helped the girl perfom her debate through a microphone however got taken by a cat while in the act. R.I.P Winston Unknown - 2013 This story was definitely not something you would call natural, with a flaming, spinning staircase, that if you saw you would soon die. This story kept me wondering what was happening the whole way through. From this we can tell that Larry is the kind of guy that doesn't like to go into much detail about things, for he actually does have things. Best Overall Story Academy Awards Most Interesting Character Going For Kebabs Best Dialogue Best Descriptive Writing When the taxidermied dog rolled down the hill, somehow knocked a boy off the road and the blew up under a bus, I knew that that was one of the funniest thing I had ever read. Best Opening Refuge The Siege This story was described so well that I felt like I was standing right there in the line waiting for kebabs myself. I could really picture 'Old Shaven Head' sitting on the stairs of the derelict picture palace and stuck up 'Leather Lady and her spoilt daughter arriving in their silver Citroen. Refuge had a good plot to it, a more serious one. The plot in Refuge shows things that we take for granted, a mother getting beaten by a new boyfriend, friends running away from home, and annoying parents, acctually I think weall know what that feels like. Best Plot Jack Cohen 7A Most Humorous Scene Winston "Watcha got?" said Tim "Nothing" Larry slid beside Tim "That'd be right, nothing" said Brim In the opening the story gave a brief outline of what happened in the story. It tells you the interesting parts of the story, the ones that you have questions about, however to find the answers to those questions you need to read on and that is exactly what this opening makes you want to do. 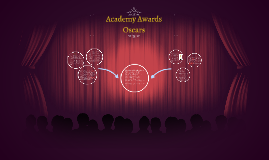 Transcript: The first Best Actor awarded was Emil Jannings, for his performances in The Last Command and The Way of All Flesh. At that time, the winners were recognized for all of their work done in a certain category during the qualifying period. he best known award is the Academy Award of Merit, more popularly known as the Oscar statuette.[8] Made of gold-plated britannium on a black metal base, it is 13.5 in (34.3 cm) tall, the award weighs 8.5 lb (3.856 kg). According to Rules 2 and 3 of the official Academy Awards Rules, a film must open in the previous calendar year, from midnight at the start of January 1 to midnight at the end of December 31, in Los Angeles County, California, and play for seven consecutive days, to qualify. Academy membership is divided into different branches, with each representing a different discipline in film production. Actors constitute the largest voting bloc, numbering 1,311 members (22 percent) of the Academy's composition. Votes have been certified by the auditing firm PricewaterhouseCoopers (and its predecessor Price Waterhouse) for the past 83 annual awards ceremonies Oscars are officially called Academy Awards and they are the most important award to the cinema world, delivered every year by the academy of arts and cinematographic science. The first delivery of awards happened in 16 of may, 1929, in Hotel Roosevelt in Hollywood, to honor the best cinematographic people of 1927 and 1928. The ceremony was presented by the actor Douglas. The first ceremony on television was in 1953 only in USA and Canada. In 1966, the first color exhibition took place. Since 1969, the ceremony is displayed internationally. In 1970, Brazil and Mexico were the first countries, beside USA and Canada, to televise the event live, via satellite. The awards are currently being broadcast live to more than 200 countries, becoming one of the biggest television events in the world. The origin of the name Oscar is disputed. One biography of Bette Davis, who was a president of the Academy, claims that she named the Oscar after her first husband, band leader Harmon Oscar Nelson.[18] Another claimed origin is that the Academy's Executive Secretary, Margaret Herrick, first saw the award in 1931 and made reference to the statuette's reminding her of her "Uncle Oscar" Academy Awards Oscars Best Makeup and Hairstyling: since 1981 Best Original Score: since 1934 Best Original Song: since 1934 Best Production Design: since 1928 Best Sound Editing: since 1963 Best Sound Mixing: since 1930 Best Visual Effects: since 1939 Best Writing (Adapted Screenplay): since 1928 Best Writing (Original Screenplay): since 1940 History Awards of Merit categories Current categories: Best Picture: since 1928. Best Director: since 1928 Best Actor in a Leading Role: since 1928 Best Actor in a Supporting Role: since 1936 Best Actress in a Leading Role: since 1928 Best Actress in a Supporting Role: since 1936 Best Animated Feature: since 2001 Best Animated Short Film: since 1931 Best Cinematography: since 1928 Best Costume Design: since 1948 Best Documentary Feature: since 1943 Best Documentary Short Subject: since 1941 Best Film Editing: since 1934 Best Foreign Language Film: since 1947 Best Live Action Short Film: since 1931 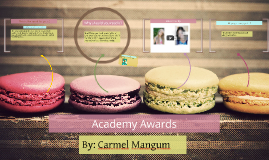 Transcript: This is the book for you :) Here's a clip Don't Forget! Hope you enjoyed it! The Lions of Little Rock Why should you read it? It will keep you reading at night and whenever you can. It reminds you of all the things that happened in history and why we're all in school today. Academy Awards By: Carmel Mangum This book is a book that you will always remember. These are characters that will never leave your mind once you read this book. The Lions of Little Rock by:Kristin Levine, is a great book. It teaches you all about our past. Weather you like adventurous character, one that is a trouble maker, or a character who has fun, this has it all. 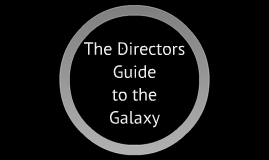 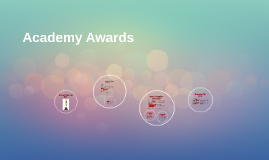 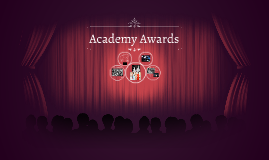 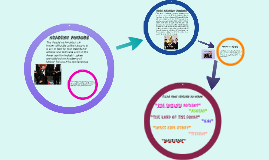 Transcript: "THE LORD OF THE RINGS" films that received an Oscar The Academy Awards, now known officially as the Oscars, is a set of twenty-four awards for artistic and technical merit in the American film industry, given annually by the Academy of Motion Picture Arts and Sciences Statuette oscars The prize is a statuette depicting the Knight based on two-hand sword, standing on a roll of film with five spokes, each symbolizing one of the occupational groups represented in the Academy: actors, writers, directors, producers and technicians. Academy awards "tHE eNGLISH PATIENT" "WEST SIDE STORY" The first Academy Awards presentation was held on May 16, 1929, at a private dinner function at the Hollywood Roosevelt Hotel with an audience of about 270 people. The post-awards party was held at the Mayfair Hotel. The cost of guest tickets for that night's ceremony was $5 ($70 in 2016 dollars). Fifteen statuettes were awarded, honoring artists, directors and other participants in the film-making industry of the time, for their works during the 1927–28 period. The ceremony ran for 15 minutes. first academy awards statuette oscars "AVATAR" The various category winners are awarded a copy of a golden statuette, officially called the "Academy Award of Merit", which has become commonly known by its nickname "Oscar". "GIGI" "BRAVEHEART" "TITANIC"