HomeTemplatesEducationA Template Of A Clear And Simple Scientific Presentation

A Template Of A Clear And Simple Scientific Presentation

Transcript: The Canaan of the New World African American Emigration to Haiti, 1860-1862 ? What distinguished Haiti from other African American emigration projects in the mid-nineteenth century? - distinct from African colonization - Haiti held great symbolic value - the Haitian government provided incentives - emigrating to Haiti meant participating in a Black nationalist nation-building project - emigration to Haiti was not a repudiation of their American identity African American Emigration African American Emigrationism American Colonization Society African Colonization The plan of removing free Black people to West Africa resonated with many white Americans in the nineteenth century. The most important vehicle was the American Colonization Society (ACS), which established the colony of Liberia shortly after its founding in 1816. The ACS membership certificate illustrates the organization's goal of presenting itself as a benevolent society. Even though individual African Americans had supported the ACS from the beginning and several thousand indeed resettled to West Africa, most Black leaders accused the organization of promoting racial hatred. After its activity and support had died down considerably in the 1840s, colonizationist ideas once again gained vast popularity in the tense political and social climate of the 1850s. This context is significant to understanding the arguments made by the supporters of the Haitian emigration movement. They stressed that they were in no way affiliated with the ACS and that emigration and African colonization were fundamentally different. 1 Madison, James, and American Colonization Society. American Colonization Society to James Madison. Membership Certificate. 1816. Library of Congress. National Emigration Convention (1854) National Emigration Convention The Cleveland Convention was part of the Colored Conventions Movement, which comprised a number of national and state-wide meetings organized by African American leaders and activists. Instead of presenting a more open forum for debate, the delegates who came together in Cleveland all supported emigration. While the focus was on Canada, the minutes provide insights into general pro-emigration arguments (which are clearly responding to the more dominant anti-emigration sentiment among other African American spokespersons). Emigration is presented as a positive act of self-determination and self-respect and the only path to freedom. Several of the organizers became affiliated with the Haitain emigration movement a few years later. 2 Proceedings of the National Emigration Convention of Colored People. Pittsburgh: By A. A. Anderson, Print, 1854 Frederick Douglass Opposition Identifying the United States as the only true homeland of African Americans, Frederick Douglass was among the most outspoken critics of African American emigration, and especially colonization. This article published in Douglass’ Monthly in 1861 represents a brief moment in his career, in which he seemed to have been more open to the idea of emigration, and in which he weighed in on the specific benefits of Haiti as a destination. This is an important source because it shows how pervasive the idea of emigration was in the early 1860s, even among African Americans who has previously staunchly rejected it. It also demonstrates the particular appeal of Haiti over other destinations, since Douglass continued to reject places such as Liberia, Haiti seemed to be a different story. 3 “Emigration to Hayti.” Douglass’ Monthly III, no. VIII (January 1861): 386-7. "Frederick Douglass," 1856. National Portrait Gallery, Smithsonian Institution. The Haytian Emigration Bureau The Haytian Emigration Bureau The Haytian Emigration Bureau, based in Boston, was founded to promote the emigration of African Americans to Haiti. While the promise of economic advancement was part of the Bureau's recruitment strategy, this poem, disseminated through the Bureau's weekly newspaper, illustrates a different argument used to promote Haiti. In direct contrast to the United States, Haiti would be a welcoming home(land). African American readers of the paper may have a roof over their head in the US, but they were part of a generally hostile society. Just because the United States was the country of their birth did not make it a loving home. 4 The Pine and Palm 1, no. 14 (August 17, 1861). James Redpath (1833-1891) James Redpath This source represents 27 handwritten reports by James Redpath related to his work as General Agent of the Haytian Emigration Bureau in Boston, as well as a number of letters. Since the Bureau was funded by the Haitian government, Redpath wrote detailed weekly reports on his recruitment activities to Victorin Plésance, Haiti’s Secretary of State. This source reveals some of the strategies Redpath used to promote emgiration. One major part of the effort was enlisting African American leaders as agents of the Bureau. Other entries also suggest that Redpath actively tried to 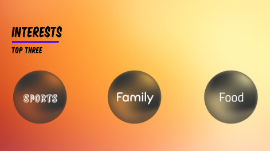 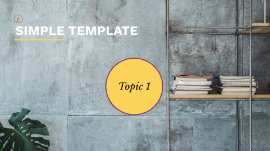 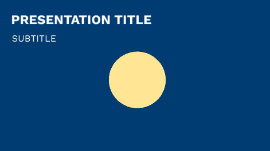 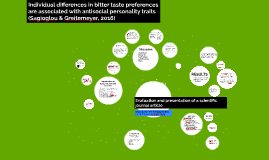 Evaluation and presentation of a scientific

Transcript: Individual differences in bitter taste preferences are associated with antisocial personality traits (Sagioglou & Greitemeyer, 2016) Group name: The everyday sadists Glenn, Thomas, Øystein & Vilde Correlational study Online Survey Cross-section design Bivariate correlations Multiple regression Aim: Testing the notion that liking of bitter tastes is associated with an increased presence of antisocial personality traits. The dark Triad is a personality construct that comprises Machiavellianism, psychoticism and narcissism (Paulhus & Williams, 2002). Sadism and hostility also constitutes noxious personality traits. Based on the reasoning that experiencing bitter tastes early contributes to the preferences for bitter substances the increased preferences for bitter taste should be related to a more hostile personality...? Sweet taste has been found associated to prosocial traits (Meier, Moeller, Riemer-Peltz, & Robinson, 2012). Supertasting versus Nontasters Openness to experiences --> fruit and vegetables consumption (Keller & Siegrist, 2015), neuroticism --> unhealthy food consumption was linked as well as overeating behavior. In rats it was found that low saccharin intake gave lower social status as well as increased impulsivity and stress vulnerability (Carrlo, Morgan, Anker, Perry, & Dess, 2008). Sensation seekers --> spicy food (Byrnes & Hayes, 2013), and caffeine (Mattes, 1994) Overall, some connection between taste preferences and personality has been established, yet the evidence is still scarce. Limitations Strengths Implications Contributions Ethics Discussion General bitter tastes were correlated with sour preferences, which were significantly positively correlated with trait aggression and everyday sadism. Sweet food preferences positively correlated with agreeableness. Bitter food preferences also predictor of extraversion. Limitations of the study Introduction to study, background and aims Study 1: The relation between bitter taste preferences and antisocial psychological propensities. Adequate payment of the participants Have to consider the possible impact of what the findings suggest. Possible debriefing around the findings - that people who like bitter food are sadists, narcissists and have high scores of psychopathy. The authors declare no potential conflict of interest regarding the authorship, research, or publications. The authors received no financial support for the research The results of both studies confirmed the hypothesis that bitter taste preferences are positively associated with personality traits, with the most robust relation to everyday sadism and psychopathy. Both studies rely on self-reports Relationship between two variables Regression analyses confirmed that this association holds when controlling for sweet, sour, and salty taste preferences and that bitter taste preferences are the overall strongest predictor compared to the other taste preferences. Gives iu insights into the relationship between personality and the behaviors of eating and drinking by demonstrating a strong relation between increased enjoyment of bitter foods and heightened sadistic tendensies 1. Scale from 1 - 6, their preference for various food items representing either sweet (i.e candy), sour (i.e lemons), salty (i.e potato chips) or bitter (i.e coffee). In total 40 items, 10 of each category 2. 6-point scales how much they generally liked sweet, sour, salty, and bitter foods and drinks 3. Buss-Perry aggression questionnaire, 12-item Dark Triad measure, ten-item personality inventory, Big Five and Comprehensive Assessment of Sadistic Tendencies. Two studies were conducted, with a relatively large amount of participants. MTurk:participants, representative compared to undergraduate students, more diverse age and background. Study 2 is more specific than study 1, and measures the participants preferences for several sample food items Consistency checks to evaluate the quality of the data Most of the results from the second study are in line with the first. Study 2 has separated bitter foods and bitter drinks in the questionnaire, increasing reliability ✳✱* RESULTS How suitable is the applied research design to answer the research question? Evaluation and presentation of a scientific journal article Contributions METHODS Study 2: Test inconsistency between the taste preference in the bitter items, (i.e sweet vs bitter tea) Measured only sweet and bitter items. Reduced number to 20, 10 of each Basic or replied research? Reveal people with antisocial features The link between personality traits and preferred foods can be used in marketing, and potentially other social arenas. Bitter tastes- Coffee, beer, radishes, tonic water, and celery. Why we choose this article? Introduction to the study Methods Results Discussion Class activity How different IVs affect a DV IVs: Bitter, sweet, sour, salty DVs: Machiavellianism, Psychopathy, Narcissism, Everyday sadism Rationale Taste preferences are treated as 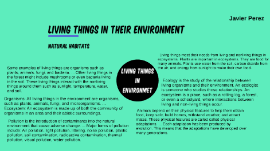 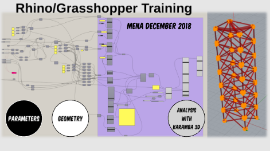 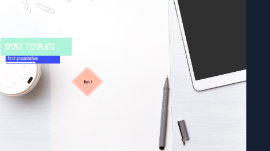