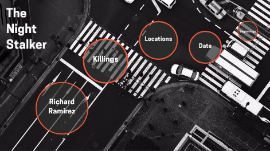 Transcript: The Night Stalker By, Alejandra Lopez Beginnings Richard Ramirez Richard Ramirez Known as the night stalker often smiled for the cameras at his trial and when he was convicted, he was heard to say, “No big deal. Death always comes with the territory. I’ll see you in Disneyland.”Richard Ramirez, known as the “Night Stalker” was an American serial killer. Ramirez spent over two years of his life raping and torturing over 25 victims and killing more than a dozen people. Killings Killings known as the Night Stalker killed 14 people within a short span between 1984 and 1985. He used a variety of weapons to kill his victims that ranged from guns to knives to tire irons and hammers. Ramirez wasn’t picky about age or gender either. His victims ranged from age 9 to 79, and he killed both men and women. During his spree, he nearly paralyzed Los Angeles with fear. one of the crime scenes Locations Victims of Richard When did the killing spree happen? Date On June 28, 1984, Ramirez’s committed his first murder. The 79-year-old victim was sexually assaulted, stabbed and murdered in her own home. In just one year Ramirez had murdered over a dozen people and tortured of 25 people. After many delays, in 1989, Richard Ramirez, age 29, was sentenced to the conviction of 13 murders, five attempted murders, 11 sexual assaults and 14 burglaries. ? Growing up Richard was a troubled kid. A lot of this was due to his older cousin, Mike, who had just returned from fighting in Vietnam. Ramirez’s cousin would tell him gruesome stories and show pictures of the torture he would inflict upon Vietnamese women. Mike introduced drugs to Ramirez, which consequently resulted in Ramirez committing petty crimes. He also became a Satan worshiper. Because of this rebellion, Ramirez became alienated from his parents. https://youtu.be/NR1ZYgAwV60 movies based on the night stalker The night stalker Manhunt: Search for the night stalker Night Stalker 2016 1989 2002 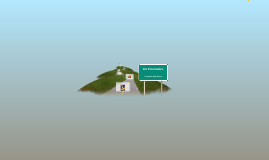 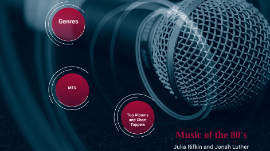 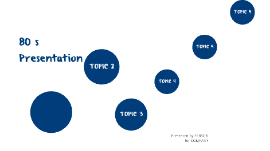 Transcript: Presented by PERSON for COMPANY 80 s Presentation Sports/Fun -In the 80s people used rub-ix cubes for there free time . -People would read comic books like spider man - They would skateboard for fun -People would go to bars after work with there friends and have a good time On April 12 1980 Terry fox ran 40 km a day to raise money for cancer. He ran a total of 5300 km. He raised 23 million dollars and 10 months after he died people raised 650 million dollars in his honor. Entertainment VCR were released in the 1980s so people can watch videos. video games were running in arcades only such as Atari. Games people play were space invaders which was popping and PAC-man Pictures PICTURES SUBTOPIC 2 SUBTOPIC 2 Timeline TIMELINE 2017 Map MAP Chart Label 1 Label 2 Label 3 Label 4 CHART Technology TOPIC 2 -People used VCR's for music and to watch videos. -Atari was a console that People played in the 80s. ex. PAC-man -Portable Cell phones came out which was big because people could only use phones that were wired or attached to walls. -camcorders came out so people can record stuff Fashion TOPIC 3 The 80s was when the world was changing fast so people changed and so did fashion. Usually people wore stuff with big labels to show off. A lot of people had long hair with volume as well. TOPIC 4 Canadian regrowth was slow , Cities were smaller and there was mostly american stores. It was a very peaceful time as the world evolved. Everyone got free healthcare and medical services were equal. refugee laws changed. Daily life TOPIC 4 After prime Minister Trudeau retired , Brian Mulroney of the progressive conservatives was elected 1983. He cut the government savings to help with federal debt. Politics in the 80s TOPIC 4