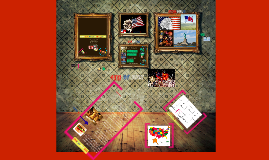 Transcript: America's Independence Day My family eats Barbecued Joey Ribs and homemade burgers with Lemonade or soda as the main food on this holiday Conclusion Here is a picture of my aunt lighting up a firework last year. In this picture people are watching a traditional parade. People either go to places to watch fireworks or light their own fireworks. And many, many more! Special foods related to the 4th of July We go to park or beach to have picnics . Another food we usually have on this holiday is chips. American Flags Firecrackers Eagle crafts Patriotic greeting cards The history of the 4th of July dates back to July 4th 1776 when the Declaration of Independence was signed by 56 people,called our founding fathers. From then on we celebrate the 4th of July as the day that we are free as American citizens together as a country and to honor our Founding Fathers. The Declaration of independence was written by Thomas Jefferson and it's also written to free the Americans from Great Britain's control over them. Americans worldwide celebrate the 4th of July with fireworks, parades,carnivals,family picnics,and listening to political speeches. A special tradition that most Americans do on this holiday is watch fireworks, or light their own fireworks at home or at other places. This holiday is important because it celebrates America's birthday and symbolizes freedom for the Unites States of America! The 4th of July Some people even decorate themselves by wearing red, white ,and blue in parades. Watching Fireworks Decorating the House and Dressing Up America's Independence Day Watching Fireworks All the states that celebrate the 4th of july In conclusion America has celebrated 237 birthdays since 1776 and will still continue to celebrate it's birthday each year. The spirit behind July 4th is the freedom that it gives of which we celebrate. July 4th is a special holiday that Americans, both adult and children look forward to. They enjoy the parades,the fireworks,the family reunions, and the fun of the event. God bless America, The Land of The Free! Symbols Here are 2 pictures of a live parade in Brevard, FL. 2013. Here is the date of the 4th of July this year. Salad is also another food we eat on this day Arts and Crafts to Make Facts about The 4th of July (hISTORY) People gather every 4th of July evening in America and watch Fireworks, while Americans worldwide watch on electronic devices. Activities Watching Parades The Path of Hercules Hide and Seek Cooking Academy Say the names of the 50 USA states and their famous patriotic quotes. a POEM It's time for the "Barbecue" And the "Fireworks" galore! And the "Beer" and the "Friends" And the "Burgers" for sure! But most important And I really must say Is that "America" got Its "Independence" today! Yes in "1776" The famous politician Senator "John Hancock" Had signed the petition That stated that our country Was "free" from all others! And that we would "only be governed" By our "American brothers"! So while we are celebrating This "great day of fun" Let us always remember What our forefathers had done. By : Billy Nardozzi 4th Of July Games for the 4th of July People decorate their houses with flags and red, white, and blue to show the colors of the American Flag. Here are some pictures of people celebrating the holiday. This is a picture of fireworks in NewYork City or N.Y.C. 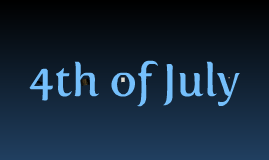 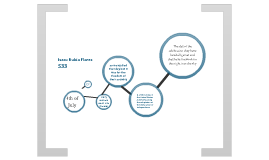 Transcript: Is a federal day in the United States commemorating the adoptation of the declaration of Independence so many died that day but it was for the freedom of their country The day of the celebration they have baseball games and they have fireworks in the night into the sky Isaac Rubio Flores S33 4th of July the day that united states was free many soldiers went into the war 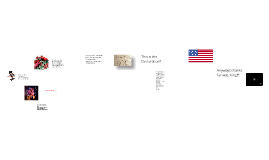 Transcript: The Fourth of July is a day were Fireworks are set off at the night to celebrate Independence. People sometimes do barbacues near sun set to look at the awesome fireworks! Though in some states Fireworks that go into the air can be illigal. For example OREGON is a state thats illigal for those types of fireworks. Anyways heres to my point. This is the day when most of the presidents signed the Decloration of Independence. This is the Decloration! The Decloration of Independence was like a contract for the presidents so that when they signed it they promise that the U.S. would be free to immigrants that want to move here and have a good new life. Anyways thanks for watching!!! The Fourth Of July!! 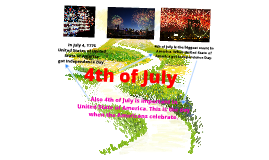 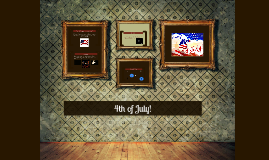 Transcript: 4th of July! The Meaning The meaning of the Fourth of July: July 4th, 1776 is the day when the U.S. adopted the Declaration of Independence. It is when our country became free. What Would Happen if We Weren't Free? If we weren't free, it would be just like the olden days, but easier to stay alive. It would be hard to do most anything. GLAD WE'RE FREE! Celebration People celebrate in different ways. Some people have cookouts, watch fireworks, and play with sparklers. Some don't celebrate at all. Fourth of July Pictures 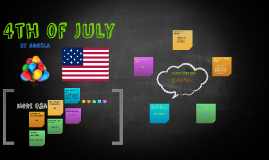 Transcript: some people in America wears costumes that are printed in the national flag and the national flag colors but other people just wear their casual clothes Freedom & Democracy For 238 years since 1776 of the 4th of July CLASS qUESTION WHAT'S THE fIRST THING YOU THINK OF WHEN i SAY THE 4TH oF jULY? No. on the 4th of July No More Q&a people will either just stay home for their day off or they will just go to exciting events with friends and family or host a party of their own 4th of July America (United States) Once Christian & non religious On the 4th of July,1776, America claimed their Independence from the British which was also when their democracy was first used in America. By angela how long has it been celebrated? what time of the year? what does the celebration represent? When & Why it started? Does the 4th of July have a religious basis? Are there any special rules? what happens in it? Any special clothing worn? Which Country? How many times a year? Is the 4th of July worldwide? 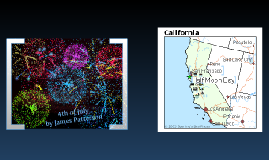 Transcript: 4th of July by James Patterson Case #1 Lieutenant Lindsey Boxer's first homicide case Young man found with throat slashed and back whipped Man never identified, John Doe #24 Tenderloin Discrict Young boy found electrocuted in bath tub "Nobody Cares" graffitied on wall Prints of Sara and Sam Cabot were found on rib of tub Dr. Ben and Lorelei O'Malley Lorelei was found gutted in closet Ben was slashed and whipped, body thrown into woods Surviving family member: 15 year old daughter, Caitlinn Jake and Alice Daltry Both slashed and whipped in their American dream style home Mother of Jake cleaned up crime scene Surviving family members: young twin boys Ray and Molly Whittaker Lived in LA, spent summers in Half Moon Bay Were found slashed and whipped in summer home Joseph and Annemarie Sarducci Were found dead by their son, Anthony Whipped in slashed in their bedroom while he was asleep Ed and Melissa Farley Lieutenant Boxer caught Carolee Brown and Bob Hinton in action Ed's throat was slashed, Melissa was unharmed Final Outcome School teacher, mother, and friend of Boxer: Carolee Brown was guilty of the murders Mechanic and friend of Boxer: Keith was guilty of the murders Lawyer and Carolee's son: Bob Hinton was also guilty of the murders Why? The trio claimed that they were protectors They believed the ones they murdered were abusing their children in various ways, and therefore must die Carolee Brown confessed to the murder of Lieutenant Boxer's unidentified John Doe #24 ten years ago His name was Brian Miller She claimed that he frequently raped Bob and Keith when they were young, and out of anger, took his life Dr. Ben O'Malley's body bag