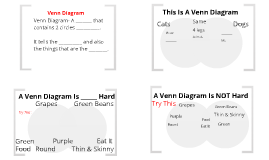 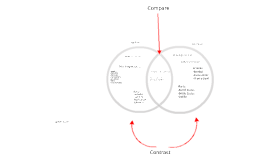 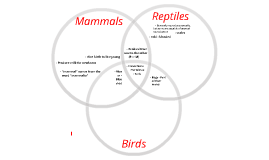 Transcript: Birds Produce milk for newborns Claws/Nails Give birth to live young Evolved from one to the other (R -> M) Bugs - Part of their menu cold - blooded scales Vertebrae Warm - Blood-ed Mammals Tails Reptiles Generally reproduce sexually, but some are capable of asexual reproduction "mammal" comes from the word "mammalia" 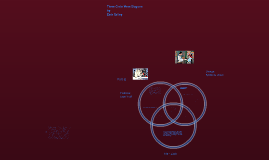 Transcript: Three Circle Venn Diagram by Zach Bailey Part a) Tradition: Lazar Wolf Lazar Wolf is the butcher of Anatevka, he is a very wealthy man. Lazar has an eye for Tevye's eldest daughter, Tzeitel. Although he is about 40 years older than Tzeitel, he askes Tevye for her hand in marriage. Lazar is not interested in true love. The arranged marriage tradition he believes in is rarely because of love. He says it best himself on page 44 when Tevye says, "Why is it so important to you?" and Lazar responds, "Frankly, because I am lonesome." Lazar Wolf also shows tradition because He believes that a deal is a deal. Lazar believes that a father giving away his daughters hand in marriage is something that you cannot break. He confronts Tevye about this at the wedding on page 93, "Why should I listen to you? A man who breaks an agreement!" Change: Fyedka & Chava Chava is the last of Tevye's daughters to be married in the play. She falls in love with a young Russian named Fyedka. They show the most change because, Chava married outside the faith and Fyedka is a Russian and a gentile. Fyedka and Chava show change because... It was not traditional in those times for Jews and gentiles to have any sort of relationships. It was completely unheard of for them to marry. But Chava married outside the faith, which was said to bring bad luck to family, and she also went against what her father said, for example on page 131, "Chava, I would be much happier if you remained friends from a distance. You must not forget who you are and who that man is." Also... They are married by the priest, which destroyed the Jewish tradition. Golde discovers this, on page 134, "I even went to the priest. He told me - they were married." Me - Zach I am in favor of change in this play. While traditions are important and they can help maintain a balance, some of them are unfair and discriminatory. Change is important in the world, nothing can evolve for the better without change. Fyedka, Chava and I have a lot in common when it comes to change. I believe you should be able to marry the person you love, no matter what race, religion or ethnic background. Everyone should be treated with respect. Arranged marriage does not respect the couple, or their God-given right to love. I'm sure that Lazar and I would disagree on many things, but we would agree on the fact that an agreement is an agreement. You should not break a deal, when you gave your word to the other person. You have to respect the deal and the other people involved. The connection between Lazar, Fyedka, Chava and I is respect. Lazar shows respect at the wedding, when he says he harbor no ill feelings for Tzeitel and Hodel's marriage. He even gives them a gift. Fyedka and Chava want respect from Tevye and the rest of the traditional people. They show respect by visiting the family on the day that they leave. I try my best to respect everyone's opinions and ideas, while expecting respect in return. Both tradition and change demand respect. b) I identify most with Fyedka and Chava because of their views and their drive for change. One of the reasons I can identify with the couple is because they are very bold and do what their heart tells them, not what their tradition or the people around them say. It is important to me to have change in my life and not keep everything the same for an extended amount of time. I enjoy looking for new things that I haven't tried before. Chava and Fyedka are ground breakers and marrying outside the religion is and entirely new concept that they have opened up for more young people. They also choose to leave Anatevka because they can not stand to see what is happening, even though they could have stayed because Fyedka is Russian. Their is no room for discrimination in my life, and it obviously doesn't have a spot in their lives either. This is why I can identify with Chava and Fyedka. 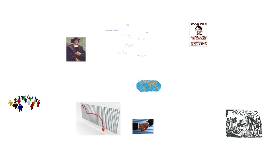 Transcript: Christopher Columbus Good? Bad? Proved the Earth was a sphere and was not flat but... Started to exploit the Indians. Brought cultural diversity to the new land but... Brought many diseases to the new land. He got a lot of people in Europe gold but.. Started slavery. Created a new business trade to the new world but also.. Disrupted the Americans Ecosystem. Built first European military base on the western hemisphere but.. The amount of Indians decreased by ninety percent. 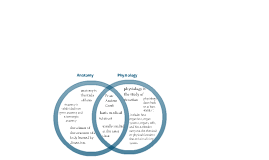 Transcript: Physiology the science of the structure of a body learned by dissection. basic medical sciences includes how organisms, organ systems, organs, cells, and bio-molecules carry out the chemical or physical functions that exist in a living system From Ancient Greek anatomy is the study of form Anatomy physiology is the study of function usually studied at the same time Anatomy is subdivided into gross anatomy and microscopic anatomy physiology dates back to at least 420 B.C 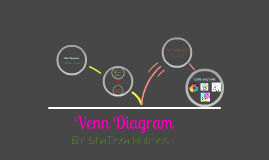 Transcript: VENN DIAGRAMS The Venn Diagram was introduced in 1880 by John Venn. Venn Diagram BY: ShaTiera Holmes The term "Venn Diagram was first used by Clarence Irving Lewis in 1918. Venn Diagrams: It is used to compare and contrast to show similarities and differences. are diagrams that show all possible logical relations between a finite collection of sets. It was in a paper called Philosophical Magazine and Journal of Science. History How/Why it is used? 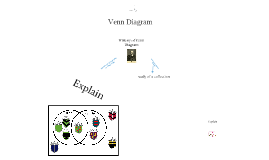