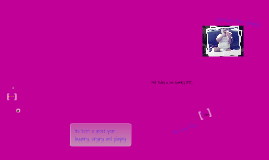 Transcript: You got to this world so small Its been a great year laughing, singing and playing And Today u are turning ONE... We Luv You spending Time playing adorable Haley BABY Happy Birthday H@1ey but just so THE FIRST DAYS IN THIS WORLD 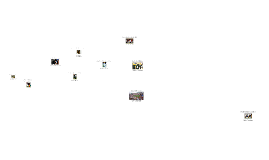 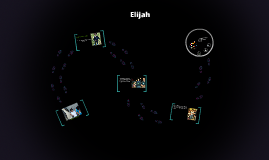 Transcript: I am extremely proud of the boy you are growing up to be Elijah Where has the time gone??? you have grown up so fast You were always successful in whatever you put your mind to. Remember that as long as you are doing the right thing we are all proud of you. I just wanted to wish you an Amazingly happy birthday! You are always smiling and you lift everyone's spirit up You are growing up to be an amazing gentleman. You always treat everyone well. you are such a sweetheart. Elijah I still remember when you gave your life to Christ, that was one of my proudest big sister moments You are a miracle child. I prayed a whole year for you and it was worth it. your name means my God is Yahweh. You are a gift . you are growing up too be powerful in the both spiritual and physical meaning. I bless you little brother. I love you, Happy Birthday I have seen you grow up throughout these nine years and you make me extremely proud to be able to call you my brother 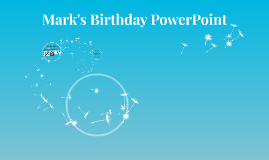 Transcript: My name is Mark Cong, my birthday is on May 25, 2005. On May 25, 2005 the longest oil pipeline in the world opened. The longest pipeline in the world was one thousand miles long and began in Azerbaijan, traveling through Georgia and ending at a Mediterranea sea port in turkey. Ｔｈｅ ｐｉｐｌｉｎｅ ｔｏｏｋ ｏｖｅｒ ｔｅｎ ｙｅａｒｓ ｔｏ ｂｕｉｌｄ ａｎｄ ｃｏｓｔ ｏｖｅｒ ｔｈｒｅｅ ｂｉｌｌｉｏｎ ｄｏｌｌａｒｓ。 Baby Me and Days Old I Am Ｔｈｅ ｔｏｐ ｂｏｏｋｓ ｏｎ Ｍａｙ ２５， ２００５ ｗａｓ Ｈａｒｒｙ Ｐｏｔｔｅｒ ａｎｄ Ａ Ｍｉｌｌｉｏｎ Ｌｉｔｔｌｅ Ｐｉｅｃｅｓ， ｔｈｅ ｔｏｐ ｔｏｙｓ ｗｅｒｅ Ｌｅｇｏ Ｗｉｌｄ Ｈｕｎｔｅｒｓ ａｎｄ Ｒｏｂｏ Ｒａｐｔｏｒ Month Birthstone Interesting Events, Longest Oil Pipe Opens On May 25, 2005 students share opinions about the levels of education needed for specific jobs. They then participate in a fishbowl discussion about access to education for students at different income levels and interview an adult article... Interesting Events College or Bust Month Flower I am three thousand seven hundred forty five days old Ｔｏｐ Bｏｏｋｓ ａｎｄ Ｔｏｙｓ My birthstone is on May so the birthstone is a green emerald. Mark's Birthday PowerPoint My birth flower is on May so it is a white lily flower. 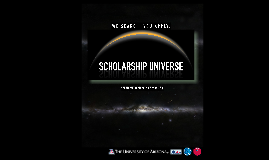 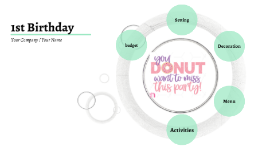 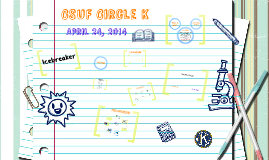 Transcript: Cheers! Next time you post a picture of a Circle K event on instagram, hashtag 2013-2014 Club Shirt ($15) Saturday, April 26th, 9am-4pm 3102 W. Polk Ave., Anaheim CA Bi-Weekly Recap Video CKI Apparel train station bbq BIG BANG Grad Images Fellowship Tonight's Social: Placentia Kiwanis Paint your heart out Open Forum 2008 - 2009: Danny Ha - Magic Kingdom LTG 2010 - 2011: Danny Ha - District Governor 2011 - 2012: Ally Bogan - District Service Chair 2011 - 2012: Danny Ha - On to ICON Chair 2012 - 2013: Ashley Valdez - District Awards Chair 2012 - 2013: Truong Pham - District Technology Chair 2013 - 2014: Ann Pham - District Secretary 2014 - 2015: Cari Tam - Magic Kingdom LTG I pledge to uphold the Objects of Circle K International, to foster compassion and goodwill towards others through service and leadership, to develop my abilities and the abilities of all people, and to dedicate myself to the realization of mankind’s potential. McDonalds vs. Public Libraries - Stiven Castillo Sunday, April 27th, 5AM-12pM at 500 Newport Center Drive, Newport, CA (Fashion Island) You Might be Big You Might be Loud But Where We're From We're Mighty Proud We are Titans Hear us Shout As we Cheer and Whip it Out! [Leads in to Elephant Trunks] Introduction of Guests Black Tank Tops ($15) Presale Prices: - $8 (admission, 2 opportunity drawings) - $10 (food, 2 opportunity drawings) - On-site: $12 (admission) - $13 (food) Friday, May 2nd from 5:00PM to 6:30PM Southeast Patio of the Fullerton Train Station The winner is.... Collecting canned food, oatmeal, and grocery giftcards 1) it is a zombie apocalypse. you are on an island. choose 5 people from CKI that you want to be with you (in order to survive) Kasey- She is super resourceful Junie- Shes very smart and logical Daniel and Jesus- tolerable guys who can literally carry my dead weight Katie- to keep everyone positive and sane. 2) what are you going to miss about CKI the most? being able to scream my heart out and it be socially acceptable 3) what are you not going to miss about CKI? late nights followed by early mornings 4) rainbow dash or dumbo? Jonas brothers or Demi Lovato? uughhhhhh. dumbo. hes classic. HOW. DARE. YOU...... JO BROS 5) what was your favorite service project Last year's Division 13 Kiwanis One Day. 6) if you were able to relive your college life what would you change i would join CKI my freshman year and skip that sad year of loneliness. Id also do more academically. double major. join a business club. start interning earlier. 7) what advice would you give to the young bloods? do everything you want to. dont let any one or thing restrict you. especially pants. pants are very restricting. you do you honey boo boo TSU-Ontiveros @ 7pm! Random Fact Presale has ended! On-site price: $7 Give all your recyclables to Danny! April 24, 2014 Adjournment Caption of the week!!! Grandma's House of Hope Food Drive Icebreaker Service Next Week Book Doctor Call to Order Blue Crewnecks ($25) CKI Pledge Leadership April 28th- May 1st from 10am- 4pm at the Titan Walk! Recycling Fundraiser Saturday, May 3rd, from 7am- 4pm TBA Photo of the Week CSUF 7/10 Split! Danny! REGISTRATION IS CLOSED!!! Senior Spotlights Black Sweatpants ($25) May 9th from 7pm-10pm Opportunity Drawing! Saturday, May 3rd from 10AM-12PM 2101 E. 4th St. Bldg A. Santa Ana, Ca 92705, Santa Ana CSUF Circle K Submission Deadline: Tuesday 11:59pm CSUF Circle K Fact #csufcirclek Theme: nerds Happy/Sad Thought Facts of the Week CAYP Paint Your Heart Out