Good ideas happen every day, but opportunities to put them in the spotlight for a chance at true resonance can be far and few between. Elmer Bol, Director of Product Management for Autodesk’s Reality Capture Group, knew he had one shot at making an impact when it came time to present his vision for the future of 3D technology on stage.

“Our goal all along was to make an impact with our business, and with the help of Prezi we were able to bring our great ideas to life.” 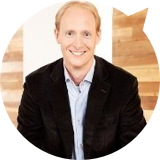 From Workspace to Main Stage

Back in 2009, long before Bol joined Autodesk, he and a friend spent their nights and weekends in an attic workspace, tinkering with 3D data collection and 3D animation software. By 2010, the pair had a startup called Alice Labs and a completely new way to scan a 3D object: users only needed to take two pictures of an object, import them, and they’d quickly receive a print cloud. Today this is well-known technology, but then it was completely novel.

Alice Labs found success among niche software animation companies, but Bol knew he was onto something much bigger. Finally, an opportunity came in the form of an invitation to speak at SPAR, one of the most important 3D technology conferences in the world.

“Before sitting down to make the presentation, I had read that a very small percentage of presentations are actually retained by an audience,” he said. “We knew we had to do something special to help us stand out. Then, when one of our developers showed us Prezi after seeing it at his university, we realized we were a whole lot less likely to run into that problem.”

Bol and the rest of Alice Labs put together a presentation that utilized Prezi’s use of motion and space to tell the story of their journey and goals. Though no one at Alice Labs had any real design skills, they didn’t find problem with creating a prezi that accurately represented their messaging. “We just had to import our images, throw some videos on the canvas, and we were ready to tell our story,” Bol explained.

From Main Stage to Autodesk

In addition to a standing ovation, Bol received the attention of a couple of representatives from Autodesk, the company behind AutoCAD and many other 3D design products. They were intrigued by the technology and presentation, and began the conversation that would eventually lead to acquisition. Today, the software Bol and his colleagues created is known as ReCap, and is currently integrated into Autodesk products.

“Our goal all along was to make an impact with our business, and with the help of Prezi we were able to bring our great ideas to life,” he said.

Prezi Business will change the way you work