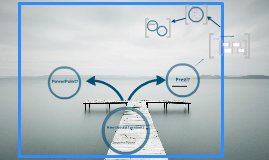 Transcript: Pros & Cons Jacqueline Nguyen “Prezi truly embodies what creativity is about: changing your perspective, connecting and combining ideas, thinking in non-linear ways, and creating in collaboration with others.” If your idea is different from others, why is your presentation the same? -Don't use a PowerPoint. Journey Create your own template http://prezi.com/index/ How should I present? Prezi? "More dynamic presentations." — The New York Times "A marvelous approach to the visualization of information." — Rob Campbell, Founder of PowerPoint — Leticia B Cavagnaro, Stanford University Travel Mini Templates PowerPoint? Communicate Visually! Unique Presentations 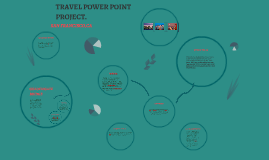 Transcript: DOWNTOWN SAN FRANISCISCO Jardinière GOLDEN GATE BRIDGE The food was awesome. All four of us were really happy. I got the Eggs Royale, and the hollandaise was really good. I am a major hollandaise snob and it takes a lot to impress me and this did. Really perfect balance of lemon and spice. Spot on consistency. The smoked trout was super tasty too. The eggs were also super good. The only thing I wasn't wild about was that it was all on top of hash browns. It just didn't quite compliment. Would have been better on sourdough toast. LEVIS STADIUM THE RESTAURANT SEVEN HILLS HAS A REALLY GREAT ITALIAN CUISINE . ITALIAN FOOD IS REALLY GOOD AT THAT RESTAURANT . THEY SERVE GREAT FRESH AFFORDABLE FOOD. THE FOOD IS GREAT. THERE IS NO WAY TO DESCRIBE UNIQE TASTE OF THE ITALIAN FOOD THEY SERVE AT SEVEN HILLS GOLDEN GATE BRIDGE Cozy, individually decorated rooms without phones or TVs feature Victorian accents, free Wi-Fi and ceiling fans. Some rooms have sinks, and bathrooms are shared. A penthouse furnished with antiques offers a claw-foot tub, stained-glass windows and a private rooftop area, plus a TV. THE FOOD AT JARDINIERE IS REALLY GREAT. THE FRENCH CUISINE WAS GREAT AND IT WAS THE BEST IN EVER HAD. NO OTHER FRENCH RESTRAURANT IS BETTER THAN JARDINIERE. IT IS ONE OF THE BEST FRENCH RESTRAURANT IN THE COUNTRY FISHERMAN'S WHARF SAN FRANCISCO,CA PARKER GUEST HOUSE Fisherman's Wharf is a neighborhood and popular tourist attraction in San Francisco, California. It roughly encompasses the northern waterfront area of San Francisco from Ghirardelli Square or Van Ness Avenue east to Pier 35 or Kearny Street. The F Market streetcar runs through the area, the Powell-Hyde cable car lines runs to Aquatic Park, at the edge of Fisherman's Wharf, and the Powell-Mason cable car line runs a few blocks away. Powell Place is surrounded by everything that makes San Francisco special. Explore the ethnic culture of Chinatown or visit the Performing Arts Center, where you'll find the Herbst Theater, the War Memorial Opera House, and the Davies Symphony. The San Francisco Museum of Modern Art specializes in contemporary works. SAN REMO HOTEL Parker Guest House is a highly rated 21 room Bed and Breakfast Hotel Inn located near San Francisco’s vibrant Castro, Mission and Noe Valley neighborhoods. Just steps away from dozens of restaurants, pubs, parks and the Muni Metro, Parker Guest House is the perfect choice for business and holiday travelers, with easy access to all San Francisco’s major tourist. TRAVEL POWER POINT PROJECT. POWELL PLACE SEVEN HILLS CHAMBER LEVIS STADIUM IS HOME TO THE SAN FRANCISCO 49ERS. THE 49ERS IS A NFL FRANCHISE THAT IS IN SAN FRANCISCO AREA. GOING TO LEVIS STADIUM IS IS ALOT OF FUN. YOU SEE OF ALOT PEOPLE THERE TO SEE THE 49ERS PLAY. SOME ARE HUGE FANS AND SOME ARE THE FANS OF THEIR OPPONENT. THE STADIUM DRAWS A GREAT BIG ATTRACTION TO SAN FRANCISCO BECAUSE IF YOU ARE THERE THAT WILL BE THE FIRST THING YOU WILL SEE. The Golden Gate Bridge is a suspension bridge spanning the Golden Gate strait, the one-mile-wide, three-mile-long channel between San Francisco Bay and the Pacific Ocean. The structure links the American city of San Francisco, California – the northern tip of the San Francisco Peninsula – to Marin County, carrying both U.S. Route 101 and California State Route 1 across the strait. The bridge is one of the most internationally recognized symbols of San Francisco, California, and the United States. It has been declared one of the Wonders of the Modern World. 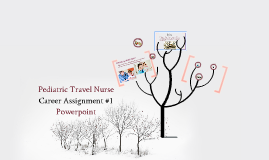 Transcript: Training Requirements Pediatric Travel Nurse Career Assignment #1 Powerpoint Skills to be a Pediatric Travel Nurse Pediatric nursing or child health nursing is the specialty nursing care of babies, children and adolescents What is a pediatric nurse? Pediatric Travel Nurse have patients from newborns to teenagers. -become a registered nurse -go to nursing school -a degree or a Bachelor's of Science -take the National Council Licensure Exam Salary You can either take an internship that offers at least 1800 hours of clinical training or get a job in a pediactric settingwhich will also get you 1800 hours of training. Both of these will let you take the CPN exam. How to be a Pediatric Nurse? This type of nursing needs extra patient with kids, good communication skills, be able to work under pressure, and medical emergencies. Pediatric Travel Nurses, travel to different parts of the world and work in a hospital or clinic. Where do they work? Pediatric Travel Nurses salary are around $111,000 -$120,000 per year. It may also depend where you work, if you work in a third world country, you are most likely to get a higher pay. 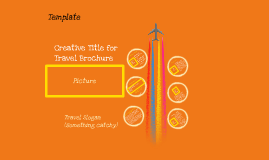 Transcript: Description. Your description paragraphs must be written in proper English, your sentences must be complete, and spelling must be accurate. Yes, Ms. Donegan does not teach Language Arts, however, you are in 7th grade and I expect each of you to show me how well you can write! Description. The format for your pictures/maps/diagrams and text should be creative. Section 4: Title Description here. Each description must be 1-2 paragraphs long. You are writing as if you are a travel agency persuading people to come visit medieval Africa. Although there is a lot of flexibility for this assignment, you must remember that you must include CONTENT related to what we learn in class. Meaning, use your class notes and textbook for information that you will want to include. picture map diagram Section 2: Title Travel slogan Here Picture This slide is suppose to be creativly formated to grab the attention of the reader. On the example that I provide, I used this slide as an opportunity to incorporated key words and pictures to grab the attention of my audience. Created by:______ Period:__________ Travel Slogan (something catchy) This slide must have at least one picture. This slide should only have short words/phrases and should not have lengthy details about the travel destination. Remember, we are trying to grab our readers attention and convince them to come to Africa! The section title is your choice. You are required to have four sections in your travel brochure. Each section must have a title, a picture, and a description. Each section title/topic must be related to what we have learned in class. For example, we have studied GEOGRAPHY, so that might be a good idea for a section in your brochure. Also, the format is up to you, just make sure that you include what is listed above. Create a Travel Agency name Picture Map Diagram Section 3: Title This should be your first slide of your brochure. References Section 1: Title Template Picture Map Diagram Use Correct Format. Websites: Easybib.com is a helpful resource Pictures: Picture Map Diagram Creative Title for Travel Brochure 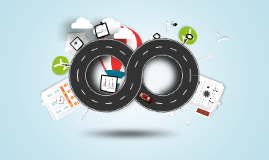 Transcript: Your logo Tick tock tick tock tick tock Plan a journey Hitchhike and get a free ride Plan a business Fill the tanks and let's go driving The hot air balloon is the oldest successful human-carrying flight technology Plan a trip elements are separate C o m p a n y Find it from: Temple Where to Change your message Best Travelling Method? It's a You are bored? G arrange elements Plan a room http://Prezibase.com Guides Tips and tweets Here it comes ate 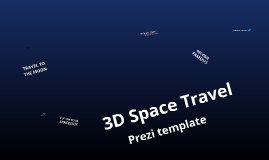