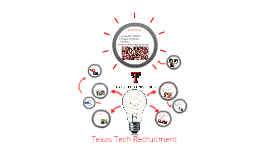 Transcript: Executive Plan Opportunities Evaluation Josh Abbott Texas Tech Recruitment Current Situation PR Message strategy Relate to our target Internet and hands-on Why? Recruitment can be like herding sheep Many appealing perks at Tech Reach out to everyone, including those who have not yet applied Use social media unify Inform target about Tech Andy Fickman Tech is a community - understand & become aware Events for students who haven't applied Events for younger students Wes Welker Creative Strategy Media To be Used Description of Target Market Survey at orientation Analyze enrollment numbers Flyers through the mail Social Media Connect Tech Raider Road Show Create a community of diversity PR continued... what does a freshman look like? - sound, act, and look. interested in? - socially, academically, and athletically 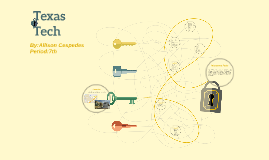 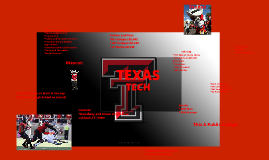 Transcript: Ethnicty * 3% Two or more races * 6% Black or African American * 3% Asian * 19% Hispanic * 69% White Gender * 55% Men * 45% Women Location *Broadway and University Avenue Lubbock,TX 79409 Tuition and Fees *On Campus $8,942 * Off Campus $8,942 * At Home $8,942 Room and Board * On Campus $8,275 * Off Campus $8,464 * At Home $2,730 Scholarships *Athletic *ROTC Programs Most Popular Majors *Business/Marketing *Engineering *Family and Consumer Science *Interdisciplinary Studies *Agriculture *Communications/Journalism *Parks and Recreation *Social Sciences The Minimum SAT scores are between 200-299 This A Public College You need to be at least in the top half of your High School to attend TECH TEXAS Sports: The End Mascot: 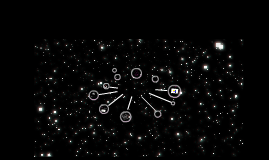 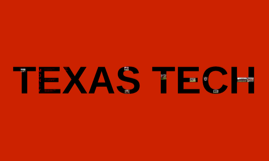 Transcript: POPULATION THERES OVER 32,000 STUDENTS AND THE RATIO OF STUDENTS TO TEACHERS IS 23:1 M O N E Y Room and board: $8,464 Out of state $8,464 Tuition and fees: $9,242 Out of state: $10,142 Books and supplies: $1,200 Out of state: $1,200 PER YEAR!!!!!!!!!!!!!!!!!!! About the school Texas Tech is located on 2500 Broadway St. Lubbock,Tx Its a public school Originally named Texas Technological College, the college opened in 1925 with six buildings and an enrollment of 914. my major that i am intersted in is education and physical education Im going to join the intramural football. TEXAS TECH My plan after high school is to got texas tech and do my best im going to play football for texas tech and be the best player i can be.

Transcript: Lubbock, Texas It is 313 miles away from my home. It was established in February 10, 1923 Texas Tech Texas Tech University Campus Enrollment - 32,327 students Campus Size - 1,839 acres Tuition - $4,862 Room and Board - $8,464 SAT - 1140 ACT - 25 Texas tech is known for, "Best in the West”, Named One of the Finest Colleges by Princeton Review. They are also ranked #5 in Safety. They also have great support for the activities that occur at the school. Laptop Math Foreign language Summer Job Map/Campus Texas General Business: Red&Black Raiders Texas Tech The career of being an entrepreneur can range from different salaries. the starting salary with a general business degree would be between. $30,000 to $40,000. it's all determined on how well your business goes. Texas Tech History of Texas Tech Requirements Public School Notable Alumni/Traditions Unique features: Entrepreneur Texas Tech Texas Tech Cure Cancer Kappa Alpha Theta Upward Bound Texas Tech Garland Weeks - 1967 - Sculptor Ginger Kerrick - 1991 - NASA Flight Director Guns up; to greet other raiders and Support Athletic Teams it provides an opportunity for broad or generalized, approach to a business education. the choice of choosing a wide range of choosing a wide range of courses from all areas of interest. 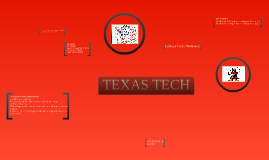