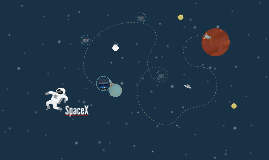 Transcript: Pros: saves a lot of money its super cool privately owned, doesn't depend on government funding Cons: if anything goes wrong, the stages could land on people and kill them SpaceX is planning and conducting a new series of tests to reuse the different launch stages of rockets. SpaceX Successful Test On April 18, 2014, SpaceX launched a rocket up to the ISS. The first stage of the rocket was successfully used in a test to control the first stage of the rocket. It was aimed to land in the Atlantic Ocean. Future tests may include landing the rocket on land. Benefits This project can greatly reduce the cost of launching rockets. If SpaceX can successfully reuse the stages of their rockets, they can save over 95% of what it costs to build their rockets. Pros and Cons It costs around $54 million to build a rocket currently. However, the cost of fuel for each flight is only around $200,000—about 0.4% of the total cost. Reusing Rockets 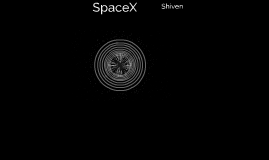 Transcript: SpaceX When Falcon Heavy lifts off later this year, it will be the most powerful operational rocket in the world by a factor of two. With the ability to lift into orbit over 53 metric tons (117,000 lb)--a mass equivalent to a 737 jetliner loaded with passengers, crew, luggage and fuel--Falcon Heavy can lift more than twice the payload of the next closest operational vehicle, the Delta IV Heavy, at one-third the cost. Falcon Heavy draws upon the proven heritage and reliability of Falcon 9. The SES-9 is a geostationary communication satellite (A geostationary communication satellite is a satellite that is over the equator and mimics the rotation of the Earth and follows it. Because of this mimicry, the satallite appears to be stationary and offer continous opperation in the area of visibility. The falcon 9 is a 61.9 million dollar rocket. It is a two-stage rocket designed and manufactured by SpaceX for the reliable and safe transport of satellites and the dragon spacecraft into orbit. Falcon 9 delivers payloads to space aboard the Dragon spacecraft. Merlin is a family of rocket engines developed by SpaceX for use on its Falcon 1 and Falcon 9 launch vehicles. SpaceX also plans to use Merlin engines on its Falcon Heavy (Another Falcon model). Merlin engines use RP-1 and liquid oxygen as rocket propellants in a gas-generator power cycle. The Merlin engine was originally designed for sea recovery and reuse. SpaceX Falcon 9 Hello, today you will be shown about SpaceX. A Space Exploration Technologies Corporation is an American aerospace manufacturer and space transport services company with its headquarters in Hawthorne, California, USA. Failed Launches Falcon Heavy Dragon is a spacecraft created by SpaceX, Dragon is launched into space by the SpaceX Falcon 9, and SpaceX is developing a crewed version called the Dragon V2. During its flight in December 2010, the Dragon became the first spacecraft to be recovered successfully from orbit. On 25 May 2012, a similar model of the Dragon became the first commercial spacecraft to successfully rendezvous with and attach to the International Space Station (ISS). SpaceX Dragon SES-9 Thank You for listening and I hope you learned something about SpaceX A reusable rocket are rockets are one spaceX are one of spacex's cutting edge inventions. Used in reusable launch systems which can lauch lots of capacity into space more than once it is also used in expendable launch systems where they are launched then are destroyed. Merlin (rocket engine family) What is a reusable rocket On June 28th, 2015 SpaceX launched the Faclon 9 with the dragon carried in it. It was going to bring supplies to the ISS. Everything was normal until 2 minutes and 19 seconds through when a cloud of vapor initiated . After a few seconds after the vapor there was a loss of helium tank pressure, after that the tank exploded and the mission was failed. This is a graphic about the dragon spacecraft and its landing plan Shiven

Transcript: Project by Nick Kiker, Noah Offut, Peter Mengistu, and Paul Mengistu. Facts: Made of aluminum-lithium alloy and is stronger and lighter than regular aluminum. The Falcon 9 has 9 thrusters with the thrust at liftoff rising to 716 kilonewtons (161,000 pounds) as it climbs out of Earth’s atmosphere. Any questions? SpaceX Falcon 9 Falcon 9 is a two-stage rocket designed and manufactured by SpaceX for the reliable and safe transport of satellites and the Dragon spacecraft into orbit. SpaceX has over 3,000 employees SpaceX Dragon Spacex Dragon Noah Nick: Paul: SpaceX has two different launch facilities.One in California and one in Florida. SpaceX Logo: The main product by SpaceX is the Falcon 9 and Falcon Heavy. http://www.tubechop.com/watch/3790256 About Spacex 68.4m224.4 ft MASS 505,846kg1,115,200 lb PAYLOAD TO LEO 13,150kg28,991 lb LAUNCHES TO DATE 13 of 13 successful DIAMETER 3.7m12 ft STAGES 2 PAYLOAD TO GTO 4,850kg10,692 lb Noah Peter: SpaceX designs, manufactures and launches advanced rockets and spacecraft. The company was founded in 2002 to revolutionize space technology, with the ultimate goal of enabling people to live on other planets. SpaceX was founded by Elon Musk (1971-Now) born in South Africa As shown by the image on the left, the Falcon 9's fairing is about the size of a bus. SpaceX Website: http://www.spacex.com/ 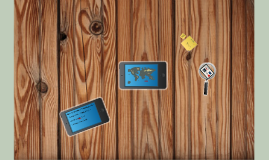 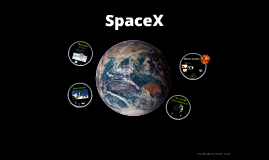 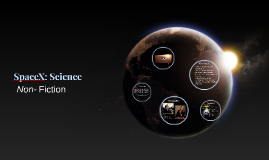 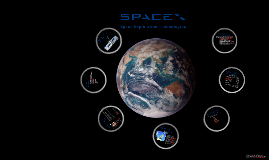