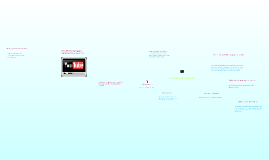 Transcript: The Holy Month Of Ramadan What Is Ramadan ? Ramadan Is The Month Of Fasting For Muslims. Why Do We Fast ? We fast so that we can realize how people who can not afford to buy food feel and since i have been fasting now i know how hungry they are and how they feel. How Long Is Ramadan ? Ramadan is a one month celebration (30 days) When Do We Close Our Fast ? We close our fast before sunrise and after you here the azan for Fajr prayers you cannot not eat or drink . When Can We Open Our Fast And Eat ? We can open our fast at sunset also in islam Maghreb Prayers How Do You Know That Ramadan Has Started ? You know that Ramadan has started when the crescent moon has been seen, if you don't see the crescent moon that means Ramadan won't start for another day. What Happens After The 30 Fasts ? After the 30 fasts it is Eid-Ul-Fitr there is no moon seen there are just 30 fasts in Ramadan no more than 30 What Happens If You Miss Some Fasts ? If you are a teenager or a adult after Eid you must repeat the amount of fasts you missed Here is a little video but even if you don't get what it means the pictures will tell you a little bit about the culture of islam please enjoy. Thank You For Taking Your Time To Watch My Prezi. Hope You Liked Watching It .Please Comment 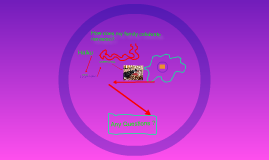 Transcript: How does my family celebrate ramadan? Haiku Ramadan is Cool Its a month full holiday I celebrate it . Summary Ramadan is a month full holiday of fasting ,which means not eating until neccesary ,but in this case its until sunset. The Reason The reason why we fast is because our religion tells us that there are people around the world that dont get to eat and Ramadan is the least we can do and shows us how its like. Leave all questions and comments below Thank you for watching Any Questions ? 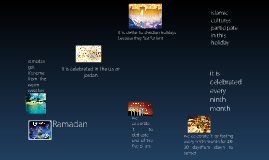 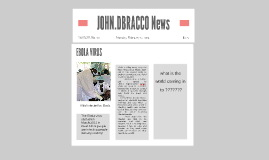 Transcript: EBOLA VIRUS Ebola is killing many people in West Africa since March 2014 and it can spread easily to another countries so the world is worried about it. Ebola started in Guinea and it spread to Liberia ,Nigeria,Sierra Leone. Ebola out break is a serious disease that is easy to spread to others it spreads through body fluids like blood and mucus. It is believed it came from a people that ate bush meat like monkeys and bats which is delicacy in west Africa. And it is infecting health care workers quickly because they were not care full when touching infected people. 4032 people that are infected are died in 1o countries and 8900 are infected. and it is so dangerous because it has no cure and vaccine so they need more health care workers and they need to be careful. A kid infected by Ebola to ??????? Vol XCIII, No. 311 what is the $1.25 Monday, February 17, 2014 JOHN.DBRACCO News The Ebola virus started on March,2014 in West Africa people are infecting people in many country. world coming in 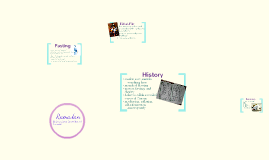 Transcript: By: Sierra English, Chantal Ysip, and Kira Jatoft -A way of reminding them of the suffering of the poor. the breaking of the fast celebrated with lights and decorations sense of generosity and gratitude fanoos=lanterns -While the sun is shining, they can not drink or eat anything, including water. -They will rise before dawn for sohour and have iftar after the sun sets. Eid al-Fitr Ramadan History -Can start fasting at the age of 12. -to achieve closeness with Allah -fasting -traditions -cleansing body and mind -central experience -Is essential to the Islamic faith Arabic root: ramida -scorching heat month of blessing prayer, fasting, and charity believes Allah revealed verses of Qur'an meditation, reflexion, self-reformation -renew/purify Fasting Summary

Transcript: Who - the prophet mohammed What is Ramadan FOOD FUN FACTS Although Ramadan is always on the same day of the Islamic calendar , the date on the Gregorian calendar varies from year to year, since the Gregorian calendar is a solar calendar and the Islamic calendar is a lunar calendar ... Fig and lemon chicken Nutritional lentil soup Moroccan soup Beef meatballs Tomato sauce Fresh fig cake Rich semolina cookies advertisement Ramadan is a time to celebrate and give thanks for the gift of the Koran. It is a time to remember the poor, to practice self-mastery, and to recommit one's self to the Islamic faith. Why-Ramadan was created so that the Muslims could build a closer relationship with God. Historical Origin The fast is broken at sunset and begins again the next morning when there is enough light to distinguish a black thread from a white thread. The morning prayer is said after suhur, the pre-dawn meal. PEOPLE FACT Ramadan The people who practice Islam are called Muslims . Five W's Muhammad – a prophet and righteous person believed by Muslims to be the final messenger of God, whose predecessors are believed to include prophets Adam, Noah, Abraham, Moses, David, and Jesus, among others. Gabriel – Muslims believe that among God's many creations are angels. Gabriel is believed to be one of the most important angels, as he was responsible for transmitting God's divine revelations to all of the human prophets, ending with Muhammad FACTS The end of Ramadan is a joyous occasion known as Eid-el-Fitr, typically lasting three days. It is known as the festival of ever-recurring happiness and is celebrated with special prayers, feasts, sweets and gift giving. The time is also known as Kurban Bayrami, Hari Raya Puasa in South East Asia and Seker Bayrami in Turkey. The first during Ramadan is called Saum THE END.... 1.Shahadah - a short statement declaring the greatness and oneness of Allah. 2. Salat - prayer that is offered five times daily 3. Sawm - the fast that takes place during Ramadan 4.Zakat - a religious tax used for the poor, the sick, and others less privileged in the Islamic community 5. Hajj - the pilgrimage to the Holy City of Mecca What -Ramadan - The name Ramadan is used for both the ninth month of the Islamic year as well as the holy festival that occupies that month. During the blessed month of RAMADAN ,muslims all over the world abstain from food, drink, and other physical need during the day light hours. For 29 or 30 days.As time to purify the soul, refocus attention on God , and practice self- sacrifice. Ramadan is much more than not eating and drinking . When-(or 1434) are 9 July – 7 August. The most important rituals practiced by the muslims are often referred of Islam .They are as follows . Ramadan has not changed over time . They continued to do the same every month since it has been created . They will continue to fast and do all of the other things that they are appointed to do . Ramadan the month of fast for Muslims is the time period when Muslims part themselves from water, food and smoking during the daylight. During Ramadan Muslims have food twice a day, one when sun rises and the other when sun sets. The meal had before the sunrise is called suhoor and the meal had after the sunset is called Iftar. During the Ramadan fast, for Iftar meal delicious food is cooked like: Ramadan the month of fast for Muslims is the time period when Muslims part themselves from water, food and smoking during the daylight. In Islamic belief, the Prophet Mohammed was spoken to by Allah on a date known as Laylat al-Qadr, or the Night of Power. Allah gave Mohammed the teachings of the Qur'an and set him on his path to becoming a prophet and the founder of the Islamic faith. All Muslim sects believe that the Night of Power occurred during the month of Ramadan, although there is some disagreement as to the specific date. Still, the event is so much a cornerstone of Islam that the entire month is given over to its remembrance. Where- It was ordained in 2 Hijri, or year 624.