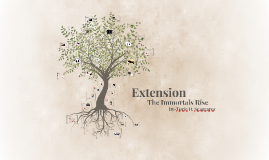 Transcript: By-Torie D. Seagraves Logan Lerman as Aran- A boy who is seventeen years old who has been through the same revival as Charlotte. Charlotte- Are all of those people like me? Caden- Yeah but they've been around much much longer. Charlotte- So how exactly am I, and them, like me? Hospital Strong Sequence Caden- You see, there's a tree not far from here. It's known as the Immortality tree aka”Tree of Life”. This thing is crazy cool! Every two hundred years there's a boy and a girl picked for God knows what reason, and making them Immortal. Charlotte- You believe in God after being turned immortal? Major Plot Points #1 #6 Locations #3 Caden- How long has she been facing it, two hundred years? Charlotte- Very funny, but no. They've had a pretty bad relationship for that last few years... Caden- I'm so sorry Charlotte. Trust me though, you'll love your new family here with us! In fact, that reminds me. There's someone I'd like you to meet. In 2030, there was a small family in Normalville, Pennsylvania. Unfortunately, the daughter of this family, Charlotte, passes out while arguing with her soon to be divorced parents. There she lies barely breathing in the hospital bed, and not long after, pronounced dead. Before she can be placed in the hospital morgue, miraculously she awakens. It can't be explained how she came back to life until she meets her two new friends Aran and Caden who have experienced the same strange event. But this is just the beginning of a whole other generation of who will become known as Immortals... Ellen Page as Janette- Older sister (24 years old) of Charlotte. She looks similar to Charlotte and has an “earth loving” personality. Alexandra Daddario as Charlotte- Daughter of family. Has a personality of being secretly depressed and acts shy around her peers. She is a brunet with somewhat pale skin. She’s particularly short and is sixteen years old. *Charlotte arrives at the home with Caden. She opens the door to at least ten other Immortals of all ages and kinds. Charlotte looks at each in awe as she realizes that these people look like everyday humans from her town. She and Caden proceed into a room that appears to be his own.* Extension Jett Good as Caden- An eleven year old boy that has been revived as well but had died in 1830. Bob Saget as Kenneth- The father of Charlotte. He is tall and his personality is timid. He’s very protective of his children though. Caden- Eh, I don't know. Anyway, once their chosen, a leaf will grow from the tree to represent their immortality. Say if my leaf was pulled, I would no longer be immortal. I would start to age like a normal person and eventually die or be vulnerable to anything that could potentially kill me. Charlotte- Wow. Why haven't you pulled your own leaf? Don't you wish to die and see your family again? Caden- Why's that? Charlotte- Well my parents aren't particularly happy with each other and my sister is always telling me she's here for me, that we'll face it together, and that she's been facing this for quite a while too. Existing Projects: Courtney Cox as Amy- The mother of Charlotte. She is very outgoing and is quite short for her age as well. #2 House #1 The Immortals Rise #4 #7 -"Forever"(TV series) -"Sleepy Hollow"(TV series) Charlotte- I'm not sure I'm ready for this. Caden- You don't have much of a choice Charlotte. Don't worry though. I'll guide you through this chaos. I have been doing it for quite a while now. Jessica Chastain as Louise- A woman who is an Immortal and has been immortal for 400 years. Open field #5 Jon Favreau as Dr.Martin- The doctor that determines Charlotte’s death and is perplexed by the results of her health leading up to her death. *Caden giggles* Charlotte- You're starting to sound like my older sister. Except you're a guy and like really young. *Charlotte giggles* Synopsis Casting Caden- I still like the idea of being immortal. I get to experience the world for as long as I'd like. Making new discoveries and solving issues that I've lived to know how to fix! I see it more as of gift than a curse. Others would disagree though... Just like you said, they want to be reunited with their families and simply can't stand living under the conditions of being an Immortal. House #2 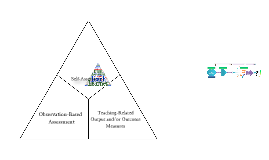 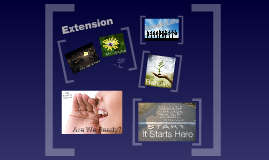 Transcript: Extension The Benefits of a Third Sorority Who We Are 65+ girls involved TOMS STUDENT GOVERNMENT WORKS ON CAMPUS CAMPUS/COMMUNITY VOLUNTEERS HONORS STUDENTS knowledgable TWO INFORMATIVE MEETINGS passionate MAKE A DIFFERENCE 32 FRESHMEN 13 SOPHOMORES 14 JUNIORS 6 SENIORS Why We're Here Greek Life is expanding Give additional opportunities to become involved with Greek Life We came together under the pretense that this would benefit future UT Tyler students We want to help promote Greek Life UT Tyler Greek Life Founders "Greek Life at UT Tyler was a way for me to have a home away from home. Finding the right fit for a new home is extremely important and is a personal choice. By having more options, Greek Life at UT Tyler may reach out to more women on campus and expand enormously." I think that an additional sorority on campus would greatly benefit UT Tyler. It would give women the opportunity to become involved on campus and within the community. I was in a sorority on campus and it was a really great way for me to be involved and meet women with similar interests. This is a great growth opportunity for the university that can pave the way for more student organizations in the future. legacy leadership philanthropy values confidence bonds scholarship integrity influence sisterhood Greek Life offers these things... Because of these qualities; we desire to be a part of the Greek community. Becoming a part of something that will be bigger then ourselves will bring about future opportunities and a community of like-minded girls. Benefits we offer 65 addtional girls who want to become involved with Greek Life and share the same passion towards our goals additional sororities promote and encourage a larger, more diverse pledge class promotes growth within the UT Tyler community by attracting different parts of the Tyler community; this sheds light upon all the other good we are accomplishing on campus. help promote the benefits of sorority membership different views and skill bases by working together, we can achieve much more! When it all comes down to it, we all have one main goal. Are We Ready? NPC Evaluation Questions Who is helping you with the inter/national sorority affiliation pursuit? Influencing the lives of many campuses and in communities (with) the spirit of cooperation and collaboration. This Collaboration of women's fraternities has stood the test of time for over 100 years. The future looks bright for the trend to continue as campuses add NPC groups and offer opportunities for soroity membership to collegiate women. National Panhellenic Conference (NPC) Do you know if this type of extension process has occurred on the campus previously? If so, when? How will this benefit the UT Tyler community? Help Greek Life at UT Tyler reach it's ultimate potential. The campus is continuously growing and adding another greek organization would help facilitate the expansion that will also ultimately happen in Greek Life. It Starts Here Greek Life How long has this group been in existence? Are you a recognized student organization? What are your reasons for pursuing inter/national affiliation? How many women comprise the interest group? 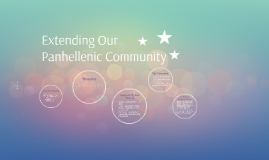 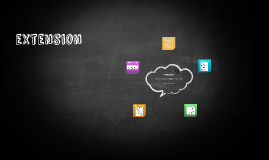 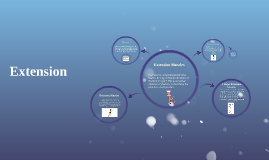 Transcript: Extension muscles help you perform exercises and help you do life your life, how you exercise and helps you do daily activities. Extension relates to fitness and exercise because while you are extending muscles and working out, you can prevent muscles from getting injured and getting strong. Triceps and hamstrings are two very important muscles that are extension muscles. Triceps make your are stronger and allow you to exercise and have strength for the muscles. Hamstrings help you walk and stand up. The hamstrings help your fitness life beome a success because you would not have enough strength in your legs. Work Citation Extension Muscles Extension is a physical position that lowers the angle between the bones of the limb at a joint. This occurs when muscles contract and bones move the joint into a bent position. Extension Extension Overall Extension muscles help you exercise your body so you can accomplish many things! They help you strengthen your flex muscles and together can make you gain a successful body and healthy lifestyle. Extension Extension Muscles 2 Major Extension Muscles http://www.google.com/search?q=extensions+muscle+do+what+for+fitness&oq=extens&aqs=chrome.2.69i57j0j69i59l3j0.7919j1j4&sourceid=chrome&es_sm=122&ie=UTF-8&gws_rd=ssl&safe=active#safe=active&q=the+importance+of+extension+muscles http://www.ivyroses.com/Define/Extension http://www.google.com/search?q=extension+muscles&safe=active&es_sm=122&biw=1366&bih=667&tbm=isch&tbo=u&source=univ&sa=X&ei=-2ZCVeTrBsOoNpK7gIgM&sqi=2&ved=0CEIQsAQ http://en.wikipedia.org/wiki/Anatomical_terms_of_motion 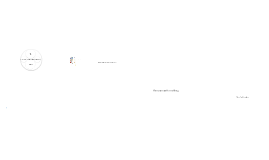 Transcript: In summer in Austalia cooling is a major issue. It is a costly problem, financially and environmentally Clean, Cool Simplicity There must be a simple soulution this uses next to nothing. air conditioners use in excess of 200w.