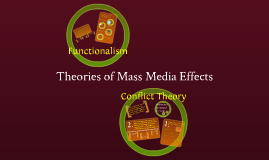 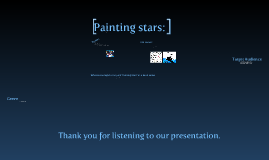 Transcript: Painting stars: We have created a poster and CD cover for our band: Poster: This is our poster . It includes all of the band members. CD Cover: This is our CD cover which includes 5 songs we made up. What encouraged us to pick 'Painting Stars' as a band name. Finding a name for our band wasnt easy. we had to go over diffrent names to see if it was right till we came to the conclusion that painting stars would be our name Painting stars bascilly is about dreams; and wishes for the future as stars represent Opportunities and hopes and painting your own future your own way. Target Audience 15-35 years old for both genders, preferably girls as most songs are about dreams and ambitions with love and life. It’s for people who enjoy a good type of pop music with a techno type of beat. It’s aimed for all types of people who enjoy music no matter who they are and also for people who like songs that have deep meanings. It's also for anylife style as its focusing on real life problems, so mainly people who are having a hard time would be inspired. People who love pop/techno music will adore this. Genre The genre for our music is pop/techno mix. The music is a bit like the artists Cascada and Owl City. It has a mix of beats that many people would love to use at discos and parties. Thank you for listening to our presentation. 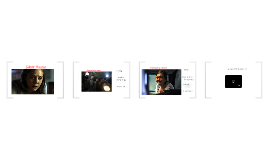 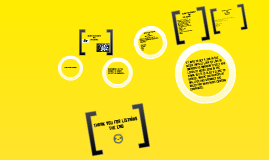 Transcript: Insight is a company that is baced in swindon and mamy more locations... Yorkshire Ireland cork hull insight photography and DVD service they offer a varity of presentastions, stles and media. quality photos to be printed instantly and a wide range of frames. they will photograph your wedding school proms prades... and they can even do video making insight photography and DVD service job roles insight have loads of jobs across the uk as the try to get the best photos they can. the sort of job to find in insight are, photographer editor/video editor web design store manger surprising on the amount of media activity in swindon... If i was to get a job in the media i would look to live in swindon as swindon it self has loads of media jobs in the town, but it is also a close to Bristol where the makers of Wallace and grommet are baced and many more existing companies. thank you for listning the end Media companies in swindon insight photogrphy and DVD Service... Insight photography And DVD service 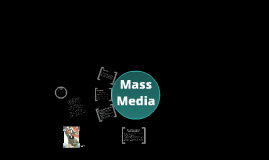 Transcript: Mass Media The institution of mass media can be newspapers, televisions, radios and how they influence the viewing audience. It can be used to do many things such as: make people want to buy a product, change the way you view a political or social situation, or make you feel a certain way just by hearing a jingle or seeing a logo. Social Being Insitutions give people the sense of belonging by providing the feeling of inclusions. The Mass Media involves multitudes of people very easily. Much more so than would occur if all interactions were physical. More attachment occurs when someone is interested in the subject. Examples Sports: Avid fans, through television, feel connected to the team. Often refer to favorite team as "We" because they feel involved. Over reaction to outcome of games results from social being. War: Through radio, tv, and internet people recieve information about "their" war. Not physically fighting, but Mass Media makes them feel involved. Celebrities: Magazines, tv, and radio feature celebrities and give insight about details of their peronal life. Twitter and facebook provide a more personal interaction with the people instead of through a reporter. People join together to attempt to govern the celebrities life. This joining makes the people feel connected. The effects of Mass Media Throughout history, Mass Media has been affecting society. The media influence has recently increased dramatically in the last hundred years. This is due to inventions of Mass Media. Began with telephone and telegraph, evolved to televsion and internet. On average, a child see 40,000 ads each year. Examples include: Slavery, Holocaust, and Occupy Wallstreet. Slavery Mass Media: Posters, Newspaper, and Advertisements Posters were used to recapture fugitive slaves, often with a reward. Newspapers had advertisements for sales of slaves. Without mass media, slavery would have been much less effective. Runaways would have escaped and stayed free easier without it. The buying of slaves would have been much more difficult and hard to come across. The ads made the slaves more like property and less like people. Holocaust Mass Media: Posters, Newspaper, Radio, Television. Posters were progaganda to create nationalism. Newspaper portrayed all other races as terrible people. Radio and Television united desirables against undesirables. Mass Media made people believe they were better than others and that it was their duty to get rid of anyone lesser than them. Without the propaganda, the wrong-doings may have never occured. Occupy Wallstreet Mass Media: Internet, Television, Magazines, Newspapers, Radio, Telephone. All of these were used to pin the 1% as being greedy people. This was an attempt to pin the 99% of the population against the 1% in protest. The main push was influenced by internet and recieved major publicity, causing many others to join in. Had no mass media been present, only a limited number of people would have been part of it which would have made the protest even less successful. Mass media also helped, by making the cops trying to stop the protest look like they were fighting for the 1%. The mass media creates omissions, distortion, inaccuracy and bias in our society. This can have two different outcomes: Blind acceptance, and living in ignorance. Recognition in the fault in our system which can create a seperation between the people and stir up a large amount of dissension. For a nation to succeed in todays world, it needs the support of the people, and if the ladder proves to be true then it can tear apart the entire nation and cause it to fail. What could go wrong when it comes to Mass Media? What it is? 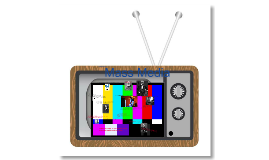 Transcript: Mass Media In 1881 Paul Nipkow developed a way to electrically transmit images. In 1901, Guglielmo Marconi proved that sound can be sent from Ireland to Canada. The first presidential speech was broadcast on television at the World’s Fair In 1939. In 1876 Eugene Goldstein made the term “cathode rays” to describe the light emitted when an electric current was forced through a vacuum tube. all full power television stations in the United States stopped analog broadcasts and were required to broadcast in a digital format. This has freed up the airwaves for use by emergency responders. In 2009 98.5 % of US households have at least 1 TV. The average American watches close to four hours of TV each day. 81% of children ages 2 – 7 watch TV alone Children who watch 10 or more hours of TV a week suffer negative academic effects. The average American child sees 200,000 violent acts on TV by the age of 18. The Federal Communications Commission (FCC) is an organization that regulates what americans watch and listen. In 1876, Alexander Graham Bell and electrical speech machinr that was able to send the shound of voice over great disrances. Reginald Fessedan introduced the radio in 1906 The telegrapgh used Morse Code which was invented by Samuel Morse. In 1921 a radio network was established by at&t. Recent technological and programming developments: YouTube, Vimeo, MySpace, Facebook, Camera phones, Twitter, etc. Mekiyah Lamar Mekiyah Lamar