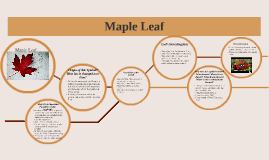 Transcript: Maple Leaf The symbol was chosen because its used in many Canadian stuffs like the Canadian Flag. The government chose it. It was chosen in 1965. It was found in North Temperate Zone. Cool/ Interesting facts Before the coming of the European settlers, Canada's aboriginal people had discovered the food properties of maple sap, which they gathered every spring. It changed over time when its proclaimed as the official Canadian Flag. Why is it an important Canadian symbol/landmark Maple leaf has different colors, it depends on the weather. Maple leafs have different sizes. Maple leafs appear in various shapes. The leaves are arranged oppositely on twigs. Description of the symbol Why was this symbol chosen? Who chose it? Where it was chosen? When it was chosen? Where is this symbol found/located? Maple Leaf Origin of this Symbol? How has it changed over time? There is a hockey team in Toronto called 'The Toronto Maple Leafs'. There is a syrup made from maple trees. Maple leaf is in the Canadian Flag. Maple leaf today appears on penny. Maple leafs falls in autumn and grows back on spring. All maples bear pairs of winged seeds, called samaras or keys. Its an important Canadian symbol because during the First World War, the maple leaf was included in the badge of the Canadian Expeditionary Force. Since 1921, the Royal Arms of Canada have included three maple leaves as a different Canadian symbol. In 1965, they proclaimed that the maple leaf is the Canada's new flag. The maple leaf has become the most-prominent Canadian symbol. Other information 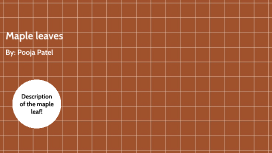 Transcript: Maple leaves By: Pooja Patel Description of the maple leaf! The maple leaf can be seen in plenty of different colors, during the autumn you would see them as red, orange, or yellow and during the summer they are green. Maple leaves have "3-5 lobes." Is maple leaf an official symbol of Canada? Is it an official symbol? Yes. The maple leaf became an official symbol in 1859 when the "Prince of Wales presented the 100th regiment," it is the arms of Quebec and Ontario. History of maple leaf When the Europeans first settled in Canada, maple trees were a good "food source" they gave a sweet sap which is called the maple syrup. February 15, 1965 the new flag of Canada was raised with maple leaf as a center symbol. History of maple leaf How did it become a symbol? How did it become a symbol? Alexandra Muis had created a song called "The Maple Leaf Forever," which was a "national" canticle, because of this canticle the maple leaf was on the "arms of Québec and Ontario. Fun facts! Fun facts of the maple leaf/tree - Maple trees create the best syrup. - Maple trees reside for 200 years. - Maple trees are very important for bees. - Maple trees create a very calming place during Autumn, there is also a festival celebrated in Japan to enjoy the colors of the trees. - Not only can you make syrup from maple trees you can also make whiskey. - If humans can suffer from diseases so can trees, maple trees can suffer from "diseases and pests." Bibliography Bibliography https://www.thecanadianencyclopedia.ca/en/article/emblems-of-canada https://www.canada.ca/en/canadian-heritage/services/unofficial-symbols-canada/timeline-maple-leaf.html https://www.waterfordcitizens.org/activities/beautification/waterford-trees/maple-trees/#:~:text=Leaves%3A%20The%20leaves%20of%20the,to%20be%20slender%20and%20glossy. https://www.thecanadianencyclopedia.ca/en/article/emblems-of-canada#:~:text=In%201867%20Alexander%20Muir%20composed,in%20the%20First%20World%20War. https://www.sugarbushhill.com/all-about-maple/interesting-facts-about-maple-trees/ https://blog.tentree.com/10-interesting-facts-about-maple-trees/ 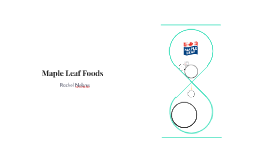 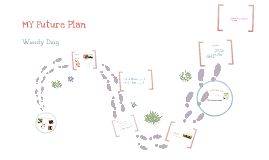 Transcript: Thanks for watching and listening I want to be an accountant !! My dream MY Future Plan LONG TERM GOAL study hard in the university NOW,MY SHORT TERM GOAL IS TRYING MY BEST TO GET A HIGHER MARK. I went to Anhui province for volunteer teaching with my classmates in grade 10's winter vacation Wendy Ding Short term short term goal long term goal I will get a chance to my dream university ~~~ what do u think I will be? IN TERM 3 , I want to get 85% for average. BE AN ACCOUNTANT!!!!!!~~ volunteer work Graduation ceremony Maple Leaf Education Fair I want to get an offer from my dream university. such as Brock university and UVIC and major in business field. The average grades for the most university about business is about 80 to 85. For me, my average grade is about 80 Then....... In fact, my mother is an accountant who works for a bank. So I think I may be effected by her. have my own accounting company . Achievement 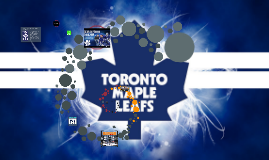 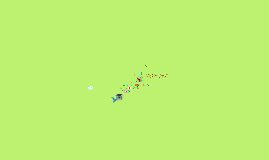 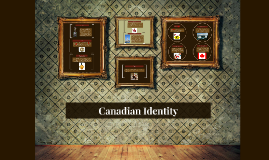 Transcript: Universal Health Care The Stanley Cup is the championship trophy awarded annually to the National Hockey League (NHL) playoff winner after the conclusion of the Stanley Cup Finals. Hockey is popular sport in Canada, especially because the NHL are the most highly anticipated games of the year. The Stanley Cup represents the true identity of true Canadian hockey lovers. the international border between Canada and the United States; more specifically, between the province of Ontario and the state of New York. Tim Hortons Inc. is a Canadian multinational fast casual restaurant. It is also Canada's largest fast food service. Loonie CN Tower The Canadian Flag The official ceremony inaugurating the new Canadian flag was held on Parliament Hill in Ottawa on February 15, 1965.The Canadian flag represents Canada's identity as a country. Before the coming of the first European settlers, Canada's aboriginal peoples had discovered the food properties of maple sap, which they gathered every spring. According to many historians, the maple leaf began to serve as a Canadian symbol as early as 1700. The Canadian one dollar coin, commonly called the loonie, is a gold-coloured one-dollar coin introduced in 1987. It bears images of a common loon, a bird which is common and well known in Canada, on the reverse, and of Queen Elizabeth II on the obverse. Health care in Canada is delivered through a publicly funded health care system, which is mostly free at the point of use and has most services provided by private entities. Stanley Cup Beaver The idea of the CN Tower originated in 1968 when the Canadian National Railway wanted to build a large TV and radio communication platform to serve the Toronto area, as well as demonstrate the strength of Canadian industry and CN in particular. It is the tallest free-standing structure in the Western Hemisphere, a signature icon of Toronto's skyline, and a symbol of Canada, attracting more than two million international visitors annually. Niagara Falls Maple Leaf Tim Hortons Canadian Identity The Canadian province of Quebec is by far the largest producer, responsible for about three-quarters of the world's output; Canadian exports of maple syrup exceed C$145 million (approximately US$130.5 million) per year. Maple Syrup The importance of the beaver in the development of Canada through the fur trade led to its official designation as the national animal in 1975. 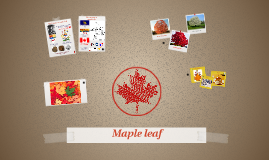