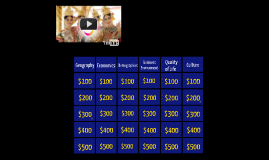 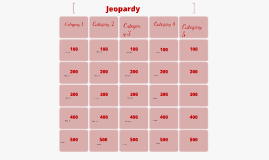 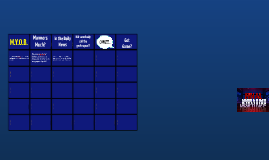 Transcript: The Game of Thrones t.v. show was inspired by this book What is a password? The President of The United States of America What does team DRAG stand for? Stone, Chamber, Prisoner, Goblet, Phoenix, Prince, Hallows Movement/idealogies that promote equality for women "It is no more radical for a girl to fall in love with mathematics or basketball than to fall in love with another girl" This includes things such as sending hurtful text messages or emails, or setting up a hate group on a social networking site. "We hold these truths to be self-evident: that all men are created equal; that they are endowed by their Creator with certain unalienable rights; that among these are life, liberty, and the pursuit of happiness." What is cyber bullying? In 2008, California's Proposition __ posed to eliminate gay marriage, but was eventually deemed unconstitutional An expression of objection against an organization promoting an idea or law. At the 2014 Oscars, John Travolta introduced Idina Menzel as ____, creating a huge viral faux pas Did somebody call the geek squad? "I have borne thirteen children, and seen most all sold off to slavery, and when I cried out with my mother's grief, none but Jesus heard me! And ain't I a woman?" What is "netiquette". Support for gay marriage decreases roughly after this age TBTN The labelization as a man or woman at birth AAUW In the Daily News Type of sexuality within the same sex HRC OMG!!!.. Utah was the __th state to legalize gay marriage “I am very disappointed an activist federal judge is attempting to override the will of the people of Utah. I am working with my legal council and the acting Attorney General to determine the best course to defend traditional marriage within the borders of Utah.” 2015's Batman Of U.S. Citizens, approximately ___ of 6 citizens support gay marriage __ of 3 justices refused to stay Shelby's decision in the 10th circuit's hearing of parent's roles in child-rearing Got Game? Highest Grossing Animated Film in History "You'll be coming home with me tonight And we'll be burning up like neon lights" The online equivilant of having good manners, or being polite - in other words, using proper "etiquette". Openly gay talk show host; 2014 Oscars host "It's a victory for all transgender people to know that we have a voice, that we have recourse, and that when it comes to workplace protections we deserve to make a living" Manners Much? "I got ______, ain't nobody got time fo' dat" M.Y.O.B. EEOC A first line of online defence against intruders and imposters - usually consisting of at least 8 characters. 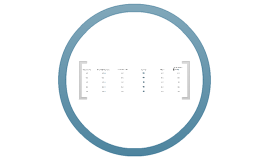 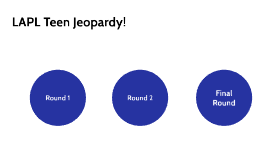 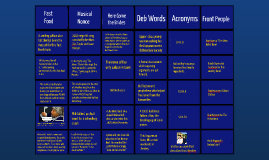 Transcript: Allison Krauss Iron Butterfly song, or I. Ron Butterfly as featured in an episode of the Simpsons. Believed to be drunken, slurred version of the words "In the Garden of Eden." Bobby Sherman Chrissy Hynde McDonald's 1980's commercials targeted baby boomers, featured a butchered rendition of a Bobby Darin's 1959 hit. The crooner who appeared on a man's body, wearing sunglasses, and playing the piano. Dennis the Menace Merle Haggard's backup band Debacle This made up word is the title of a Beatles song from the White Album. It was credited to Lennon–McCartney, but actually written solely by Paul McCartney. A formal discussion in which opposing arguments are put forward. Frontwoman for The Pretenders Debauchery This comic strip character appeared in Dairy Queen ads from 1971-2002 when he was dropped because DQ felt that children could no longer relate to him. This happens in Reno, NV certain weekends in January Seattle B F Fs Frontman of The Silver Bullet Band The Strangers Deb Words 3 letter acronym that describes these besties. Debutante Old Testament prophetess who helped free Israel from the Canaanites MMMBop Situation Normal All F***ed Up Pompatus Ob-La-Di, Ob-La-Da Upper-class young woman making her first appearance in fashionable society A smiling yellow star has always been the mascot for this fast food chain. Here Come the Brides SNL alumnus Darrell Hammond stars in the currently running commercials for this fast food chain. Sussudio Actor David Soul, who played Joshua Bolt, also co-starred in this 1975 detective series. In the 1973 song "The Joker," Steve Miller sings this made up word following the phrase, "Some people call me Maurice..." Laughing My Ass Off L M A O Debate Rachael Ray's acronym for one of her favorite ingredients Lottie's F***ed Up Beyond All Recognition Slogan for this fast food chain has since become an all-purpose phrase questioning the substance of an idea, event or product. E V O O Bolt Brothers 3 Front People Alabama Randy Owen was frontman for this country band. Starsky and Hutch Frontwoman of Union Station F U B A R The name of the only saloon in town. Phil Collins' perfect word for a schoolboy crush. Acronyms 1997 mega-hit song recorded by brothers Zac, Taylor and Isaac Hanson. Joshua, Jeremy, and Jason Deborah Musical Nonce 1968 show set in the 1800s about Bolt brothers, logging camp owners who brought 100 marriageable women from New England to this Pacific Northwest town. S N A F U A total, ludicrous failure. Also, the breaking up of ice in a river. Bob Seger Fast Food In-A-Gadda-Da-Vida 1960s and 70s teen idol who starred as Jeremy Boat. He recorded the 1970 Platinum Single "Julie, Do Ya Love Me?" 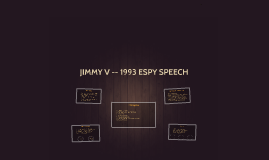 Transcript: Use of Stories / Humor / Facts Effective contrast of voice for mood Enthusiasm or happy story -- very high vocals and loud Deeper story / cancer -- gets deeper and slower -- more time to process and let it sink in Vocal Qualities Hook : Joke about Dick Vitale -- weak Intro : Genuine -- "I don't have one of those Q cards" Laughter vs. Seriousness = very effective "Time is very precious. I don't know how much I have left." 7 Categories Conclusion Hook / Intro Posture "Nothing has changed for me" (since cancer). 1.) Live 2.) Laugh 3.) Cry -- extremely motivational Evident throughout the speech (stories, etc.) His love of life makes him very relatable to. Enthusiasm makes his cancer less dark. WOW "Time I have left to give to others." Jimmy V Foundation for Cancer Research "Don't Give Up. Don't ever give up." Very deep yet enthusiastic ending. Rushed but keeps very cool 1.) HOOK / INTRO 2.) ENTHUSIASM / MOTIVATION 3.) POSTURE 4.) WORD CHOICE 5.) VOCAL QUALITIES 6.) USE OF STORIES / HUMOR / FACTS 7.) CONCLUSION FONTS JIMMY V -- 1993 ESPY SPEECH Enthusiasm / Motivation Walking up to the stage shows his weakness but his strength in fighting this weakness Leaning on podium = very vulnerable, comfortable, approachable, relatable Rutgers story? Eh Stories bring humor -- keep audience at ease and makes them laugh Facts of cancer -- extremely serious Makes his speech attractive in both ways -- funny and motivational