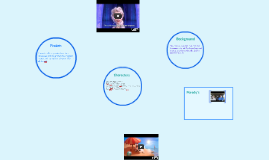 Transcript: Background Anna - the main character and Elsa's sister Elsa - The snow Queen at 21 Kristoff - iceman who ends up traveling with Anna Sven - Kristoff's pet reindeer and life long companion Olaf - the comical snowman who allways looks on the bright side and wishes of summer Hans - a prince from the Southern Isles Duke of Weselton - who thinks he knows everything Grand Pabbie - The Troll King and bringer upper of Kristoff Characters Parody's Frozen Frozen is a Disney movie about two princesses and one of them has magical powers but she accidentally froze the city of Arendel. The story was based on Hans Christian Andersen's fairy tale The Snow Queen and then became the now best Disney film of all time in 2014. 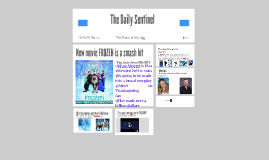 Transcript: 1)Idina Menzel is Elsa 2)Kristen Bell is Anna 3)Is going to be made into a broad way play 4)Aired on Thanksgiving day 5)Has made over a billion dollars Directors This pair help Anna and Kristoff and provide comic relief! This pair worked together to make frozen!!! $1.13 The Friday of May 16th This song is my fav. part of FROZEN!!! New movie FROZEN is a smash hit After Anna's and Elsa's parents go missing Elsa with her ice powers shuts Anna out to protect herself. But one day Elsa's powers come loose in a rage she leaves the kingdom. Anna not accepting Elsa is dangerous goes to find her. On her journey she meets Kristoff, Olaf, and Sven a reindeer. They help to rescue Elsa and save the kingdom!!! Fun facts about FROZEN Here it is LET IT GO!!! The storyline of this movie!!! Olaf the Snowman and Sven the Reindeer Vol XCIII, No. 311 Chris Buck The Daily Sentinel Jennifer Lee This amazing pa 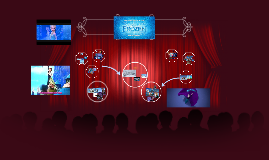 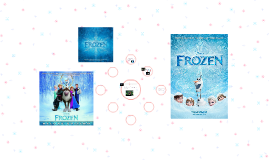 Transcript: Then there parents said that Elsa needs to be far from everybody and Anna because they don't want Elsa to froze someone else.Then Anna wanted to play with Elsa. Frozen Did you know that? In Frozen, some other princess are in the movie. Like Cinderella, Tiana, and Rapunzel. Frozen is an awesome movie!!! It tells about two princesses, one of them have a power that when she touch something, everything that she touch froze, that's Elsa. and Anna that doesn't have any power. Ones when they were small Anna could not sleep so she went to Elsa's bed because she wanted to make a snow man and see Elsa's power.When they were playing Elsa's power went in to Anna's head.And some of Anna's hair turned white. 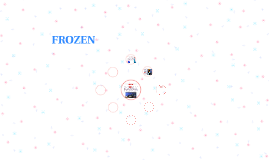 Transcript: The ice guy. He has lived with trolls ever since he and Sven ,his reindeer, were little. He is very serious and helps Anna find Elsa and bring back Summer! Queen Elsa ARENDALE At a young age Elsa is taken away from her sister do to the fact that her powers have now become stronger and uncontrollable. No one knows of this except her parents who died 3 years before Elsa became queen. After freezing the land Elsa decides to let it go and build her all time famous ice castle. But having been isolated all of her life will she ever find love for her sister again? Princess Anna In the kingdom of Arendale lives a secret so great only one can imagine . Queen Elsa has been living with this secret for her whole life. Yet her younger sister Anna does not know of this secret until the day Elsa becomes queen. Nothing will ever be the same again for the Elsa or Anna again. In the heat of July a snow will fall only do to Elsa, The Snow Queen. KRISTOFF FROZEN This bright and adventures girl has been shut out for 13 years by her sister Elsa. All she ever wanted to do was build a snowman and that all changed after Elsa accidentaily hurt her as a child. Will Anna ever be able to change her and her sisters relationship for ever more or will Elsa slam the door? 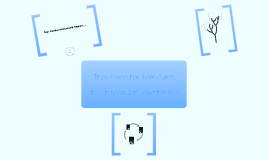 Transcript: They saved her from dying, but they couldn't give her life Her family... The ones who hate her Is he a part of her death? Supportive but to naive to help she was supposed to be the one to die... The mechs... Now she's one of them... Quiet, shy She's supposed to be depended on... Sarcastic, capricious, but can she be trusted? Silent, supportive... and suicidal? A leader, but is he dangerous to them all? the journey continues in... Mechs really can die in... Presentation by: Elizabeth Somsen Zoie Quinn Dad Ever wonder what would happen.... Ani Riley If you died... And came back? Jude Mom 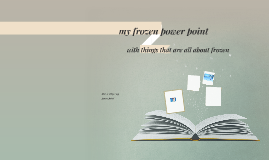 Transcript: that is all for my ELSA sister is Anna. Elsa my frozen power point that is Olaf looking at a flower This is Olaf, the very funny snowman. power point. with things that are all about frozen This is Elsa the snow queen.