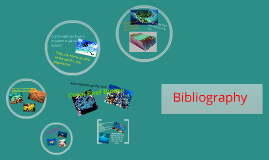 Transcript: Coral Reef Biome Rain Forests of the sea! Coral reefs are at a crisis! They're dieing at a very fast and alarming rate! Threats to the world's coral reefs include: Pollution Disease Over-fishing Dynamite and cyanide fishing Sedimentation Bleaching caused by rising ocean temperatures We can help by recycling and being more considerate about where we throw our trash away! Many turtle breeds are found closely around coral reefs Coral reefs are made up of little individual polyps! Polyps are simple and small creatures with only a belly and tentacles for catching it's food. Coral reefs are found in warm tropical waters inside the coral reefs are millions of different organisms! It took over a million years for these little creatures to build the coral reefs that they call home. They are home to 25% of the earth's fish population Coral reefs are the most complex ocean biomes http://www.coral-reef-info.com/coral-reef-biome.html Bibliography www.earthjustice.org/coralreefs www.aida-americas.org/coral_reefs coralreefs.wr.usgs.gov/facts.html They range from the shore to the sea animals.nationalgeographic.com/animals/invertebrates/coral/ 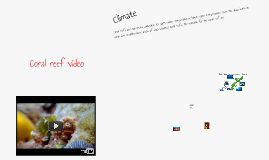 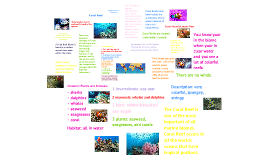 Transcript: Coral Reef By: Kelsee Conner & Olivia Lucas The lattitudes cover 30 north and 30 south of the equator. The average temperature of the biome is 61-86 degrees fahrenheit. A Coral Reef Biome is found in a shallow area of clear water within the ocean. There are seasonal changes in Tropic of the Capricorn. The days are noticeably longer and warmer in the summer and in the winter with up to two hours the temperature changes about 18 degrees fahrenheit. The average or typical precipitation isn't really calculated. Since the coral reef is underwater, and the rain is above sea-level it doesn't really get a certain amount of precipitation. Coral Reefs have been called the rainforests of the ocean because of their rich biodiversity. Coral- found at ocean floor Coral Reefs are located underwater. (ocean) You know your in the biome when your in clear water and you see a lot of colorful reefs. Coral Reef is underwater and sun is above water. But the sun can shine through the water. No humans live in this biome. They come to visit, snorkle, deep-sea dive, and fish there. 5 Interesting Facts: 1. The world's first coral reef occurred about 500 million years ago. 2. Great Barrier Reef is relatively young at just about 500,000 thousand years old. 3. The current reefs structure is less than around 8,000 years old. 4. Coral Reefs form in the deep ocean and are called attols. 5. Most modern reefs have formed on hard surfaces in the ocean. Sharks- most common in tropical waters at depths above 2,000m. This biome occupies less than .1% of the world's ocean surface. It also provides a home for 25% of all the marine species. There are no winds. Description: very colorful, spongey, stringy The Coral Reef is one of the most important of all marine biomes. Coral Reef occurs in all the worlds oceans that have tropical portions. Common Plants and Animals: sharks dolphins whales seaweed seagrasses coral Habitat: all in water 1 invertebrate: sea-star 2 mammals: whales and dolphins 1 bird- white-breasted sea eagle 3 plants: seaweed, seagrasses, and corals 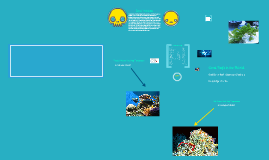 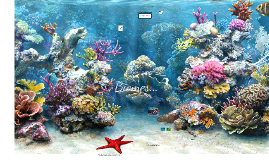 Transcript: Biomes... The Coral Reef By Alex Sents and Mary Kate Harris Coral reefs are located mostly along the equator since the water is warmer The soil consists of crushed up coral and sand Although there are many plants and animals living in the coral reef two of the most common plants are seagrass and marine algea. Two animals that live in coral reefs are clown fish and sea stars An adaption the clown fish have is it's ability to hide in the anenomes to protect itself, and Sea Stars have the ability to cling to coral and blend in to it's enviornment. An example of a food chain would be... Natural resources? Since coral reefs are protected by varying conservationist groups not many natural resources are collected other than a few types of fish. The coral reefs today are being severely impacted by human interaction, coral is dying off and humans have caused several fish species to go extinct. Recycling, to avoid the chance trash ends up in the ocean, stop global warming, not only does the atmosphere get hotter so does the ocean,and overall preserving the environment would help tremendously Algea Coral reefs are located mostly around the equator becaouse it is warmer water. The Coral Reef So what do we do? Fish Shark 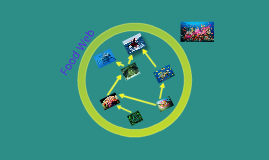 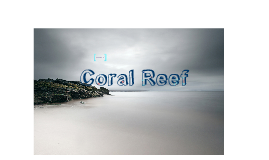 Transcript: Report by Symphony :) Madreporaria Cnidaria C Mushroom coral Phylum Anthozoa Coral Reef over 2000 km (1,250 miles) long among the most diverse, complex, and beautiful ecosystems on earth Largest solitary coral tiny animals that live in colonies Order There are (more or less) 6000 species of corals & sea anemones the structure of a reef is formed by these Class 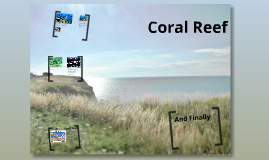