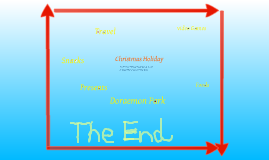 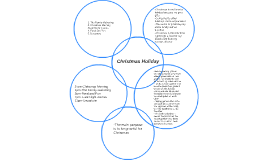 Transcript: -The main purpose is to be grateful for Christmas Christmas Holiday 5 am-Christmas Morning 1pm-The Family Gathering 5pm-Food and Fun 7pm -Late Night Games 11pm-Departure 1. The Family Gathering 2. Christmas Morning 3Late Night Games 4. Food and Fun 5. Departure -Before opening gifts on Christmas morning my mom always gives talks on how grateful we should be just for something under our tree -Family comes together and we all express how grateful we are on this holiday -As we eat and sit around the table my family is known too crack jokes on each other -Playing games after is the best part because we have two big sides of the family working together to outdo the other -This is the only time it seems the family has the most togetherness, these moments are what I look forward to the most. -Christmas is my favorite holiday because we give gifts -Compared to other holidays, more appreciated -This is the only holiday my entire family comes together -Christmas is the only time I get to go all out for my loved ones from my savings all year 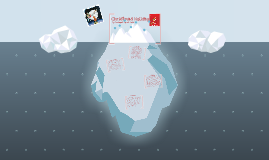 Transcript: Christmas (Old English: Crīstesmæsse, meaning "Christ's Mass") is an annual commemoration of the birth of Jesus Christ[5][6] and a widely observed holiday, celebrated generally on December 25[2][3][4] by billions of people around the world. A feast central to the Christian liturgical year, it closes the Advent season and initiates the twelve days of Christmastide.[7] Christmas is a civil holiday in many of the world's nations,[8][9][10] is celebrated by an increasing number of non-Christians,[1][11][12] and is an integral part of the Christmas and holiday season. Celebration By Peesapat Ep 6/1 No.12 Decorations Christmas Holiday The practice of putting up special decorations at Christmas has a long history. In the 15th century, it was recorded that in London it was the custom at Christmas for every house and all the parish churches to be "decked with holm, ivy, bays, and whatsoever the season of the year afforded to be green".[42] The heart-shaped leaves of ivy were said to symbolize the coming to earth of Jesus, while holly was seen as protection against pagans and witches, its thorns and red berries held to represent the Crown of Thorns worn by Jesus at the crucifixion and the blood he shed. Gift giving What is Christmas????? Christmas Day is celebrated as a major festival and public holiday in countries around the world, including many whose populations are mostly non-Christian. In some non-Christian countries, periods of former colonial rule introduced the celebration (e.g. Hong Kong); in others, Christian minorities or foreign cultural influences have led populations to observe the holiday. Countries such as Japan, where Christmas is popular despite there being only a small number of Christians, have adopted many of the secular aspects of Christmas, such as gift-giving, decorations and Christmas trees. Countries in which Christmas is not a formal public holiday include China, (excepting Hong Kong and Macao), Japan, Saudi Arabia, Algeria, Thailand, Iran, Turkey and North Korea. Christmas celebrations around the world can vary markedly in form, reflecting differing cultural and national traditions. The exchanging of gifts is one of the core aspects of the modern Christmas celebration, making the Christmas season the most profitable time of year for retailers and businesses throughout the world. Gift giving was common in the Roman celebration of Saturnalia, an ancient festival which took place in late December and may have influenced Christmas customs.[66] On Christmas, Christians exchange gifts on the basis that the tradition is associated St. Nicholas with Christmas,[67] and that gifts of gold, frankincense and myrrh were given to the infant Jesus by the Biblical Magi 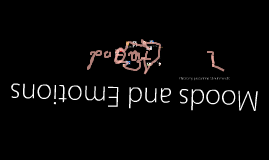 Transcript: cars Excited this is my presention about moods Lonely Moods and Emotions Surprised Curious 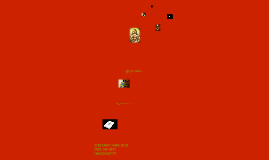 Transcript: Christmas is the best day Christmas is so special that they have songs of it in christmas Santa gives you gifts that is not the reason Christmas is. in 24 of december we celebrate christmas eve. HAPPY BIRTHDAY JESUS CHRISTMAS IS NOt ONLY FOR THE GIFTS IT IS ONLY TO CELEBRATE jESUS BIRTHDAY IN THE 25 OF DECEMBER KIDS WAKE UP EARLY TO GET THE GIFTS. KIDS ENJOY THERE GIFTS UNTIL THE NEXT CHRISTMAS!!!!!!!!! (cc) image by jantik on Flickr 2002 March ... small Christmas Jesus was born in this holiday 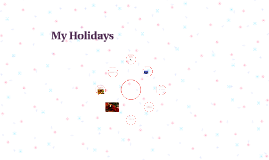 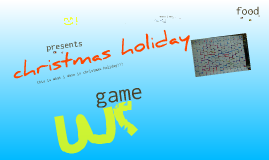