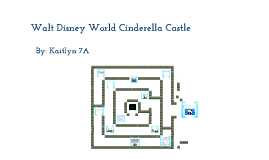 Transcript: Cinderella's Castle is one of the most reconizable attractions around the world. Since it is the icon and flag ship attraction for all Disney Theme Parks it is seen on all promotional material including tv commercials, travel brochures, childeren's toys, airline tv's, hotel chains and many more! Construction Steps The inner structure was constructed of six-hundred tons of steel braced frame construction and ten-inch-thick reinforced concrete walls that encircle the structure. Most of the exterior is a thick very hard fiber reinforced gypsum plaster that is supported by metal studs. The exterior walls of the upper towers are constructed of fiberglass. The roof is shingled and attached to light gauge steel sheeting over a steel sub frame. Despite it's appearance no bricks were used in constructing this world famous building structure. Given that centeral Florida is primarily a wetlands reigon construction crews faced a variety of challenges so that they would not affect the local enviorment. They built more than fifty miles of canals around the property to drain water away from the construction area even before construction began. By: Kaitlyn 7A Construction and Completion of Castle Cinderella's Castle was inspired by four French castles. It was constructed to withstand high windspeeds and possible hurricanes. Intended Functions of the Structure Resembles a medieval fortress or palace. The interior has murals. There are eighteen towers in verying heights and colours. There are also thirteen gargoyles on the outside of the castle. There are more than fourty coats of arms inside Cinderella's Royal Table restaurant. When the sun sets, The LED lights enhance the appearence of the castle as does the amazing firework show. Cinderella's Castle was completed in July, 1971 after about 18 months of construction. The castle is 190 feet or 58 meters tall! Promoting the Structure Cinderella's Castle is the icon of the Magic Kingdom. It is one of the most recognizable landmarks of the Disney Theme Parks and is at the center of the happiest place on earth. The castles main function is to bring people together to the center of all the fun and exitement. The front of the castle is used as a stage for shows several times a day. Visitors have access to Cinderella's Royal Table restaraunt and Bibbidi Bobbidi Boutique. When the sun sets, the castle is illuminated with LED lights. At the end of an exicting day, a firework show brings people together for a very emotional experience. Scientific Knowledge Applied by Builders Mass, Frame or Shell? Walt Disney World Cinderella Castle Why this Design? Inspiration for Design The structure I chose is Cinderella's Castle in Disney World, Florida. Cinderella's Castle is a fairytale Castle at the center of the Magic Kingdom. It is a Frame structure. Materials used in Building Cinderella's Castle. The designers chose these materials for the construction of the castle so that it could easily withstand the 175 kilometer per hour wind speeds of central Florida. A simpler design was constructed so that it could even handle a hurricane with a great deal of strength in reserve. Cinderella's Castle was inspired by a variety of real and fictional castles. The chief designer of the Castle was Herbert Ryman. Wishes Firework Show Why were these materials chosen? Features of Structure The builders and designers needed to apply many key scientific principals when designing and building Cinderella's Castle. Some of the things they needed to consider were: purpose or function of the structure stresses, forces or loads that might impact the structure how the frame structure could be manufactured, designed and reinforced best materials to use given the function and the forces how to make the structure aesthetically pleasing designing and manufacturing the structure with safety, cost and environment in mind Thanks for Watching my Prezi!!!! Hope you liked and learned some interesting facts about Cinderella's Castle 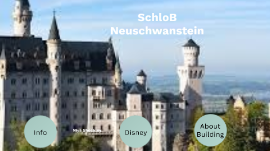 Transcript: Niya Shockley SchloB Neuschwanstein Info INTRODUCTION History Constructions Disney Neuschwanstein and Disney About Building Work on the future building site began in the summer of 1868 with up to 8 metres of stone outcrop removed to make way for the foundation Building History Ludwig was king for 23 years Tourism 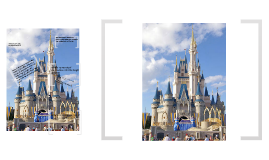 Transcript: The moat contains about 3.37 million gallons of water Walt Disney's Castle With a 6 foot deep moat and a draw bridge By Stephen Piciocco With in 18 months of construction it hit the height of 189 ft! Designed by Walt Disney Cinderella Castle was completed in July 1971 Since Walt Disney wanted this castle to be tall he ordered a group of artisians to come up with a way to make the building look taller than what it is from the ground point of view The castle had reached its point of 189' because it reached the zoning limit of Florida 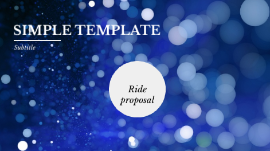 Transcript: SIMPLE TEMPLATE Subtitle Ride proposal Description Our ride is based off of the Disney owned movie, Frozen. As riders go through Elsa's castle they will see different scenes from Frozen. They will go through the castle and experience Frozen in a way they never have. details Reason #1

Transcript: disney world it's every kid's dream to go to disney world this is the castle from the cinderella movie the man who created disney world's name is acualy disney Photo credits: 'horizon' by pierreyves @ flickr Bye. did you know? So... That legend has it that the frozen body of disney himself is in the top level of the disney castle. 30 Let me give you some perspetive.... where dreams come true And Finally Here is some context. Provide some common ground. Or something from the present, that we should look beyond. Wowing template. Click through in 20 steps. this prezi was created by abigial So.... 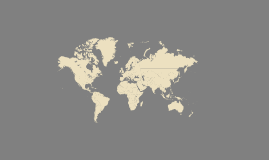