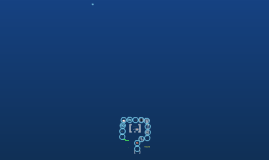 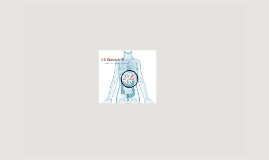 Transcript: We also incorporate several fragrance-producing genes to the CC Detect® bacteria, so that your toilet will smell wonderful as well! Colorectal cancer in the world If a user with colorectal cancer has a bowel movement, the high concentration of synthetic E. coli in the toilet water can detect the small amount of occult blood dispersing in the water and give a bright red color due to pigment production. Anyone who is concerned about their health status would be interested in our product! Study showed fecal occult blood test could significantly reduce the mortality rate of colorectal cancer. In clinical trials, when a similar fecal occult blood test is performed annually, the mortality from colorectal cancer could be reduced up to 33%, and 5-21% when performed biennially Imagine how effect it would be if it is done almost daily. CC Detect® can save lives. CC Detect ® The liquid contains synthetic E. coli with toxicity removed and genes for heme receptor from Yersinia enterocolitica inserted, and has a gene that encodes for a red pigment. Target customer: Colorectal cancer in Hong Kong 1. Bray, F., Ferlay, J., Forman, D., Mathers, C., Parkin, D.M., Shin, H.R. (2010)Colorectal Cancer Incidence, Mortality and Prevalence Worldwide in 2008- Summary, Cancer Incidence and Mortality Worldwide: IARC CancerBase No. 10. Lyon, France: International Agency for Research on Cancer 2. Centre for Health Protection, Department of Heath of HKSAR (2013, March). Non communicable diseases and risk factors- Colorectal cancer. Retrieved April 22, 2013. Retrieved from http://www.chp.gov.hk/en/content/9/25/51.html 3. CancerFund (2010). FAQ. Retrieved April 22, 2013. Retrieved from http://www.cancer-fund.org/colorectal/html/eng/faq.html 4. Abdur, R. A., Baer, M. T., Bracken, C. S., Helms, W., Stojiljkovic, I.( Use of heme-protein complexes by the Yersinia enterocolitica HemR receptor: histidine residues are essential for receptor function. 5. Mandel, J. S., Church, T. R., Ederer, F.,et al.(1999) Colorectal cancer mortality: effectiveness of biennial screening for fecal occult blood. 91:434-7. J Natl Cancer Inst CC Detect ® is a fast and easy device that can detect the presence of occult blood (blood in the feces that is not visible to the naked eyes) in the stool, which is one of the indicators for colorectal cancer. CC Detect® is a device designed for the early detection of signs of colorectal cancer . (The blood vessels on the surface of polyps and tumors are often fragile and easily damaged, which can leave small traces of blood inside the feces.) CC Detect® is a refillable device that attaches to the inner side of the toilet bowl, slowly releasing a gel-like liquid continuously when the toilet is not flushed. Who is it for? Second most common cancer in Hong Kong. In 2010, there are over 4,370 cases of CC in Hong Kong, compared with 3,210 cases in 2002. Third most common type of cancer in the world There are over 1 million cases of colorectal cancer and 500,000 deaths worldwide every year. Especially those with higher risk, including: · those who aged 50 or above; · those who have family history of colorectal cancer or colorectal polyps Key facts about colorectal cancer How does it work? Paul, Kwok Pak Wai contributed to the project idea, making the prezi, voice over, and final editing. Ken, Wong Hiu Hong contributed to the project idea, background research, making the prezi, and voice cover. Christine Wong Kit Ming contributed to the idea, prezi making and voice over. Division of Labour Thank you! Now we would like to talk about some marketing strategies in our pitch. if detected early, over 90% of colorectal cancer is fully treatable! That's why we invented the CC Detect® Once the receptor is bound with heme, intracellular signal will be sent to trigger the production of the bright red pigment by E. coli. What is CC Detect®? However... Well.. that's not even all it does health check at your toilet seat! 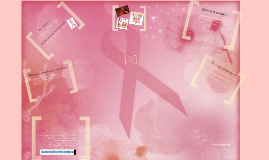 Transcript: By: Marlen Duran COLORECTAL CANCER Special Chemicals (Chemotherapy) Radiation (powerful x-rays) Surgery What are the signs and symptoms? Are there ways to prevent it? What is Colorectal Cancer ? Colorectal Cancer is caused by uncontrolled cell growth Which types of people are most affected by it ? Rectal bleeding, dark stools, or blood in stool Cramping or abdominal (belly) pain Weakness Unintended weight loss Do NOT smoke, and if you do STOP Avoid heavy alcohol use Increase your physical activity Reduce the amount of red meat you eat Drink more milk, if you can't tolerate milk eat more foods with calcium Yes! Colorectal cancer is when your cell growth in your colon, rectum, or appendix is uncontrolled. It causes the person to feel tired and sleepy often and they drop a lot of weight. Most Colorectal cancer occurs due to lifestyle and increasing age within only a minority of the cases associate with underlying genetic disorders. This type of cancer is the second leading cause of deaths in the United States. Colon cancer is also the third most commonly diagnosed cancer in the world but it's most common in developed countries over 60% of the cases were diagnosed in the developed world. What is Mitosis ? How is it treated ? Mitosis is the period of nuclear cell division in which two daughter cells are formed, each containing a complete set of chromosomes How does Mitosis relate to Colorectal Cancer ? Types of Surgeries In particular men are most likely affected by this cancer between the ages of 50 and 75, no specific color 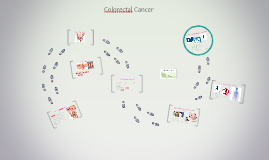 Transcript: Cancer Groups & Hospitals A diet that is high in red and processed meats. Lack of exercise, being overweight, or obese. Smoking Heavy alcohol use. Old age African-American or Ashkenzai Type 2 diabetes Having colorectal cancer or polyps before Colon Cancer Alliance The Colon Club Colon Cancer Challenge Foundation Massachusetts General Hospital What is Colorectal Cancer? Colorectal Cancer How can it be treated? What are some of the symptoms of colon cancer? Regular screening tests. Colonoscopy or a sigmoidoscopy Fecal occult blood test (FOBT) CT colonography Abdominal pain and tenderness Blood in stool Constipation, diarrhea, or a change in bowel movements Cramps, vomiting, bloating, and weight loss. Colorectal cancer, better known as colon cancer, starts in the large intestine. Stage 0: early cancer on the innermost layer of the intestine Stage 1: cancer is in layers of the colon Stage 2: cancer has spread through the muscle wall of the colon Stage 3: cancer has spread to lymph nodes Stage 4: cancer has spread to organs outside the colon What might be putting me at risk? Have regular screenings. Genetic testing Diet, exercise, etc. Get recommended levels of vitamin D and calcium Increase your fiber intake Avoid alcohol Aspirin and other drugs How is it found? How can I try to prevent getting colon cancer? Surgery Chemotherapy Radiation 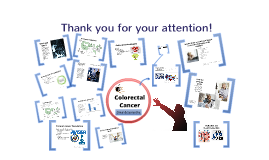 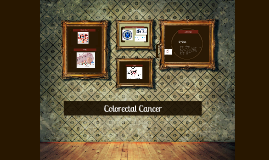 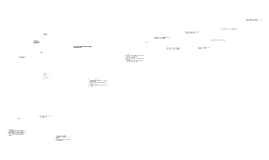 Transcript: Colorectal Cancer Inherited disorderfamilial ad- nomatous polyposis 1 in 8 cases of colorectal cancer is hereditary Inheritance of an abnormal gene Diet (not enought fibre) Growth of tissue(formed inside large intestine) bowel movements or in the general consistency of the feces abdominal pain blood in feces rectal discomfort or sensation or incomplete emptying in rectum loss of appetite pale skin head aches, and fatigue, cramps, gas pain, vomiting, difficulty swallowing weight nausem or heart burn Not contagious You can get it from family history You can get it under the age 40 Screening before symptoms have developed. Doctore will feel your abdomen to detect swelling. Stool sample & blood sample for anemia. Gloved finger inserted(rectum) tumor be felt. Rectum may be examined with viewing instrument through anus. less affluent countries traditionally live on high-fibre diet cereal fruit vegetables western diet: high meat & Animal fats low in fibre , increases the risk Age: rare under 40 common over 40 Gender: rectal cancer more common in females lifestyle: high-fat, low-fibre diet alcohal abuse obesity Screening means checking for colorectal cancer as part of routine medical care when there are no symptoms present. Responds best to treatmeant when it is found and treated as early as possible. Treatment is most effictive before the disease spreads outside the colon. Positive test could include a Colonoscopy, double contrast barium enema(x-ray of large intestine) Stool tests help identify polyps before they become cancerous If not able to form an opening ---known as stoma--- reroutes the several colon on to it. Waste is collected in a bag. This procedure known as colostomy of ten is only temporarly. Once bowl has time to heal, a seond operation reconnects the colon and rectum. There is a cure and when they do the surgery it is called a Colostomy. With small tumors the surgeon prefers to do it with a lapartomy. Removes a portion of the bowel nearby the lymph nodes. Reconnect the healthy sections of colon and rectum. Most effictive technology should be used. Fecal occult blood tests are positive and referred for definitive testing in a timely manner If you get it checked out right away you could have five years of living. If it is advanced (waited to long) you have 3 to 4 years/chance of living. If it spreads to fast and it is around you body you outlook is poor. If not you will need to have radiation. Then you will be aimed for releiving symptoms. If the rectum has been removed, a permanent Colostomy may be necessary. Where it happends Cause Diagnosis Treatment restoring and maintaining. quality of life is a central issue for physicians. hard for family members and friends as well(physicians) Definition surgery (most effective for local colorectal tumors) Programs Symptoms Outcome Body system Average Risk men and women age 50 and over have a stool test(blood test) at least every 2 years. The method People at Risk Transmission Digestive system There is a cure meeting patients emotional or Physical needs. therapies should never replace standard. valuable adjuncts when pursued along with standard medical treatment to help make stresses of cancer and its treatment more tolarable A cancerous tumor of the lining of the colon or rectum. You can recover if if the doctor can get the cancer out. Treatment Screening 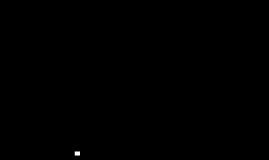 Transcript: How is it treated? How can it be prevented? What is It? Colorectal Cancer Colon Cancer Rectal Cancer Bowel Cancer What are the risk factors? A cancer from uncontrolled cell growth in the colon or rectum (parts in the large intestine) or the appendix What are the effects? Genes Family History Genetic Abnormalities