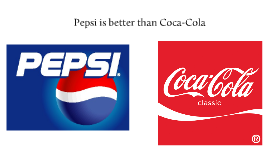 Transcript: Pepsi is better than Coca-Cola Bad things about Coke they benefit from child labor in the sugar canes of El Salvador The sugars in coke cause softness of teeth and also loss of bone mass Other ingrediants make your blood acidic, this increases the chance of cancer and other disieses In the original Coke used cocaine hense the name coca- cola Coca-cola owned Dasani stated their water came from springs when in fact it comes from a tap instead. They were then sued for millions of dollars. Pepsi is max and Coke is only zero 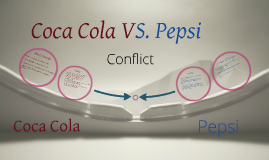 Transcript: Pepsi began selling a 12-ounce bottle for five cents, the same price charged by its competitors for six ounces in 1934 Coca Cola In 1987, after an absence of 27 years, Pepsi returns to Times Square in New York City, with a spectacular 850-square foot electronic display billboard declaring Pepsi to be "America's Choice." Pepsi brands Mountain Dew Gatorade Brisk Tropicana The brand name Pepsi began in 1902 while the drink was created in 1898 Pepsi Coca Cola used actual cocaine in their drinks (1/400 of an ounce per fluid ounce) until 1929 when president F.D.R. initiated the food drug administration. Price Change In the year 2011 the Coca Cola company was worth 156.08 billion dollars Coca Cola VS. Pepsi Facts In 1886 a bottle of coke sold for 5 cents. The bottles held 6.5 ounces of Coca Cola The price stayed at 5 cents for over 70 years until 1930. Inflation will cause these prices to continue to increase. Coca Cola brands Powerade Minutemaid Smart Water Nos Energy Drink Inflation will cause these prices to increase over time Pepsi started off costing 5 cents a bottle in 1898 but is now two dollars a bottle today in 2012 Coca Cola spends more money advertising than Microsoft and Apple combined Conflict The competition Facts In the 1950's a bottle of Pepsi cost around 25 cents Price change Coca Cola is more popular in the northern part of the U.S while Pepsi is more popular in the southern part of the U.S 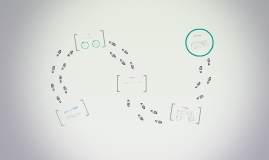 Transcript: Information Conclusion Researchers say that more people choose coke over pepsi. But in our project more people picked pepsi than coke and they kept saying they thought it was coke. We found out that people actually like pepsi better. Some problems we had were our first experiment wouldn't work so we had limited time to get this project done. Also, if we could of we should have tested more people. - Coke -Pepsi - Dixie Cups By: Brianna Hart, Devon Howland, Kendal Baker We think that people will like coke better because it's more popular. Variables Coke Vs. Pepsi Materials To find out if people like Pepsi or Coke better. First, you get two different colored dixie cups. Then, you pour pepsi into one color and coke into the other color so you can tell them apart. The people you test don't know which one is what. What they have to do is taste both of them and you ask them to describe each one and then to tell you which one they like better. Keep repeating this until everyone has done it. Pepsi: 21 people like it. They described it as sweet and more carbonated and it tasted better. Alot of people who liked the pepsi thought it was coke but it wasn't. Coke: 16 people liked it. They described it as more bitter and it burned their mouth. Procedure Purpose Control Group: Nobody knew which pop was which when they tested it. Independant variable: Type of pop Dependant Variable: What people liked Data: Hypothesis

Transcript: Subject 3 Subject 1 Conclusion Subject 2 is here Vs Subject 3 And one more thing... Thank you for your attention! 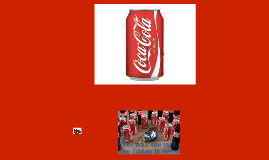 Transcript: Later in the kitchen... Not again! The winner is! that was the last, NOT AGAIN!!! the fridge is ours! poor pepsi 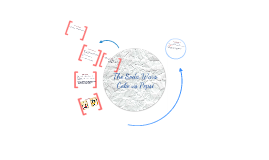 Transcript: Pepsi started something known as the cola challenge. Coca Cola was created by a man named John Pemberton and was originally a non alcoholic alternative for the wine he had made. Pepsi's History Over 3 million cokes were sold each day After years of having Pepsi only available through soda fountains he decided it would be more convenient to bottle it and so he did. Pepsi ended up winning the challenge making them the number 1 soda but that did not last long The Soda Wars Coke vs Pepsi ... Coca Cola's Beggining 1917 1885 The Cola Challenge Each person tasted each cola anonymously Wrote down which tasted better Pepsi was invented by a pharmacist named Caleb Bradham 1892 Asa Candler purchased Coca Cola He originally made it to serve to serve to his customers at the Pharmacy How did it work? Great Rivalry The War Begins After the winner was announced coke decided to create their own challenge After the challenge Outcome 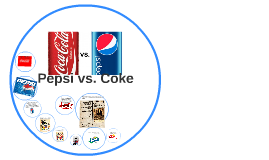 Transcript: During WWII, Pepsi amped up its advertising and started selling its drink in cans Pepsi merged with Frito Lay to become PepsiCo Stuff Pepsi owns Coke was already selling a million gallons per year by the time Pepsi started. Stuff Coke owns Pepsi vs. Coke Pepsi went Bankrupt because of WWI Pepsi went bankrupt again eight years later, but this time it rebounded Coke lauched Sprite in 1962 Pepsi is better Pepsi was created 13 years later in 1899 Coca-Cola was created in 1886 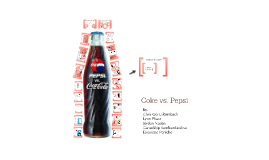 Transcript: This case study focuses on analyzing Coke and Pepsi’s history, competition, current situation, global media and market trends, as well as some of their more recent goals of corporate social responsibility and sustainability. We are seeing companies trying to create long term contracts with sugar suppliers to try and insure a steady low cost supply of this price volatile main ingredient. Many major companies have the guaranteed contracts in an attempt to hedge risks. There has been exploration into alternative packaging for drinks. New lighter weight plastic bottles are being implemented to lessen companies impact on the environment, and to, at times, dramatically cut costs. At the end of 2010 Pepsi and then Coke bought the large majority of their bottling network in an effort to try and cut costs. In both cases they were huge deals for Billions of Dollars, but each year the companies are saving hundreds of millions in cut cost. International Marketing Coke Emphasis on supporting the music industry, trying to gain appeal with the younger generation. In the past, Pepsi has sponsored several “Pepsi Smash Concerts” and even partnered with the WB for a televised six part concert series in 2003. Pepsi is currently sponsoring the X factor Plasters the slogan “Where there’s Pepsi, there’s music!” Differing Strategies Ingredient driven Obstacles in global expansion Introduced in 1898 as "Brad's Drink" by Caleb Bradham Pepsi has used over 60 different slogans since its beginning The "Pepsi Challenge" was its most successful marketing campaign in 1975 Pepsi has sponsorship deals in international cricket teams such as Pakistan. In July 2009, Pepsi started marketing itself as Pecsi in Argentina in response to its name being mispronounced by 25% of the population and as a way to connect more with all of the population. Tianfu Cola lobbied to protect local brands Wahaha pushed Future Cola ‘Chinese Cola’ 2000: market share 15% this is why hes dumb Current Company Image Created in China, in 2006, participants had to write and post their screenplays for Pepsi spokesman and famous pop singer Jay Chou. Chinese online users voted on their favorite submission, and the best entry was adapted and produced as a TV commercial. In the end, 28,000 Internet users submitted scripts, 690,000 posted on boards, and 5 million users voted online Shaun Rein, founder and managing director of The China Market Research Group: “The reason why digital interactive marketing campaigns like the Pepsi Creative Challenge work is that they add value by creating a mechanism for consumers to get involved" Today's Market Superfruits CONCLUSION Coca-Cola has a long history of sports marketing relationships, including sponsoring the MLB, the NFL, NBA, and NHL, as well as the FIFA World Cup. Coke selected "Wavin' Flag"as the centerpiece of its $300 million campaign for the 2010 FIFA World Cup Management Conflicts water stewardship: reduce, recycle, replenish energy efficiency - climate protection: reduce, refuel, regeneration sustainable packaging: reduce, recover, reuse healthy communities: economic opportunities, corporate giving, education, HIV/AIDS, disaster relief, environmental initiatives Strengths -Coke owns 4 of the top 5 selling Carbonated beverages,Coca-Cola, Diet Coke, Fanta and Sprite. -They own over 400 brands in 200 countries or Territories -Coke has a huge international presence, enjoys a “head start” over pepsi in lots of the developing international Markets -Pepsi as a competitor to boost their production and performance Weaknesses - During this economic downturn Drink companies are struggling to make the same profit margin with increased input prices with a demand for a stable price. Opportunities -Cokes biggest opportunity is increasing their flagship Coke carbonated drinks in the growing South Asia and South America markets. -It is paying to continue to gather new brands and drinks that appeal to different people. Threats -Competition from Pepsi -Fluctuating sugar prices Current website boasts images of vintage ads Uses language such as "heritage." The Pepsi Cola Trademark Resistance from Local Brands Industry History Consumer Expression Differing Strategies Expansion 3,500 + brands, 700 plants Low soft drink consumption 144 bottles annually vs. 462 in the United States Branched out to produce food products and purchased fast food chains such as Pizza Hut. Both Coke and Pepsi compete for relations with fast food chains for exclusive serving rights. Coke established ties with Disney, McDonald’s, and Subway, while Pepsi holds relations with “Tricon,” Taco Bell, KFC, and Pizza Hut. Pepsi also had more of an emphasis on marketing in retail outlets while Coke has focused on fountain sales. By: Chris Gertz-Rombach Lynn Pham Jordan Nason Camolthip Sambandaraksa Emanette Peniche Tubainas: cheap and carbonated beverage sold throughout Brazil The history of “soft drinks” starts in Paris where vendors sold a "lemonade" like mixture on their backs