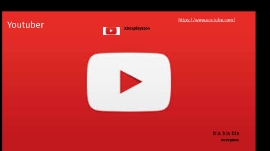 Transcript: everyone https://www.youtube.com/ bla bla bla Xboxplayz554 Youtuber What I need to do Agenda Make videos Upload Watch the videos Executive Summary Executive Summary A Youtuber is a person who plays games then comantates and posts them on a media cite called youtube Get to know me Company Intro Im a youtuber I play games You guys watch Everyone is happy Responsibilities My primary responsibilities are Uploading on time Being funny Making the content approprite Keeping the content safe Makeing the content enjoyable Requirements Skills and abilities Personality traits Good at comintary and good at playing games Funny,Good eyes for the games ;} Employers The Quick summery you hire yourself and if you make good enough content you can get hired by youtube Employment growth is really high because its allcually get money based on how you do in youtube Objectives A youtubers main study is mainly tech because you need to know hoe to plug in everything You dont have to work a certain amount of hours and you dont have shifts and you dont have to travel You get money depending on well you do Heres the game paln The positive features are money you get to play games, You have to be good at what game you play Negative features are stress and h8 from some people Youtube and twitch are some examples of good gamers Twitch and youtube red First Action First Action Make Videos Second Action Second Action Upload them Third Action Third Action Watch them and reply to commets Next Steps What I will Do Invest in good tools Make good videos Have fans Next Steps AND ME AND THATS YOUTUBE 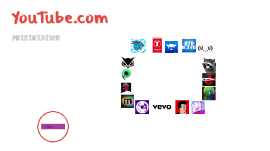 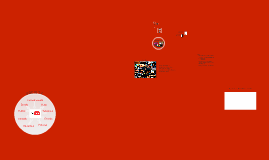 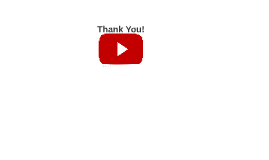 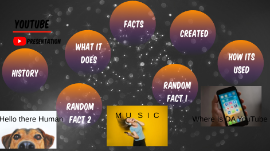 Transcript: Youtube Presentation Where Is DA YouTube M U S I C Hello there Human history History Launched in 2005 when 3 people who worked for Paypal and one day realized there wasn't a place to share videos…Jawed Karim, Steven Chen,and Chad Hurley. What It Does What It Does YouTube is a video sharing service where users can watch, like, share, comment and upload their own videos. The video service can be accessed on PCs, laptops, tablets and via mobile phones. Facts Interesting Facts >-<Every minute,500 hours of videos are published. >-<Has over 2 billion users. >-<First video uploaded April 2005 >-<Most visited site in the history of the internet created Date of creation February 14, 2005, San Mateo, CA how its used How is it used For many young people, YouTube is used to watch music videos, comedy shows, how to guides, recipes, hacks and more. Teens also use the video-sharing service to follow their favourite vloggers , subscribe to other YouTubers and celebrities they are interested in. random fact 1 Most Subscribed Channel PewDiePie is the most subscribed Picture random fact 2 Most Viewed Video "Despacito" by Luis Fonsi featuring Daddy Yankee is the most-viewed video on YouTube with over 6.5 billion views as of January 2020. 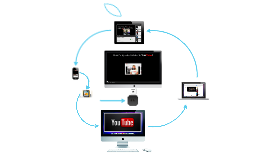 Transcript: Click Here Hurley studied design at Indiana University of Pennsylvania Jawed Karim When YouTube was launched? Chen and Karim studied computer science together at the University of Illinois at Urbana-Champaign Currently is located in San Bruno, California,United States Google ET 500 Class Directed By What is YouTube? Thank You For Watching Where they Invented YouTube? Jeffrey W. Bauer Ph.D. James E. Gall, Ph.D. The YouTube founded by The first YouTube video was (Me at the zoo) Haitham Hadidi Who created YouTube ? Steven Chen & What is first YouTube video? In late of 2006 YouTube owned by Chad Hurley, How to upload a video to YouTube? Instructors YouTube launched in February 14,2005 YouTube is a video sharing website, also users can raise,watch, share video clips and Music video for free The headquarters were situated above a pizza and Japanese restaurant in San Mateo,California,United States 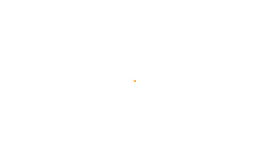 Transcript: First Video Ever "Me at The Zoo" was the name of the first video uploaded on YouTube. It was uploaded on April 23rd, 2005. Some people can make make money from YouTube depending on how many subscribes they have and how many people watch their videos. This video has more information about how people make money from YouTube. When It Was Created How It Started Popular YouTubers YouTube was created in February 2005 to create, share, and watch videos. Safety By: Denice & Fernanda YouTube is a fun website, but it can also be dangerous if you reveal something that is too personal. Some things to NOT reveal on YouTube are your address, what school you go to, your full name, etc. These are the top 10 YouTubers of 2016. Why They Created It At first, YouTube was supposed to be just a "How To" website but eventually, it became more of a social site. It is also used for education and entertainment. It is used all around the world for different things. Citations YouTube was created by three people. The people that created YouTube were Steve Chen, Chad Hurley, and Jawed Karim. They all became billionaires when they sold their invention for $1.65 billion. Our question was: How and why was YouTube created and how does it help people in their daily lives? Careers on YouTube History of YouTube Question They created YouTube because they thought it would be a more simple way of sharing videos worldwide. Bellis, Mary. "YouTube Inventors and Founders Profile." About.com Inventors. About.com, 2013. Web. 12 Mar. 2015. "50 Awesome YouTube Facts and Figures - Jeffbullas's Blog." Jeffbullass Blog RSS. Jeff Bullas, 09 May 2011. Web. 08 May 2015. "How Do I Make Money on YouTube?" YouTube. YouTube, 10 June 2014. Web. 16 May 2015. "Me at the Zoo." YouTube. YouTube, 23 Apr. 2005. Web. 16 May 2015. "10 Fascinating YouTube Facts That May Surprise You." Mashable. Amy-Mae Elliott, 19 Feb. 2011. Web. 12 Mar. 2015. "Track YouTube, Twitch, and Instagram Stats & Grow Your Channel!" Top 100 YouTubers Filtered by Subscribers. Social Blade, 2008. Web. 10 Mar. 2015. "Why Was YouTube Created." WhyCentercom. Why Center, 2012. Web. 10 Mar. 2015. How People Use It 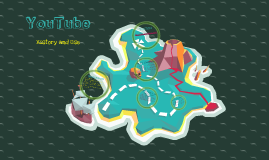 Transcript: http://www.youtube.com/ In the Classroom YouTube is relevant in a K-12 classroom because technology use is always increasing. If a teacher uses YouTube in their classroom, it shows that they are trying to connect with their students and engage them in a different way. YouTube YouTube Background Teachers can use YouTube in the classroom in a variety of ways. -Teachers can use YouTube to help make a subject more relatable to students' everyday lives. -Teachers can also use YouTube to enhance their lessons or teach concepts in a new way. In the Classroom Students can also use YouTube in a variety of different ways. -Students can create videos and post them on YouTube for class projects. -Students can also use YouTube to enhance their own presentations. Relevance in the Classroom -Started February 14, 2005 -3 PayPal alums began working on a website like "Flikr or HotorNot for video." -December 15, 2005: YouTube officially debuts -October 9, 2006: Google buys YouTube for $1.65 billion -October 12, 2009: YouTube passes one billion videos per day. History and Use