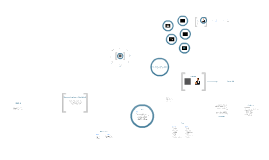 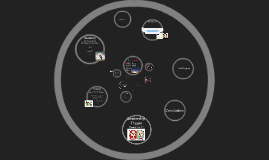 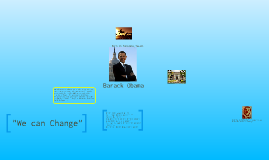 Transcript: Barack Obama Birth date:August 4,1961 Full name:Barack Hussein II Career:Politics. Job:President Of the United States. Homestate:Honolulu,Hawaii College:Columbia University,Harvard law school. Political Party:Democratic party Barack Hussein Obama II is the first african american president.in history of all of the presidents.he is the 44th president.After living in hawaii he was moved to Kenya. He proved to alot of people that he can make a change....after living in kenya he moved to back to hawaii. "We can Change" Back then probably about a few years a ago he was the senator of Chicago. Studied at harvard Born in Honolulu,Hawaii 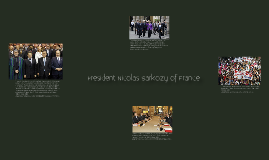 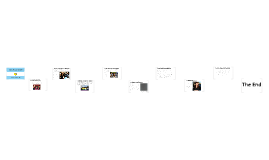 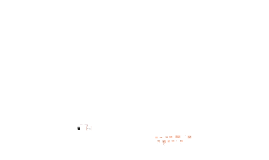 Transcript: de-stress broken marriages and make divorce acceptable on society increase the safety and benefits of workers helped young females as well as distressed mothers by making abortion acceptable by law, making their futures brighter gave equality to different gender roles and made it acceptable to society to be different he fixed the crack between Canada and made the English Canadians and French Canadians embrace the beauty of staying together the idea in society of the major hatred between English Canadians and French Canadians slowly diminished Pierre helped China to be recognized as a legitimate government who mostly were celebrities September 28, 2000. April 20, 1968. I don't accept an excuse from students who say they can't learn because they haven't got great teachers and because the teachers don't spend enough time with them. I think the basic fault is that the students don't spend enough time with their books " made sure to change the law as he sees fit for everyone - made sure it made everyone feel equal and safe plan for the future I am a quebecker. I am a french Canadian with all my heart. However, I am also deeply and irrevocably a Canadian. I am convinced that one does not prevent the other. Pierre Elliott Trudeau was born in Outremont located in Montreal to Joseph-Charles-Émile Trudeau and Grace Elliott Trudeau. Key Leadership Value direction 1919 - 2000 These were Pierre's "education" years. It was the years when he attended Harvard, Universtiy of Montreal to earn a law degree, Paris (to study École des sciences politiques, London School of Economics (in Britain), and a backpacking tour of Eastern Europe, and middle and Far East (areas of considerable turbulence in the post-world war world). & Had an official look which was always wearing a lapel Motivated and Head Strong many selflessness wear capes and floppy hats when other politicians would never dare to able to loosen up and "have fun" able to show his true personality, does not hold back does not care about other people's opinions and just does what he thinks is fun, and what makes him happy his confidence is pretty high Peace the end in mind (1983) pierre launched a "Peace Initiative" traveled to Europe, Asia, and Washington spoke to government leaders advocate several measures relating to disarmament " It was a sad day for Canadians all over Canada. Pierre, the charismatic strong headed prime minister had sadly passed away. He had suffered from Parkinson's disease, but the real reason for his death was Prostate cancer. "with a great potential for eduation comes great responsibilty" Bibliography { Pierre had won the leadership of the Liberal Party, and had started "Trudeamania" within the youth (due to his good looks). find more ways to help improve relations across the world Pierre was not like other politicians. He was known as a weird and wacky person. He was known for canoeing in white rapids as well as... love taking selfies Pierre decides to officially step down as Prime Minister for retirement. He returns to practicing law, traveling extensively and publishing memoirs. Canada's Patriation from Great Britain (1981) he was able to put himself in another person's shoes embraced a quality that others couldn't have embraced treated them as he would treat others; giving them the same judicial treatment to make them feel as important as others in the community Key Leadership Qualities sliding down banisters instead of using stairs April 6, 1968. October 18, 1919. he took the initiative to... Pierre Trudeau among us was his greatest contribution. Joseph Philippe Pierre Yves Elliott Trudeau Fun Facts About Pierre he was also known to The year after Pierre's big projects (like the Charter of Right and Freedoms) were complete, or in other words, Having accomplished his goal of strengthening Canadian federalism, Pierre turned his attention to international affairs, campaigning for world peace and improving the relationship between the industrialized nations and Third World countries. Education " I want to seperate sin from crime. You may have to ask for forgiveness for your sins from God, but not from the Minister of Justice. There's no place in the state for the bedrooms of the nation. take on and commit to more responsibilites be very photogenic initiative Pierre had strong beliefs about the freedom of individuals. He argued throughout his life that nationalism was fundamentally racist and a threat to individual freedoms. He held his philosophy of one Canada and a strong federal government. Many Canadians adored him for all he had done to Canada. Who is my world leader? a.k.a a wealthy Montreal suburb 2 of the most important actions done by Pierre during his time as Prime Minister are: proactivity Key Leadership Value Equality 1983 many Humility He is known best for doing pirouettes behind the Queen approached other government leaders to educate them on the value and idea of peace wonderful thing that contains no shortcuts June 30, 1984. 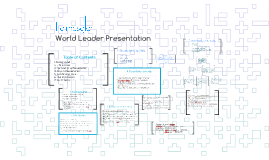 Transcript: World Leader Presentation + Gates learned how to hack the program on computer system since he was 13 years old. + Gates was quick to understand the new market conditions and the impact of the Internet on Microsoft. + He is an intelligent people who has an ability in business. + Gates is a master of his subject and his knowledge, never questioned. + He deployed productivity software as well as authority tools. 1. Background 2. Life Stories 3. Context of Achievements 4. Keys Achievements 5. Leadership Style 6. Our Impression 7. Six Criteria + Gates learned to treat software as his own business. + Microsoft Accessibility is a potential vision of computer programmer like Bill Gates. + Gates wants the world connect together on making life a lot more easier. + A computer on every desk and in every home. + Aiming people to know about the world and learn to help. 7.2 Expertise + Inspiring the era of the home computer + Commercialising the operating system + Launching Window 9.5 + Giving his money away to the foundation and other charities + Becoming the richest man in the world 5. Leader Ship Style 7.1 Vision + Gates participates with his employees and advise the process. + Bill Gates is believed as a honest man and having a good morals which set him up for achieving future success. + Towards people he shows a great variety of hard working and getting the best result. + His powerful words ‘ Leave the world a better place than you found it. ‘ world-widely show epic of proportions. 7.4 Exceptional Planning Ability 3. Context of Achievements + Gates explained his perspective at the Internet World Conference. + Gates develops the first software due to his fast learning talent. + He gives away some parts of his own money to help and bring the world as one. + Gates has an amazed sense of sharing by bringing peoples opportunities. + Gates inspire the education and he is a sociable person. 7.6 Integrity Table of Contents 7. Six Criteria of Bill Gates + Gates engages himself with the business and becoming a leader. + Gates tries every single steps to achieve and be who he is. + He believes in the hard working habit to improve himself. + The movement by Gates brings him benefits to become a market leader. + Never give up on every failure he has experienced. - While BASIC was designed in 1963, it wasn't until Gates and Allen produced a version for the Altair 8800 that it really started to fly. - In 1980s,the later version went on to spark the home computing boom which every houses can easily access to the computing system. - Windows 95 was then built to replace MS-DOS and enabled revolutionary features such as multi-tasking. - After his foundation has been established in 2000, the foundation spend the budget on the global education and health initiatives. - In 2009, Bill Gates becomes a young richest man whom name is on Forbes List. + Gates has personally ability to draw his outline. + He is ideally planning every of his work plan. + He concentrates on his own vision and won’t change easily. + Gates has a very strong perspective on computer programming. + He always think in advanced on every projects. Teacher: Winchell Mendes SITXHRM402: Lead and Manage People Block Code : C4CC09HFW2 Present by : Ching Wen chen __ 100538753 Solina San __ 100540673 4. Keys Achievements 7.4 Self Development + Task Oriented + Autocratic + Delegation + Transformational + Personal Powers + Skills 1955 : Bill Gates was born in Seattle, Washington. 1967 - 1968 : Enrolled at Lakeside School and he first began programming with Paul Allen. 1973 - 1975 : Entered Harvard University and started Microsoft in Albuquerque, New Mexico. 1976 - 1979 : Operated the Microsoft Company and moved to Washington State. 1994 : Get married to Melinda Gates in Hawaii. 2008 : Left his daily job at Microsoft. 2014 : Stepped down from chairman position and began serving as technology advisor 7.3 Ability to unite and inspire + Personal Gates Notes, The Gates Notes LLC https://www.gatesnotes.com/ + Pulse.ng , October 2015 http://pulse.ng/entrepreneurship/pulse-list-the-5-greatest- achievements-of-bill-gates-the-richest-man-alive-id4303287.html + Centre for work life, Intelligent Outcomes for success, viewed 14th of May 2014 http://www.centerforworklife.com/leadership-qualities-bill-gates/ + Source of insight, http://sourcesofinsight.com/lessons-learned-from-bill-gates/ + Robert H. P.52 , Bill Gates, 1932-2000 + Bill Gates Biography Editors, Bill Gates Biography, viewed 1st August 2016 http://www.biography.com/people/bill-gates-9307520#synopsis + Einstein David (January 13, 2000), "Gates steps down as Microsoft CEO". Forbes. + Retrieved January 21, 2016.https://en.wikipedia.org/wiki/Bill_Gates + Des. 2010, 10 Secrets of the World's Richest Business Leader, The unauthorized guide to doing business the Bill Gates way + Bill Gates Biography, Bill Gates Achievements, viewed 23th November 2009 http://www.achievement.org/autodoc/page/gat0bio-1 + Slide Share, February 2014 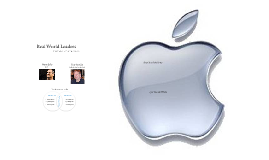