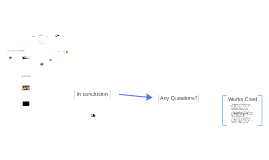 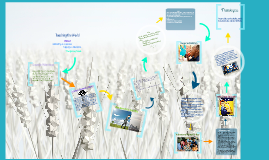 Transcript: Short Term: Overall support renewable energy developers and drive down the cost of clean energy for everyone. Long Term: Reduce carbon emissions and save people from having to expend non-renewable energy sources. Waste Already- reduced its operational waste by 80%. Walmart could reduce operational waste to 100%. •improving their recycling system •donating food •turning expired food into animal feed Short Term: Return more than $231 million to the business, which provides the equivalent of 264 million meals to hunger relief organizations. It would also save food from going to waste while providing nourishment for animals. Long Term: Has the potential to prevent 11.8 million metric tons of CO2 emissions annually. Product Already- sold $1 billion in food sourced from 1 million small and medium sized farmers while also providing training to 1 million farmers and farm workers in crop selection and sustainable farming. Walmart could form stronger direct partnerships between farmers and markets. •reducing food waste •motivating farmers to optimize production •sustaining source key agricultural products Short Term: Strengthen local farmers and economies, increase the income for small and medium sized farmers from 10% to 15%, and provide our customers access to affordable, high-quality food. Long Term: Improve and forge long lasting business relationships with those individuals. •Walmart is involved in the “Fighting Hunger Together “ Initiative •At the end of 2012, Walmart had a “12 Days of Giving” holiday event. •Walmart and The Walmart Foundation sponsors and donates to “The Second Harvest Food Bank of Middle Tennessee” •Walmart has a “Golden Spark” campaign. •Walmart educates and train people on how to prepare healthier meals. •Walmart donates food to schools to improve nutritional meals students consume. •In the long run, Walmart should expand their food pantries and donations all across the globe. Wal-Mart has a "Welcome Home" commitment, which is to hire 100,000 Veterans when they come home “"Hiring Our Heroes" job fairs” where employees can recruit veterans Entrepreneurship Bootcamp for Veterans” which is a way to help troops who are back get adapted to life after being in war for some time. The Goodwill Industries International is a foundation where Wal-Mart donates $1 million dollars to Goodwill so that they can hire veterans and their families. The veterans green jobs is the Wal-Mart foundation which has given away $1.25 million to help establish job training sites to train veterans so that they can find jobs. The last program, swords for plowshare, which has received 750,000 from Wal-Mart, is specifically for job training in California for veterans The Giving Hand Presented By: Jeanite Simplice, Janelle Irons, Lucie Louis, and Cole Havrilesko Corporate philanthropy is the charitable giving and volunteering that a company does that meets part of its felt citizenship responsibilities. (Burlingame, 2004) This is also referred to as “Corporate Social Responsibility” (CSR), or “corporate giving.” Veterans and Military Families Energy Already- 180 renewable energy projects in operation or development which generates enough energy to power 78,000 American homes annually. Walmart could test more and scale more renewable energy projects. •Solar power •Micro-wind •Biodiesel generators •Fuel cells •Changing the way they obtain power through long-term power purchase agreements Walmart Celebrating our successes. Mapping our milestones. Thank you Environmental Sustainability Current Philanthropic activities 70% of the world population in poverty is women. Majority of these women can’t read or write even though the majority of households are housed by women. Through Walmart's Global Women's Economic Empowerment Initiative, Walmart will help provide more training, market access and career opportunities to nearly 1 million women. Experience Walmart's History Hunger and Nutrition Touching the World Women's Economic Empowerment Corporate Philanthropy On July 2, 1962, Sam Walton opened the first Walmart store in Rogers, Ark.1969The company officially incorporated as Wal-Mart Stores, Inc.1970Walmart became a publicly traded company. The first stock was sold at $16.50 per share.1979The Walmart Foundation was established.Decade of FirstsIn the 1980s, the first Sam's Club opened, serving small businesses and individuals, and the first Walmart Supercenter opened, combining a supermarket with general merchandise. Encouraging Independence Fostering Education Creating opportunities 1993 Walmart celbrated its first $1 billion sales a week. 2002 For the first time, Walmart topped the fortuen 500 ranking of americas largest companies 2012 Walmart celebrated 50 years of helping people save money so they can live better. The company employs 2.2 million associates worldwide and serves 200 million customers each week at more than 10,000 stores in 27 countries. 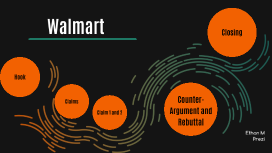 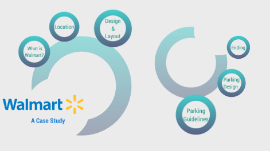 Transcript: A Case Study What is Walmart? Walmart is an American multinational retail corporation that operates a chain of hypermarkets, discount department stores and grocery stores. The company was founded by Sam Walton in 1962 , and now it has expanded to become the largest retail store in the world with more than 11,718 store around the world. Walmart has always been a record breaker, both in revenue and employment. History of Walmart The science behind it Location Selection Location The Factors Factors Affecting Location Selection Planning the location of the facility is a science by itself, because good planning means a bright future for the company. Factors that should be considered when planning the Location : Competition , Traffic Patterns , City laws , Suppliers , distributors and demographics. Demographics The Role of Demographics Demographics played a critical role in the selection of Walmart stores, Many studies have been made Concerning the population in the desired area, Thus allowing Walmart Management to know if the site is suitable for establishing a Walmart store or not. Age, gender And income are the most important demographic factors affecting selection decision, thus Walmart have conducted multiple studies concerning these factors, and found out that the average Walmart shopper is: 51 year old , female , with an annual income of 56,842$. The Average Shopper Who Shops at Walmart? The Configurations used. The Design and Layout Design & Layout Layout options and circulation Layout options & circulation Walmart has used the mixed floor plan , which incorporates the 3 types. Circulation is done by arranging the products so the hypermarket can control the flow of customers as they desire. Floor plan layout Aisle width: Taking in consideration the large number of customers that might be at Walmart simultaneously , an aisle width of 3 meters has been used , which accommodates 2 trolleys and 2 customers passing by at the same time. Shelves Design : The shelves were designed to accommodate the 5th percentile of the height of American women, with an easy reach of 180-185 cm. Aisles and shelves Aisles and shelves design Shelf stacking sequence Shelf stacking sequence: Upper shelves: For premium foods. Middle shelves: Called bull's eye zone. Lower shelves: Children friendly products. Parking Design Parking Guidelines Guidelines Guidelines for parking design Parking is one of the prime convenience advantages of any retail store, thus Walmart has put alot of emphasis on the design of their parking lots. The shopper wants a space he can find easily, with a minimum of difficulty in moving around the parking area, and one that is located near the store. Parking Design of Walmart A comparison Parking Design Parking Design Parking Design Parking Size spaces Parking space dimensions Walmart Parking space dimensions: Stall width : 2.7 meters ( 8.85 ft ) Stall Depth: 5.7 ( 18.3 ft ) This figure shows the standard parking arrangements and angles for parking lots. Walmart has used the first configuration , since the 90 degree angles is the most effecient for space utilization, and the two way parking lot, since we are limited by the space available. Parking lot aisles and angles Arrangement of the parking spaces Disbaled parking requierments Accessible parking must be conveniently located near a main accessible building entrance, via the shortest accessible route. The number of accessbile parking spots in walmart's parking lots are 2% , which equals approximately 12 spots in the following parking lot. The parking lot Thank you ! By: Ahmad Sharawi Ammar Alshawwa Tariq Jabri Ending 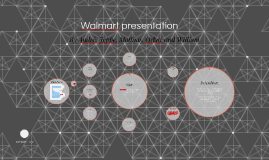 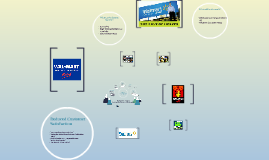 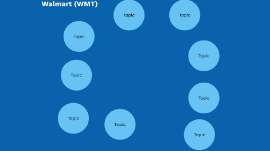 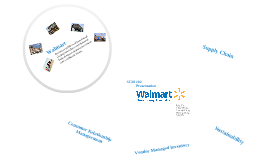