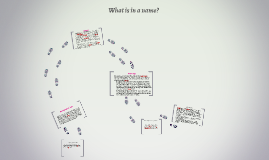 Transcript: Background info marriage Jonathan started his career in rugby union at amateur level with Trimsaran, later recruited into rugby league by Jim Mills and Doug Laughton. He would later return to rugby union. He started school at Trimsaran Primary School, where he was part of the Welsh medium class. His teacher Meirion Davies introduced him to rugby, and he started playing Sevens. He went to Gwendraeth Grammar School, where he met his first wife Karen Hopkins who he married ten years later. In 1974 Jonathan played for the very first time at Cardiff Arms Park, when he was chosen for the West Wales Under 12s. When Jonathan was 17 he left school to become an apprentice painter and decorator. After he was at Trimsaran RFC, he was given a trial with Llanelli but was rejected. Neath gave him another chance and he signed with them in 1982, selected to play at fly-half. Davies's parents left Trimsaran and moved to Cardiff so that they could help their son raise his young family. Since retiring from rugby, Davies' cross-code technical knowledge of rugby tactics has enabled him to gain media work commentating and reviewing rugby games in both codes. He has worked as a television pundit for the BBC covering both rugby codes, in both the English and Welsh languages. Since 2004 Davies has hosted his own rugby themed chat show, Jonathan, on S4C, usually before Welsh international matches. He is an active supporter of Wooden Spoon charity. Davies was also the President of Super League side Crusaders, until 2009, when he was replaced by David Watkins. Davies passed his Eleven Plus and went to Gwendraeth Grammar School, where he met his first wife Karen Hopkins. The couple married ten years later, and had three children Scott, Grace and Geena In August 2002 Davies married his second wife Helen in Cardiff. She was formerly part of the Welsh dance troupe the DCD Seniors, who reached the semi-final of Britain's Got Talent in 2009. Davies and Helen have one child Molly. The best man role was taken by his long-time friend and ex-rugby union player Ieuan Evans. In January 2014 it was reported that Davies had ended his second marriage after 12 years. Davies is reported to have walked out on his 35-year-old wife, saying they had 'grown apart' and insisting no-else is involved. origin of my surname The origin is for Whales. There are traces of the name that go all the way back in to the 10th century in Whales. The Davies started to migrate to America towards the 17th century. interesting facts about my surname Career My surname was owned by one of the Kings of England around the 1000 century. My last name was owned by David Ap Gryffydd, who was the last prince of North Wales, who was executed by King Edward I of England. My family motto is Heb Dhuw heb ddym, Dhuw a digon, the translation is Without god without anything, God is enough. What is in a name? Jonathan Davies was born 24 October 1962 and is 51 years old. He is 5'9” and 170 pounds, he represented wales from, 1985 to 1997. he played for Neath from 1982-1988, then for Llanelli from 1988-1989, then for Cardiff from 1995-1997, that was when he was an outside half. An outside half is someone that waits for the ball to kick up the field, to be an outside half you have to be skilful at passing the rugby ball and kicking it, and Jonathan Davies was a great kicker. After Rugby 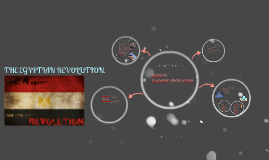 Transcript: Khaled Sayed, he lead the leftist justice and freedom youth group. Mahmoud Sami, the top leader of the April 6 movement Mostly depended on social media such as: Facebook. Twitter Group Members Positive: Dictator Hosni Mubarak was thrown out of office. The Egyptians were able to voice their opinions about the government openly. The Egyptians had more freedom. Negative: Egypt is still a very unstable country. They elected a president (Muhammed Morsi) then they didn't want him as president any more. Since January 25 corruption in all orginazations still exist. Goals Long Term Effects The revolution ended relatively quickly. The military will remain the power even after parliamentary elections in August. Short Term Effects The Egyptian people wanted: To have a responsive government. A honest government To be able to voice their opinions in public. To end police brutality. democratic political system. A better economic system with more jobs. The Egyptian Revolution took place in Egypt , which is located in northern Africa along the Mediterranean and Red Sea. Egypt is known for its ancient history, desert landscapes and large pyramids. The revolution started in Cairo's Tahrir Square On January 25, the revolution started. February 11, Hosni Mubarak the president steps down and turns power over to the military. June 16-17, Egyptians vote between Morsi and Shafiq. June 30, 2013, millions of Egyptians demonstrate, calling for Morsi to step down. July 1, 2013 Egypt's powerful military gives both sides 48 hours to make their decision. THE EGYPTIAN REVOLUTION. Key Events Background Information The Egyptian Map Leaders Tactics Aodai Ali Nusaybah Abdul-khaliq 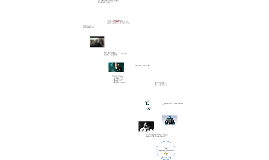 Transcript: Yesterday we talked about what a hero was, what qualities they have, and some examples of heroes (real life & fictional) Let's review what we said... The Odyssey is an epic. What in the heck is an epic??? long story in poem form has a hero- tells a journey contain info from the culture The hero in an epic is the "epic hero" traits (not entire list): larger than life qualities natural leader appealing to the opposite sex defeats bad guys has good on his side often stands alone in battle Part One of The Odyssey: Story of Odysseus' long & dangerous journey home from fighting in the Trojan War. The Trojan War (historychannel.com) -10 year war that begins after Helen of Troy (of Sparta) runs away to be with the Trojan prince Paris Her husband (scandalous) sends his warriors to go get her back- Odysseus is one of these men war ends when this happens... In this unit, we will do the following: 1. Answer the essential or big question- Do heroes have obligations to the people? 2. Explore the hero's journey via part one of The Odyssey and apply what we learn to a current epic tale The Odyssey by Homer Stuff you need to know 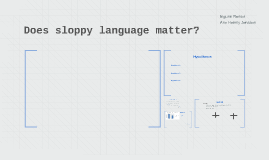 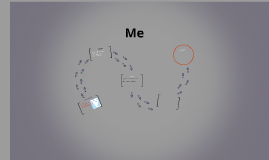 Transcript: I played football my freshman year. Im a junior Mexican food is the best. Mexicans don't like taco bell. Background Info Dream/Goal Conclusion My parents are mexican . i was born in the U.S. I lived about five years in mexico till we moved back to U.S. Lived about five years in California. Moved to Florida around when i was 10 years old FACTS To be the first person in my family to graduate from college. I want to be the owner of my own restaurant. Me 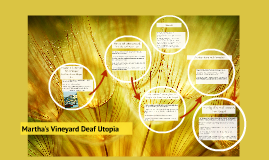 Transcript: When was Deaf Culture Established, What Was Sign Language Like? What did the Deaf Community Do in the Vineyard, What Schools Were in the Vineyard? -After the 1840s, people were drawn to California, and during that decade 14 deaf children were born in Chilmark, which had a population of about 350 -The deafness also ended because the gene pools on the island finally expanded -Around the 1870s the town's population was about the same, but only one deaf child was born there -After children started attending school in Hartford, some married classmates from there -In the late 19th century, Martha's Vineyard became a summer vacation spot, ruining the deaf community bringing in people who did not belong in their community Sources -History of Vineyard. N.p., 1999. Web. 29 Sept. 2013. <http://history.vineyard.net/lambert.htm>. -Eugenics Wiki. N.p., n.d. Web. 29 Sept. 2013. <http://www.conservapedia.com/ Eugenics>. -Blogs 4 History. Blogs 4 History, 29 Apr. 2012. Web. 29 Sept. 2013. <http://www.blog4history.com/2012/04/ marthas-vineyard-a-history-of-deaf-equality-on-a-little-island/>. -Everything 2. N.p., 11 Nov. 2001. Web. 29 Sept. 2013. <http://everything2.com/ title/Deafness+on+Martha%2527s+Vineyard>. -"Martha's Vineyard." Destination 360. N.p., n.d. Web. 29 Sept. 2013. <http://www.destination360.com/north-america/us/massachusetts/ marthas-vineyard>. -With the population of deaf individuals high, the hearing individuals picked up sign language, and learned to sign too -American School for the Deaf opened in Hartford, Connecticut, it was not in the Vineyard but many deaf children attended it from Martha's Vineyard -No person was excluded from any school in the Vineyard -In the Vineyard hearing and deaf were all taught how to read and write the same way Martha's Vineyard Deaf Utopia Background info, Where Was Martha's Vineyard? What Was Martha's Vineyard like? -Culture was establish around the mid-17th century after people settled on the island -The Vineyard had their unique language which was a mixture of spoken words, sign language, and gestures that created a fluid way of communicating -In Martha's Vineyard deafness was not considered a disability in any way, shape, or form -The deaf community in the Vineyard were treated fairly unlike any other part of the world -Jonathan Lambert was the first documented deaf individual -Nora Groce, who wrote a book on the Vineyard, she was a keypoint person after the community ended -Alexander Graham Bell investigated the rate of deafness in the Martha's Vineyard, he concluded deafness was hereditary there - -Martha’s Vineyard is on Nantucket, which is a small island off the southern coast of Massachusetts -Now it's an attractive tourist attraction -It was populated by English immigrants in the mid-17th century during a time when British settlement was going full force -Martha's Vineyard was located in a very isolated area The ending of the Deaf Community in the Vineyard Key People in the Deaf Community? 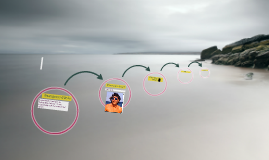 Transcript: Roland Kuster Why were they chosen? Background Info Roland Kuster was born in Switzerland and had a close relationship with his mother and sister. Who were they? Step 5 Step 4 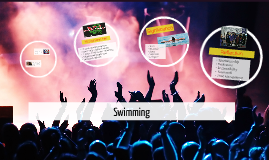 Transcript: Sportsmanship Dedication Responsibility Teamwork Time Management State Sectionals Zones Nationals College?? 13 years of swimming total 3 years of Jr. High swimming 3 years of high school swimming Taught swimming lessons Mentored with GST Background Info Good morning, everyone! My name is Kelsey Ochsner! Significance Today I will be telling you about my growth of swimming through my background, significance, and reflection. Reflection I have lived in Wyoming all my life, and swam for much of that time. Swimming