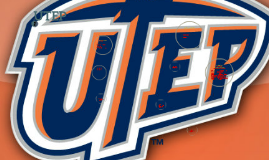 Transcript: SAT Critical Reading: 390/ 490 SAT Math: 420/ 530 SAT Writing: -/ Attendance History of UTEP State cost of Attendance: $19,960 UTEP enrolls nearly 23,000 students UTEP is the largest university in the U.S. with a majority Mexican-American student population (about 70%) Uteps's enemy is the Aggie, from New Mexico. In football season, both of these university play off and the winner gets traveling trophies. Program: Ph.D. in Computer Science Student level: DR Required Credits: 72 Major: Computer Science/PhD UTEP SAT Scores Tuition requirements Club Zero Club Zero, UTEP's math club, is open to all students, of any major. Club Zero promotes the academic and professional growth of students interested in mathematics. Computer Engineer Students' Life All about Greek Life at UTEP Students are allowed to live in dorms, and in the campus there is a variety of activities to do. The average cost of tuition and fees for a typical student based on enrolling for 30 credit hours per academic year including 6 hours in the summer semester. The actual costs that a student incurs will vary depending on the student's degree or certificate program. Thank you! Degree Plan 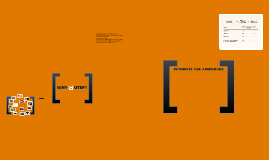 Transcript: THE UNIVERSITY OF TEXAS AT EL PASO Largest University in the United States Offer 75 bachelor degrees, 78 master’s-level degrees and 19 doctoral degrees Location-close to home One of the state’s “Emerging Tier One” universities Outstanding athletic facilities and organizations 170 student clubs and organizations WHY UTEP? PATHWAYS FOR ADMISSIONS 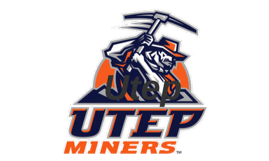 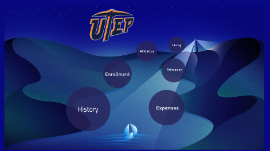 Transcript: History History The school opened in 1914 then in 1919 the school became the college of mines. First version Expenses Cost estimated An undergraduate has an estimation around 18,000, which includes transportation. Although for undergraduate non-resident has an higher estimation. 30,476. Graduates pay 16,744, graduates non-residents pay 25,452. Enrollment How many attend? In 2015, 23,397 students were attending. Currently there are 3737 graduates. Along with 21,341 undergraduates. Admission Admission To get in you need to have an official GED score. Even a SAT or ACT scores. Something that isn't necessary but can give you a better chance is a writing sample. Athletics Fees The school offers recreational sports but there is a fee. Once payed, the student can start once classes start. It continues until the beginning of the second semester. Although a bonus is that you can pay for a spouse or dependent children, that fee is charged every semester. Living Student living The living status is a apartment like style. There are 2 or 4 bedroom units. Along with studying areas or recreation center. When there is free time or you want a break there are clubs to join. Clubs for volunteering and community outreach. Or a sport which can help with fitness. Even if you don't want these ones there is always writing for the college newspaper. 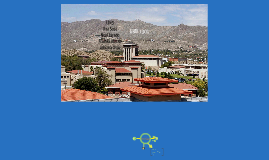 Transcript: UTEP Police Department Tutoring Center TUTORING CENTER WRITING DEPARTMENT HOW CAN WE HELP YOU  Analyze your audience  Understand different types of writing: Response papers Research reports Summaries Arguments  Decide on the appropriate format for your writing  Brainstorm ideas and organize your thoughts  Find the right words to express yourself  Decide on the best way to revise your drafts  Learn how to correct grammatical errors  Document your sourcesUniversity Writing Center Regular Tutoring Hours Monday- Thursday 9:00 a.m.-4:00 p.m. Friday: 9:00 a.m.-2:00 Saturday : Closed Sunday: Closed Library Building 2nd Floor, Rm 227 http://academics.utep.edu/writingcenter No fee Additional Tutoring Locations Tutoring is avaible after hours at Miner Village and Miner Heights . Check our website for available days and hours (Arrangement Pending) *Service ends 15 minutes before actual closing time or earlier when necessary. HISTORY DEPARMENT HOW CAN WE HELP YOU The tutors can help you with writing history term papers and essays, or simply help you put historical events into perspective. ALL students enrolled in HIST 1301/1302 and HIST 2301/2302 are encouraged to visit the History Tutoring Center. This means you, whether you are carrying an "A" or an "F" in the class. Everyone can learn something at the History Tutoring Center. Office Hours MON. 9:30-11:00 & 1:00-4:00 LART 327 2:00-4:00 UNIVERSITY WRITING CENTER TUE. 10:00-1:00 LART 327 01:00-3:00VIA E-MAIL 3:00-4:30 UNIVERSITY WRITING CENTER WED. 01:00-5:00 LART 327 10:00-12:30 VIA E-MAIL THUR. 12:00-5:00 ROOM LART 327 3:00-4:00 UNIVERSITY WRITING CENTER FRI. 01:00-3:00 VIA E-MAIL History Lab Hours for History 4325 MON. 11:30-01:30 LIBERAL ARTS 405 A WED. 7:00-9:00 P.M. LIBERAL ARTS 403 THUR. 10:00-12:00 LIBERAL ARTS 405 A SUN. 7:00-9:00P.M. LIBRARY LOBBY BY THE COFFEE SHOP Maria L. Schrock & Aaron Margolis History Tutoring Center LART 327 Telephone Number: (915) 747-7058 email: utephistorytutoringcenter@live.com http://academics.utep.edu/history No fee How can we help you Helps students become active participants in the academic experience and university life by helping them improve their English language and academic skills. Our students are mainly Spanish-speaking students from Mexico, although a few students from other countries are also enrolled in the program. Since its inception ESOL has grown rapidly. Today, approximately 500 students enroll in ESOL classes each semester. Department of Language and Linguistic Is committed to excellence in teaching and scholarship that preparesstudents to fully understand the nature, importance and multiple roles of language, literature, and culture. Languages: • Arabic • French • German • Hebrew • Latin • Persian • Portuguese • Russian • Spanish Degree Programs: • French • Spanish • Linguistics • Translations • Brazilian Studies • ESOL Liberal Arts Building 137 Phone: (915) 747-5767 http://www.academics.utep.edu/langling No fee Math Resource Center HOW CAN WE HELP YOU Tutors are here to help you understand the topics you are studying. They can help you understand your text and the examples it provides. They can guide you through the solution of typical exercises, and help you devise a problem solving strategy to use in the course. TUTORING HOURS Mon, Tue, Thu 9am to 6pm Wednesday 9am to 7pm Friday 9am to 2pm Saturday 11am to 2pm Sunday 6pm to 9pm Library Room 218 Phone Number 915-747-5366 e-mail: marcs@utep.edu http://marsc.utep.edu No fee Prepare for Tutoring Come to the MaRCS in Library 218 during our working hours Check in at the reception desk out front. Inside the center, sign up, and a tutor will assist you. You must present your UTEP ID when you sign in for tutoring. Bring: Your textbook. All paperwork associated with the class (syllabus, exams, and assignments). Most of all, bring your questions. The better you understand what you need help with, the easier it is for us to help you. POLICE DEPARTMENT The University of Texas at El Paso's Police Department is engaged in a partnership with all university faculty and staff to fulfill the University's vision to provide quality higher education for a diverse student population and to promote the ideals of excellence and access. The Police Department is committed to this partnership, these ideals and the specific charges of ensuring a safe and welcoming campus environment for students, staff, faculty and the public Police Administration Building 3118 Sun Bowl Drive TELEPHONE NUMBERS EMERGENCY Police, Fire, EMS 911 Duty Dispatcher Non-Emergency 915.747.5611 TDD/TTY Hearing Impaired 915.747.5007 Department Fax FAX 915.747.5636 http://admin.utep.edu/police OFFICE HOURS QUIZ Does the ESOL program helps students become active participants in the academic experience and university life by helping them improve their English language and academic skills? TRUE FALSE Is the police department open at 7 days a week 24 hours? TRUE FALSE Does the University Writing Center at UTEP 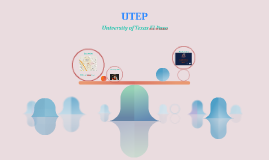 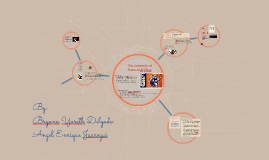 Transcript: For native El Pasoans it is a huge benefit to attend Utep for many reasons. 1. Its closer to home 2. Ranked #1 for the fourth year in a row in the category of social mobility. 3. UTEP offers 81 bachelor's, 72 master's and 13 doctoral degrees with more on the way. Number of Majors: 7 College of Business College of Education College of Engineering College of Health Sciences College of Liberal Arts School of Nursing College of Science Acceptance Rate: 99.9% Requirements to attend: Application for admission found at www.applytexas.org. Official* SAT, ACT, or ACCUPLACER score report. Official high school transcript (the Recommended High School Program or Advanced High School Program is required), rank, and graduation date. $15.00 late application fee if applying after the priority deadline GED certificate if the applicant did not graduate from high school Conclusion: Location: Address: 500 W University Ave, El Paso, TX 79968 The El Paso, Texas, campus features a one-of-a-kind collection of buildings in the Bhutanese architectural style. The UTEP campus is located on hillsides overlooking the Rio Grande, with Cd Juárez, Chihuahua, Mexico, within easy view across the border. Student Population: It has a total undergraduate enrollment of 19,817 UTEP's student population is 71 percent Hispanic. Nearly 82 percent of its students are from the El Paso region and 10.6 percent from Mexico. Mascot: The nickname Miners came from the fact that the school was founded as the Texas State School of Mines and Metallurgy. Other names were considered, such as “Ore Diggers” and “Muckers.” (Paydirt Pete) Admissions contact email & phone number: 102 Academic Services Building Phone: 915.747.5890 Fax: 915.747.8893 futureminers@utep.edu www.utep.edu/admit Programs Utep is known for: College of Business College of Education College of Engineering College of Health Sciences College of Liberal Arts School of Nursing College of Science What sets Utep apart from others: We stand apart from other departments offering bachelors and master's degrees because we are uniquely situated in the Borderland region of the United States, and many of our undergraduate and graduate students, faculty, and staff are bilingual, speaking and writing in both English and Spanish. Unlike most major R1 Universities in the United States offering undergraduate and advanced degrees in Philosophy, our majors are nearly 90% Hispanic, our graduate students are about 60% Hispanic History of UTEP: The University of Texas at El Paso, officially opened September 23, 1914, with buildings located on Ft. Bliss. A fire destroyed the campus in 1914 and the University moved to its current location. The University opened with 27 students. Fall 2011 enrollment reached a record breaking 22,640 students. Interesting facts about UTEP: The Texas State School 0f Mines and Metallurgy enrolled 27 students on opening day, Sept. 23, 1914. The College of Mines consisted of a 25-room dormitory and a 34-room Main Building on Fort Bliss. Students majoring in mining or engineering were called engineers, while students majoring in arts or education were called peedoggies. Beanies - New students were once encouraged to wear freshman beanies during their first semester of study. Sports program : Track & Field Football Womens Basketball Mens Basketball The University of Texas at El Paso Recreation center: By: Bryana Yareth Delgado Angel Enrique Jauregui 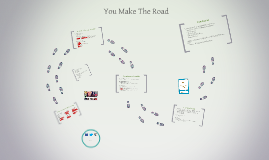