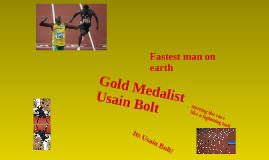 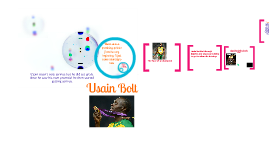 Transcript: Usain battled through injuries and vigorous training to get to where he is today. The face of a Champion Usain took home the gold at the London Olympics for the 100m with a time of 9.58 seconds. Usain does it again to rewrite history August 24, 2012 Ive never had so many people look up to me before. Ive gotten so much praise for doing something that i love to do. I guess thats one thing that keeps me going. Also knowing that i have a whole family and country that supports me is also very great. photo (cc) Malte Sörensen @ flickr Usain Bolt Usain wasn't very serious but he did set goals. Once he saw his own potential he then started getting serious. August 6, 2012 Tonight is the last night before one of the biggest races of my career. Tomorrow I run the 100 meters at the London Olympics. I am not scared… I am ready to be victorious. I am going to run it in 9.4 seconds. People say that is impossible but I don’t think so, impossible would be running it in 9.2 seconds. I have been training hard and I believe my time to achieve greatness is now. It is not just for me it is for my country to. Usain swas a promising sprinter from the very beginning. It just came naturally to him. Usain grew up in Jamaica all his life. August 8, 2012 I did not get 9.4 seconds but I did still reach greatness and I took home the gold with a time of 9.63 seconds in the 100 meters. I am so grateful for all the people that watch me achieve my goals and that cheer me on. My family is so important to me also. Since I did not reach my goal time that doesn’t mean I give up that means that I have a reason to keep running and to get to that the next time. Tomorrow I race once again and I know I am going to win that race to. August 23, 2012 Ive been really busy! I thought once i completed my goals i would be less busy but i seem to be more busy making new goals. Ive been thinking alot about how it felt at the Olympics listening to all those people cheer for me. It was one of the best feelings in the world. He never thought about doing track until the track coach told him he should try it. Usain took a trip to the London Olympics to bring home the gold and break a world record for the four hundred meter dash with a time of 36. 85. Ever since his first competition he has always had a goal to do something like this and now that he has we wonder what is coming up in the future. Usain had everyone tuning in to watch him as he took this big leap to victory. He is an inspiration to all people and is an important part of the Jamaican team. We just have to wait and see what his future holds after he has already accomplished most of his goals. August 10, 2012 I am so happy with my race from yesterday. My training has brought me so far. I took home the gold from the 200 meter race with a time of 19.32 seconds. For the past few years since I started running I have done nothing but do vigorous training and dieting. I am so glad that now it has all paid off and that all my dreams are coming true. He was always interested in sports but never participated in them. 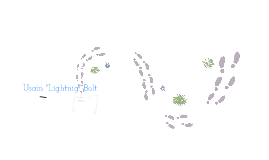 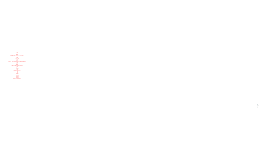 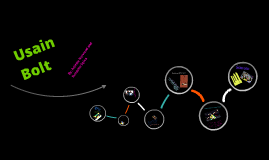 Transcript: Usain Bolt By: Juliette Norwood and Sunshine Spiva His Background * Usain Bolt was born August 21, 1986 in Trelawney, Jamaica. * He ran for his country Jamaica in the Olympics. * He is also know as "The Fastest Man in the World." How Usain Got Started in the Sport - Since a very young age, Bolt was obsessed with sports such as: cricket and football. -When he enrolled into William Knibb High School, his cricket coach was impressed by his height and speed, and insisted that he should try track and field events. -Although he was a gifted sprinter, he never actually considered it as his professional career. His Training and Challenges ~ Despite a hamstring injury, Bolt was chosen for the Jamaican Olympic squad for the 2004 Athens Olympics, sadly he was eliminated in the first round of the 200-meter because hamstring injury. ~ In 2005, Usain Bolt replaced his long-time coach, Pablo McNeil for Glenn Mills. ~ In 2007, Bolt broke the national 200-meter record held for over 30 years by Donald Quarrie. Usain's Sports Accomplishments > Usain Bolt won 5 gold medals from the Olympics in 2008 and 2012 and was the fifth person to get 5 Olympic awards and the first to do it under the age of 26. > He won gold in the 100m, 200m and 4 x 100m relay. > All of his races were won in world record time! His Olympic Performance ~ 1st place: Usain Bolt ~ 2nd place: Yohan Blake ~ 3rd place: Warren Weir ~ Jamaica, Jamaica, Jamaica! As the island finished first, second, and third in the 200 meter run. ~ Folllowing his 200 meters dash, he had an interview with CBS News. Bolt detailed his pride over his 2012 performance and this is what he had to say: "It's what I came here to do. I'm now a legend. I'm also the greatest athlete to live. I've got nothing left to prove". Usain Bolt's Future Plans > Usain Bolt's Future Plans Still Unclear, Says He Could Add Long Jump or 400-Meters. > Usain Bolt wants to defend his three Olympic titles at the 2016 Rio de Janeiro Games but he has undecided about plans for next season. > Regardless of what he decide, Bolt said he is definitely planing to compete at the 2013 World Championships in Moscow, Russia. Sources: Sat.15,2012 http://www.biography.com/people/usain-bolt-20702091 Sat.15,2012 http://www.buzzle.com/articles/usain-bolt-biography.html Sat.15,2012 http://www.dailymail.co.uk/sport/olympics/article-2186206/Usain-Bolt-wins-200m--London-2012-Olympics.html Sat.15,2012 http://espn.go.com/olympics/trackandfield/story/_/id/8318513/usain-bolt-targets-2016-rio-olympics-2013-plans- www.firstpost.com/usain/pics/ www.morethanthegames.co.uk http://www.telegraph.co.uk/sport/othersports/athletics/6039682/World-Athletics-Usain-Bolt-wins-100m-gold-in-world-record-smashing-9.58-seconds.html&docid=hwdUS2sRgBI5TM&imgurl=http://i.telegraph.co.uk/multimedia/archive/01463/Usain_Bolt-flag_ Usain Bolt and his Coach, Glen Mills. www. guardian.co.uk THE END www.thesun.co.uk www. sportsdominica.com www.usainbolt.com/team/ 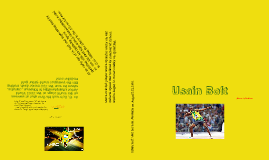 Transcript: Usain Bolt Ariana Windham Usain Bolt was born in Jamaica on August 21, 1986. Was a cricket player and a sprinter early on, His natural speed was noticed by coaches at school, and he began to focus mainly on sprinting. At an early age of 14, Bolt was impressing fans by sprinting with his lightning speed. He won his first high school championships medal in 2001, taking the silver in the 200-meter race. At 15, Bolt took his first shot at success on the world stage at the 2002 World Junior Championships in Kingston, Jamaica, where he won the 200-meter dash, making him the youngest world-junior gold medalist ever Despite hamstring injury, Bolt was chosen for the Jamaican Olympic squad for the 2004 Athens Olympics. He was eliminated in the first round of the 200-meter, though, again hampered by injury The Beijing Summer Olympics, In the 100-meter final, Bolt broke the world record, winning in 9.69 seconds. <http://www.youtube.com/watch?v=o-urnlaJpOA> Following his 200 meters, in an interview with CBS News, Bolt detailed his pride over his 2012 performance: "It's what I came here to do. I'm now a legend. I'm also the greatest athlete to live. I've got nothing left to prove." 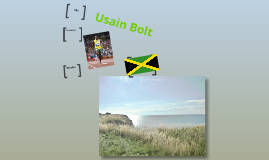 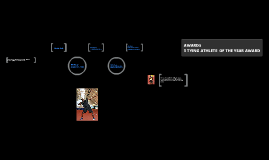